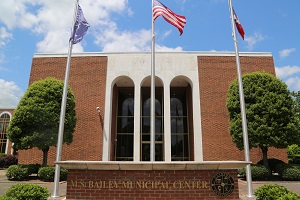 Of the several pieces of surplus property up for bid by the City of Clinton during its October 5 meeting, the rejection of one bid drew heavy criticism shortly after the adjournment of the meeting.

That was the bid from Darlene King Summer, who proposed to buy the old American legion building from the city for $1. On the recommendation of City Manager Bill Ed Cannon, City Council rejected Summer’s proposal. According to city officials, the property had been appraised at a significantly higher value than Summer’s bid.

“The bid package prepared by our legal team stated that council had the right to accept or reject any and all bids,” said Clinton Mayor Bob McLean. “Council felt it was in the best interest of our citizens and our city not to accept $1 for a property that had just been appraised at $85,000.”

Council did, however, move forward with the sale of other surplus property. Jose Suarez bid on three parcels. He offered $1,100 for a 996 square-foot parcel on West Pitts Street, $1,557 for a 2,264 square foot property on Wall Street and $510 for a lot on Davidson Street that is 9/10ths of an acre. Jonathan Gregory offered $35,555 for open land near Sterilite that is just under 54 acres. No one bid on a lot on West Redline Street that consists of 4/10ths of an acre.