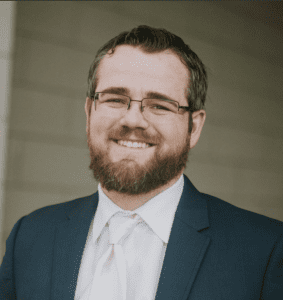 Coaches may have playbooks spanning multiple binders or dry erase boards stained from years of use, but the ultimate measure of their performance may come down to two potent tools at their disposal: acceptance and challenge.

Greg Cranmer, assistant professor in the Clemson University Department of Communication, believes most coaching interactions boil down to these two avenues of communication. Acceptance can come in the form of verbal praise while reviewing film of a game or positive feedback delivered during a one-on-one session. Challenge, while harder to nail down, can be found in a good-natured call to improve or a fiery halftime speech that endorses the potential of athletes to succeed.

Cranmer said that all coaches use these tools, but his research suggests that coaches’ use of confirming behavior with athletes—and their effectiveness in communicating that confirmation—may be one of the keys to not only good relationship and team building, but to winning as well.

While Cranmer warns that coaches shouldn’t overprioritize winning—doing so with young children can set dangerous precedents—it can arguably be a greater focus at higher levels of competition. Cranmer said that winning is often a natural byproduct of the positive benefits of effective confirmation. As coaches effectively accept and challenge their players, they build player skills and team cohesion, which are vital components of a successful team of any kind.

Cranmer explained that his research suggests that confirmation’s impact on winning is fully based upon its ability to create task cohesion. In other words, when a coach gets those core concepts correct and brings a team together, the use of acceptance and challenge can be shown to lead to winning.

Cranmer’s research surveyed 117 student-athletes across five universities and multiple team sports including football, soccer, baseball, basketball, crew, rowing, softball and volleyball. Survey results were quantified so that Cranmer could attempt to make some generalizations across all athletes and sports represented, although even he admits that he’s just beginning to scratch the surface of a truly complex, multi-faceted topic.

He said the research suggests that at the collegiate level, head coaches have been shown to have less of a direct impact on player performance, but where their true power lies is in the way they influence team climate and culture and through the people they bring on staff.

Cranmer explains that the different variables and motivations in play among teams can truly complicate the matters under investigation. For example, starters want to be praised for what they do on the field, and backups want to be praised for their efforts in general. The very nature of competition within a team muddies the research waters.