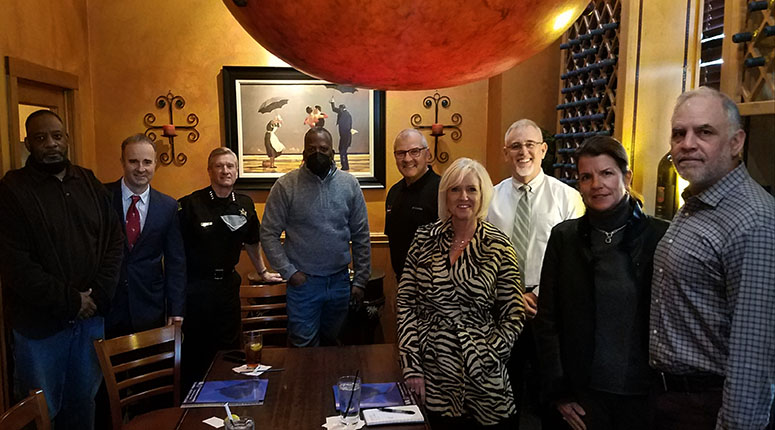 “We wanted to bring area leaders together to continue building on the existing momentum for this extraordinary project,” said Genova. “We will and we are. In fact, this project – by serving military veterans and their families – is one of the best ways I think that I personally can serve my country.”

Often described as a “Ronald McDonald House for veterans and their families” and a veterans families’ “home away from home,” Fisher Houses are veterans families’ comfort homes that for more than 30 years have been constructed within walking distance of U.S. military hospitals and Veterans Administration hospitals, nationwide. According to the Fisher House Foundation, Fisher Houses “provide a loving home where families can prepare meals, eat, sleep, do laundry, relax and rejuvenate while visiting and caring for their loved one in the hospital.” And it’s all at no cost to the families.

Groundbreaking for Columbia’s Fisher House is slated for Sept. 2021 on VA property. Once construction begins, the Columbia house will likely be completed “in less than a year” according to David L. Omura, director of the Columbia VA Healthcare System.

“This is one of our signature projects,” said Richland County Sheriff Leon Lott, who also serves as president of the Palmetto Chapter of the Association of the U.S. Army (AUSA). “We – meaning AUSA, the USO, and the Employer Support of the Guard and Reserve – are all supporting this project together. There is no competition between our organizations, just mutual support for one another, and a mutual striving toward the goal of having a Fisher House here in Columbia.”

Mrs. Donnell Baker, founding president of the Friends of Fisher House whose late-husband MSgt John Baker was a recipient of the Medal of Honor, said: “It is a known fact that a patient will recover faster if his or her family is nearby.”

Baker adds, “We are looking forward to the construction of this necessary Fisher House in Columbia. But that is only the beginning, because after this house is built, Friends of the Fisher House will have people who will come in and cook and serve dinners for the families, or do whatever else is needed. We will always be there to help.”

The Columbia VA Health Care System serves more than 85,000 military veterans, and because of its location in the center of the state, the Dorn VA Medical Center serves 65 percent of the state’s veterans.

Headquartered in Rockville, Maryland, the Fisher House program was founded in 1990 by Zachary and Elizabeth Fisher. The Fisher’s grandnephew, Ken Fisher, currently serves as chairman and CEO of the Fisher House Foundation.

– For more information about the Columbia Fisher House, visit https://www.fisherhousecolumbiasc.org/.