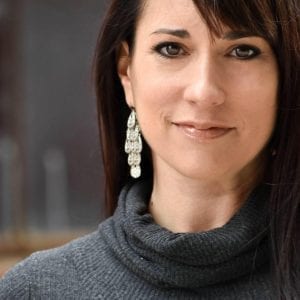 Those six short sentences may well-define this beloved Midlands-area performing arts star – having played among others the roles of Maria in the Sound of Music, Belle in Beauty and the Beast, Eliza Doolittle in My Fair Lady, and most recently Mary Poppins in Columbia’s Town Theatre production of the same name – far better than any 1,600-word magazine feature might. But in Kerri’s case, each sentence could also be editorially expanded into stand-alone features. In fact, her entire life so far has been composed of separate albeit interconnected stories that have charmed and endeared her to so many different personal and professional communities since childhood.

For me personally and for so many of my fellow congregants at Columbia’s Northeast Presbyterian Church (NEPC), Kerri’s charm has had much to do with her Sunday morning vocals usually with NEPC’s senior music director Jeremy Buzzard (Kerri is an assistant music director) and often joined by Haley Reasoner, Jeremy Reasoner, and Dr. Robert Jones; as well as weekly online Christian music performances, entitled WORSHIP WEEKLY LIVE, with Haley and director Jeremy. And of course, many NEPC members are also patrons of Columbia’s Town Theatre, as are untold numbers of South Carolina (and beyond) theatergoers.

Born 1977 in Florence, S.C., Kerri spent most of her childhood in the Palmetto State excepting a year-or-so when her father was attending Bible college in Oklahoma and then when he pastored a church in North Carolina. “Growing up I was kind of a tomboy,” she says. “I was the only girl on my street, and I hung out with all the boys [including her only sibling, a brother three years her junior].”

Like most kids in the 1980’s; Kerri, her friends and her little brother spent most of their time outdoors. “We played outside a lot,” she says. “We rode bikes, climbed trees, and played Star Wars, which worked out for me because I always got to be Princess Leia since I was the only girl.”

Kerri also played softball for a few years, but that ended rather unceremoniously, she recalls, “when a ball to the face resulted in a broken nose and an irreparable fear of ground balls.”

Soon thereafter Kerri developed an interest in and a lifelong love of ballet. “It became my favorite thing,” she says. “I was at the studio for classes every day, and performing was my deepest joy.”

Then there was – and is – Kerri’s angelically mellisonant voice: “I always sang,” she says. “Music was in my blood.”

“My dad was a pastor and my mom was a contemporary Christian singer,” Kerri says. “When Mom recorded her first album in 1987 [when Kerri was 10], I got to sing a couple of things with her which I thought was super cool!”

As a teenager, Kerri was part of a vocal group, along with her mother. The group, Partners in Praise, traveled around the Southeast. “We were singing concerts in churches,” she says. “I was also a dedicated member of my high school show-choir, Knight Edition. These people were also my closest friends in high school.”

As a high school senior, Kerri won first place in a national teen talent competition, and in college she studied music; earning a bachelor of music degree in vocal performance at Columbia College in 1999. But her love of dancing, especially ballet, never waned. Throughout her college years, Kerri performed with the Columbia Classical Ballet Company under the direction of Radenko Pavlovich.

“It was during those years that I fell in love with opera and musical theater when I discovered that they fulfilled all the things I loved to do all in one art form,” Kerri says. “The stage became my absolute happy place.”

“He was a quiet jokester who I thought was super cute and who loved Jesus,” Kerri says. “We were part of the same friend-group in the college ministry at First Baptist Church of Columbia. We went on our first date in July of 1997 and were married in January of 1999 in the middle of our senior year of college. Crazy? Yes. But when you know, you know.”

According to Kerri, the two had planned to marry, then Kerri would complete her masters, and that would be followed by her pursuit of her theatrical and music career.

“Brent had a business degree, so we figured he could work anywhere,” she says. “But God had a different plan. Before I even finished grad school we learned that we were pregnant. What a shock! Caleb was born in March 2001 and I finished grad school in August. My world was turned upside down by this precious boy.”

Kerri continued auditioning and looking for performance opportunities, but she quickly realized that she was not “the kind of person who could do well at mothering while also trying to break into a cutthroat career.” She instead pursued things closer to home.

“I had the opportunity to perform with many professional groups in S.C. – choirs, symphonies, and opera groups,” Kerri says. “I had the chance to work with some wonderful and talented artists.”

And they with her.

Among what Kerri refers to as standout memories are: Touring with FBN Productions, Inc., Opera for Kids,, which was founded in 1994 and directed by Ellen Schlaefer. FBN’s mission was and is to introduce school-age children to the joys of opera. “In early 2002, we toured the region performing a hilarious rendition of The Three Little Pigs which told the familiar story through well-known Mozart arias with rewritten lyrics,” says Kerri. “And when the trip required an overnight stay I got to bring little Caleb ‘on the road’ with us. This is also when I met and began working with Dr. Greg Boatwright, who remains my dear friend and favorite accompanist.”

Also, when the Palmetto Opera was in its infancy, Kerri was asked to sing at a fundraising gala held at the Columbia Museum of Art in conjunction with The South Carolina Philharmonic and alongside noted singers, tenor Walter Cuttino and mezzosoprano Helen Tintes-Schuermann, who were both then on the faculty at USC. “Singing with them was such a delight, and I just specifically remember the gratitude and vivacious responses of that audience,” Kerri says. “It was such a fulfilling concert experience.”

In 2005, Kerri received a phone call from acclaimed band director Gordon “Dick” Goodwin, who asked if she would be interested in singing in China. Goodwin’s call led to Kerri’s performing for a fundraising event held for the Beijing Olympics in Guangzhou, China.

“There, I was treated like a movie star, pampered with hair and makeup crews, and honored with such incredible hospitality,” Kerri says. “I performed a program of opera and musical theater accompanied by a local symphony with an American conductor at the helm who had also been invited by our hosts.” 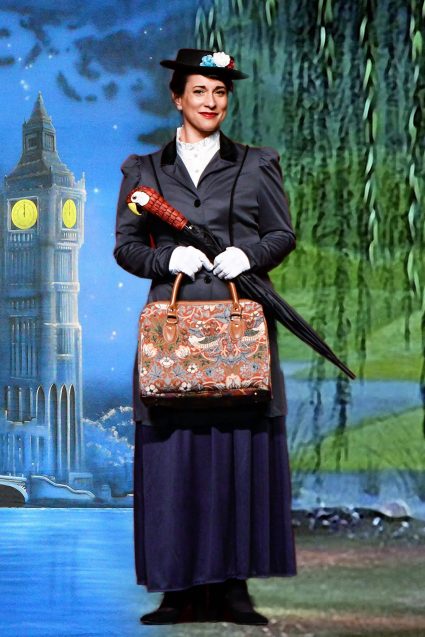 All this, and local performances of Maria in West Side Story, Maria in The Sound of Music, Belle in Beauty and the Beast, and Mary in Mary Poppins: The first Mary Poppins performance being in 2015.

“My favorite musical theater role to date has been that of Eliza Doolittle in My Fair Lady,” she says. “Being Eliza was pure bliss. And I desperately hope to get to perform that role again before I’m completely too old!”

Kerri’s second child, Gracyn, was born in 2003, followed by Maddie in 2007, and Ellie the following year. “Bonus baby Ellie was an absolute shocker surprise in 2008,” says Kerri. “The final addition was Thomas who came to us through adoption in 2010 after we had relocated our family to the mission field in the south-central African nation of Zambia.”

Kerri loves Africa. Her husband Brent first fell in love with Africa during a summer-long mission trip in 1995. And in 2008, Kerri and Brent gathered their young and moved to Zambia. “We fell in love with Africa and her people,” says Kerri. “God imprinted Africa on our family’s hearts and then gave us a vision for building a ministry that can help others experience the same thing.”

The family returned to South Carolina from Zambia in 2014. Brent has since traveled there and back. The mission? AFRICA FREEDOM MISSION, launched in Aug. of 2019, is a Christian ministry that sends teams to Africa on mission “with a heart focus on spirit-led discipleship,” says Kerri.

Soon after Kerri returned from Zambia in 2014, she and Carrie Moss Ballentine, Kerri’s close friend from her First Baptist Church days, produced an album of Christian music, entitled, “Fixing our eyes.”

CHRIST IS EVERYTHING to Kerri, she says: “I gave my life to Christ, as much as I could understand that, at a very young age. I don’t remember a time when I didn’t know God’s presence in my life, and I’ve always, always very easily believed that His words are true.”

She adds, “Of course all our lives we get to know God more deeply as we walk through the beautiful and the horrible things of this life. My life is no exception. He constantly breaks the boxes that I unconsciously put Him in and shows me how much more of Him there is. More than I will ever fully comprehend. And also how much more He has for me. And I want all of it!”

Is there any irony to this beautiful life? “I actually HATE being the center of attention,” she laughs. Those who know Kerri best, know this to be true.

This article was featured in the Spring 2021 edition of THE SOUTHERN EDGE magazine. Photographs are courtesy of Town Theatre.