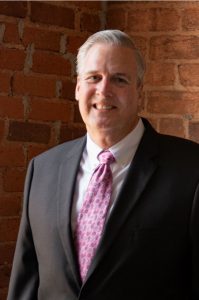 “Rick made many important contributions during his time with the bank” said Kevin Duncan, Greer City Executive. “We are very thankful for both his leadership and teamwork.”

Prior to joining Countybank, Danner served as Vice President of Business Development at Greer State Bank. However, he is best known as the City of Greer Mayor, an important role that he will continue to serve in following his time with Countybank.

“I want to thank the Board of Directors and Countybank leadership team for their vision and commitment to the Greer market and for allowing me to be part of that effort,” said Danner. “I am grateful that I was able to play a role in introducing the full line of Countybank products and services to the Greer community. I am honored to have worked with a talented financial team that has made such a large impact in the last four years on our growing community and wish them continued success.”

Danner will continue to support Countybank’s efforts by serving on its Greer Advisory Board.

“We appreciate everything Rick has done for the bank and will continue to do in his role as Mayor and advisory Board member,” said Ken Harper, Chief Operating Officer. “We wish him all the best.”