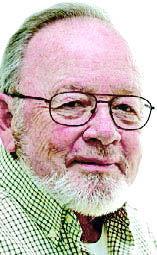 Question: Most South American countries are Spanish-speaking, yet Brazilians speak Portuguese. Why is this? (Asked by a column reader whose Spanish wasn’t any good in Brazil.)

Reply: Brazil is the largest country in South America and is the only Portuguese-speaking country in the Americas. It is the world’s fifth-largest country, both in geography and in population.

The reason Brazilians speak Portuguese is because Brazil was colonized by Portugal, but the history is a bit more complex. In the 15th century, Spain and Portugal were the “big guns.” Columbus had discovered America for Spain, while Portugal was advancing along the African coast. This led to a dispute on how to divide newly discovered lands.

In 1493, the Spanish-born Pope Alexander VI (the head of the Holy Roman Empire) decreed that all lands west and south of the meridian line 100 leagues (about 300 miles) of the Cape Verde Islands (off the west coast of Africa) should belong to Spain. Portugal and its lands were not mentioned. This meridian runs down the middle of the Atlantic Ocean.

The Portuguese King John II was not pleased with this arrangement. He entered into negotiations with King Ferdinand and Queen Isabella of Spain, and signed a treaty in 1494 moving the dividing meridian 370 leagues (about 1,100 miles) from the Cape Verde Islands with Spain claiming lands on the west side and Portugal claiming lands on the east side. With this new line, however, Portugal got a big chunk of real estate on the east side of that line, which included Brazil. The Portuguese explorer Pedro Cabral landed there and claimed it for Portugal.

Question: The term “24/7” is used a lot these days. Isn’t this relatively new? (Asked by a ’round-the-clock column reader.)

Reply: As you probably know, 24/7 stands for “24 hours a day, 7 days a week.” It is used in reference to something that is available at all times without much interruption. Although its origins are not known for certain, one of the first uses of the phrase was in a popular song named “24/7” in 1989 by Dino Esposito. The first lines of the chorus were, “I think about you all the time… 24/7 babe.”

Curious about something? Send your questions to Dr. Jerry D. Wilson, College of Science and Mathematics, Lander University, Greenwood, SC 29649, or e-mail [email protected] Selected questions will appear in the Curiosity Corner. For Curiosity Corner background, go to curiosity-corner.net.