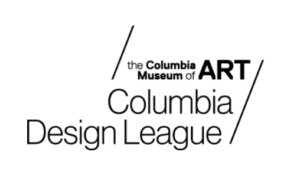 The Columbia Design League, in partnership with the Columbia City Council and Mayor Steve Benjamin, has begun an extended process for selecting a new City of Columbia flag design.

City Council Resolution R-2017-010, adopted by the Columbia City Council on January 10, 2017, established an open design competition for a new city flag. The effort, which was facilitated by the Columbia Design League, resulted in the submission of 544 designs. Of the submissions, 18 designs were identified with assistance from expert vexillologists as top “finalists.” After Council’s review of the finalist entries and the shared public input on designs, it was determined that additional design criteria should be considered, with the hope of arriving at finalist designs that most accurately reflect Columbia’s history and spirit.

In order to proceed to reach the goal of identifying and selecting a new City of Columbia flag, therefore, the following steps will be carried out.

A group of five designers — as determined by the expert, public and jury review process — have been given the opportunity to submit new designs that meet the updated guidelines. Each designer will also receive a stipend of $500 from the City of Columbia.

Designers have been given approximately six weeks to produce updated designs in accordance with the expanded design criteria and may, as before, submit multiple designs. The new submissions will be presented to Columbia’s mayor and City Council for a blind review, which omits disclosure of the designer’s name during evaluation. The mayor and City Council will make a final determination of which flag will be adopted as an updated City of Columbia flag.

The designer of the selected flag design will receive an award of $2,000 provided by the Columbia Design League and Columbia Flag & Sign Company.

When Columbia was founded in 1786 as a new planned city to house South Carolina’s state government, Senator John Lewis Gervais proclaimed the city would be a place where residents would “find refuge under the wings of Columbia,” referring to a personified Columbia, often depicted as a goddess-like female figure. Since then, wings have continued to be a recurring symbol in the City of Columbia identity. Wings were represented as part of the city’s “rise from the ashes” following the burning of the city in February 1865; the newspaper Columbia Phoenix was established in the period following. Wings continue to be a representative image to this day in connections such as the Columbia Fireflies, which are named for the synchronous fireflies in the nearby Congaree Swamp National Park.

Flag designs should incorporate colors and/or symbols that represent contemporary Columbia and the diversity of people that live and work in the city, as well as symbols or shapes that signify wings. Designs also may include other symbols, shapes or colors that signify other key identifiers of the City of Columbia.

The five designers who will be participating in the expanded process are as follows:

Samuel Choate has lived and worked in Columbia for seven years. He enjoys walking his dogs at the Soda City Market and the river walk, kayaking and tubing down the Congaree, eating local food, drinking local beer, and doing all of that with friends and family.

John Gehringer had a 25+ year career as an illustrator, graphic designer, art director, creative director, and adjunct professor of computer graphics at the University of South Carolina. Due to a rare five-organ transplant, he now works as an online volunteer with the United Nations, where he maintains a 5/5 star rating.

Daniel Jones is a former faculty member of the University of South Carolina. He now lives in Pittsburgh but enjoys coming back to Columbia to visit colleagues, friends and family.

Nick Julian, a recent college graduate from the University of Massachusetts Amherst, currently lives and works as a barista in Atlanta, GA. After being inspired by Roman Mars’ “Good Flag, Bad Flag” TED Talk, and being a lifelong lover of flags, he hopes to create even more flags for cities in search of having a better, or first, flag.

The Half and Half is a combination design studio and print shop located in Columbia, SC. Established in 2007, they have worked with a variety of clients ranging from Dave Matthews Band to the Columbia Museum of Art.

“I am very excited about getting this process going and soon adopting a new flag for our historic city,” said Mayor Steve Benjamin. “Thank you to the Columbia Design League, One Columbia, and all others who are turning the idea of a new flag into a reality. We have an incredibly talented group of artists working on this project and I’m looking forward to seeing the designs they all come up with.”

“Of all of Columbia Design League’s many excellent programs over the years, this open design competition will likely result in the most enduring positive impact,” says Columbia Design League co-founder Tom Savory. “I am excited to see how the five top finalists will respond to the additional criteria, and am looking forward to a new city flag representative of our city’s rich history and our vibrant, diverse community.”

About the Columbia Design League

The Columbia Design League (CDL) is an affiliate group of the Columbia Museum of Art. The group works to educate others about design excellence, emphasize the importance of great design, and to broaden understanding of how good design affects nearly every facet of life. The CDL gathers its membership for an annual series of meetings and welcomes guests and nonmembers with an interest in design. For details, visit www.columbiadesignleague.org or follow us on Facebook, Twitter and Instagram.