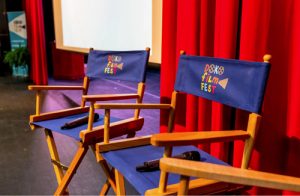 In its third year, the Doko Film Fest is going completely virtual.

The film competition for students aged 14 to 18 – the first such event for high school-aged filmmakers to be held in South Carolina – gives young film producers the chance to show their films to a live audience, attend master classes led by award-winning professional filmmakers, and have their work judged by industry professionals. It’s been held the last two years in Blythewood.

This year, it will be completely online, and will stream over three days – March 19, 20 and 21. Events will start in the afternoons, which lets the West Coast participate. Already, 80 submissions have been received. Last year, a total of 143 came from across the country (from 22 states), as well as from Canada, India, China and the United Kingdom.

The most immediate reason for the change is of course the uncertainty posed by the coronavirus. But as festival creator Ray Smith notes, there are advantages to doing it this way, and they go far beyond social distancing.

“With virtual, they can come from anywhere on the planet (or off the planet),” he said. In past years, live participation was largely limited to local filmmakers. Some of it was done virtually this year, and that enabled participation from as far away as New York and California.

On the other hand, the young artists don’t “actually bump into professional filmmakers” the way they have in the past. So Doko will evaluate how this goes, and decide whether to stay all-virtual in the future, or go back to a hybrid (physical and virtual) approach.

Smith believes Doko has been good for the community. And he knows it has been good for the young artists. The films they have made have covered the full range of things that matter to the makers. Smith urges everyone to look at the films from the past two years, which range from documentaries about loneliness and teenaged suicide to lighter fare. “Sometimes,” he notes, “They’re just about ‘my grandmother.’” But all reflect a form of self-expression that otherwise might be unavailable.

The festival is an all-volunteer production, and depends on contributions to keep going. Find out how to become a sponsor on the website: https://dokofilmfest.com/sponsors

As in previous years, the climax of the event in 2021 will be the awards recognizing the best in each category, as judged and selected by a panel of film professionals.

You can see all the films on the Doko Film Fest website: https://dokofilmfest.com/2020-film-reel

Doko Film Fest gives high school-aged filmmakers from across the USA and beyond a showcase for their visual storytelling. Its mission is to develop the skills, knowledge and confidence of young filmmakers and provide them an outlet for their creativity. The festival promotes Blythewood and South Carolina as a hub for young filmmaking talent and creates a network event that allows young artists to meet peers and professionals as they explore college-level courses in media arts. Doko Film Fest was created by business educator and documentary filmmaker Ray Smith. To learn more about participating, attending or becoming a sponsor – and to view some of the films – please visit https://DokoFilmFest.com.