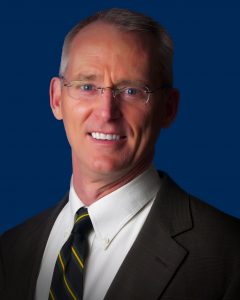 When stalwart conservative Bob Inglis served his first six years in Congress, he considered climate change a hoax perpetrated by liberals to expand the federal government.

Now it is his mission in life.

As a freshman representative, Inglis confessed he believed climate change was nonsense – not for a scientific reason but because it was a liberal cause.

“I didn’t know anything about it, except that Al Gore was for (climate change solutions),” he said. “Inasmuch as I represented Greenville and Spartanburg, South Carolina, in the U.S. Congress, that was the end of the inquiry. … Al’s for it, I’m against it, next issue.”

But events conspired to sway Inglis away from that brand of thinking. In 2004, his oldest son said he would support Inglis’ election if Inglis agreed to “clean up (his) act” on climate.

Congressional trips to meet with scientists in Antarctica and the Great Barrier Reef convinced him that climate change is real and an existential threat to life on earth.

In 2009, Inglis introduced a bill that would raise wages and lower carbon emissions – two conservative heresies, he said, that led to a crushing primary defeat in 2010 and an end to his political career.

However, the loss signaled the beginning of a new cause – republicEN.org –that influences policy-makers and the public to support free enterprise solutions to climate change.

Inglis said there are three policy solutions to consider: regulations on emissions, incentives for clean energy production, and paying a tax on the adverse effects of carbon emissions.

Regulations, he said, cause the conservatives “to break out in hives” and will not work on a global scale because the U.S. cannot regulate emissions in other countries. Regulations also provide an incentive for domestic manufacturers to operate overseas.

Likewise, Inglis said that providing clean energy incentives would reduce emissions and clean the air locally. It is still not the permanent solution to a global problem.

A carbon tax paired with a reduction in payroll taxes and a tax on imports from countries that do not charge a carbon tax is a free market solution that does not grow government, Inglis said. Countries that do not charge a carbon tax of their own eventually will do so to avoid sending money into other countries’ coffers rather than their own. The actual price of goods and energy produced will fossil fuels are passed to consumers who will, in turn, be able to choose cleaner, cheaper options.

“It’s a good way to solve this issue and get the whole world involved,” Inglis said.