Four relics remind me of how things used to be: fire towers, windmills, chimneys, and silos. I’ve written about fire towers, windmills, and chimneys but never silos. I described where a rock chimney stands, its quartz glistening in sunlight like a polished headstone. And I wrote about an old windmill covered in kudzu. Green it was and “green” were the people who used windmills. And I remember a day when blinding bursts of sunlight filtered through a forest only to open up on an iconic fire tower where life was lonely at the top.

But, I’ve never written about silos, which seem lonely to me. Thus I devoted two days to searching for silos, and I found several. My quest took me into western South Carolina and eastern Georgia, the land I call Georgialina. It’s a land where old farms, collapsing barns, dead churches, and lonely chimneys mourn the passing of the past. And so do I. 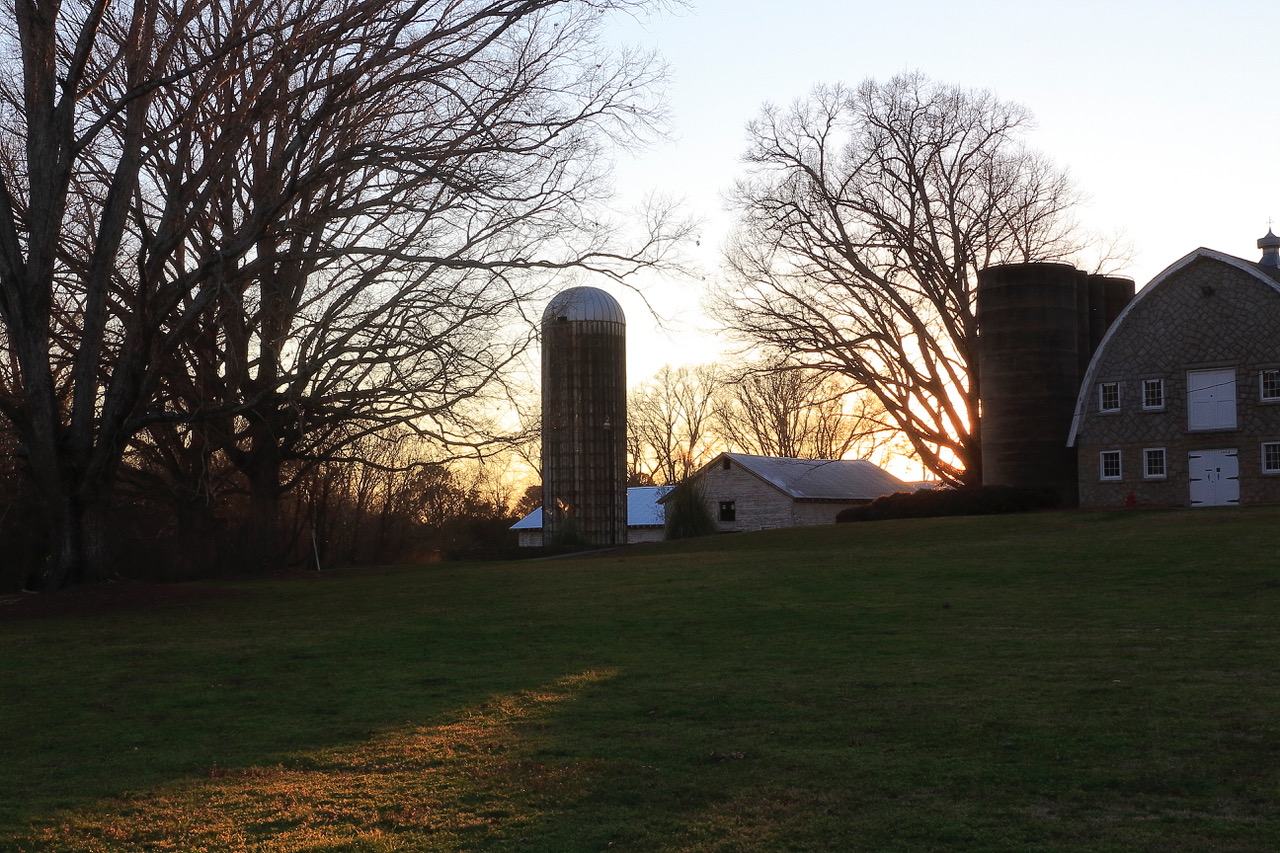 I set out, a seeker of the past, camera in hand. I knew where several silos stood, those stalwart sentinels of yesteryear. There’s the farm come late summer with twin silos, Black Angus, and gold-burnished bales of hay. It’s as pretty as a picture, as pretty as an old vintage postcard. I felt a twinge of remorse, however, when I saw a forlorn silo long empty of ensilage, that five-dollar word for silage. Silos allowed silage to ferment to a point where acidification, a ten-dollar word, preserved it.

Why silos in the first place? Let’s go back to a headline in the November 12, 1916 Atlanta Journal and Constitution: “Modern Silo Solves Problems of Dairies and Stock Farms.” Innovation had arrived to solve a problem. The problem down South was and is winter. As grass goes dormant, it renders grazing most difficult. Farmers could store corn stalks, alfalfa, and grasses in silos for later use. Silos helped keep the oxygen level low, assuring the silage was edible. Thanks to silage, cattle rocked on for a long time, but nothing remains the same. Long white bags were coming.

Eighty-six years later, the Atlanta Journal and Constitution described how Alpharetta purchased three silos to save a part of its past. Other silos nearby had been torn down to make way for a shopping mall. The silos had once been a vital part of a 1,000-acre farm of the 1940s and ’50s. Where cattle once grazed, where silage fermented, kids aimlessly walk tile floors seeking amusement. They grab a Coke and chicken sandwich and play video games and buy practical jokes, like a fake roach on a string. Progress. Here, we see why some silos became relics.

Fodder. That’s what silos held, and silo would enter the business lexicon. A good while back I wrote about such fodder. Business types toss “silo” around as a way of describing organizations unlikely to share important information. “We’ve got to break down silos.” Such pointy-head assignments brought Dylan’s lyrics to mind. “Yes, I wish that for just one time you could stand inside my shoes. You’d know what a drag it is to see you.” But let’s move on.

The sun was setting along Highway 81. There stood a silo with dying light shooting through its broken sides. The silo seemed to hold embers. The sun was literally setting on the silo. Earlier I had driven by a cluster of silos with buzzards atop them as if the silos time to pass had arrived. And there was a silo that appeared to have a tree growing out of it. I wasn’t able to get close enough to verify things, but I knew one thing for sure. It no longer held silage.

Pay attention to the silos you see. They’re tangible reminders of the past. Monuments to a way of life that’s dying. Once they were hailed as saviors. Now, they’re doing their best to be survivors.