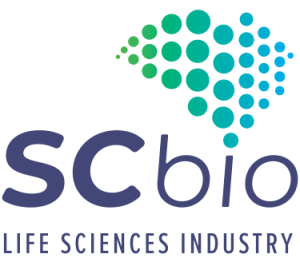 In response to an unprecedented initiative rolling out across the Palmetto State, tens of thousands of South Carolina middle and high school students are learning about the state’s fastest-growing industry – life sciences – even as they play an exciting new mobile video game and compete to win great prizes, organizers report.

SCBIO and its partner Skillionaire GamesTM strategized about ways to develop a next generation workforce pipeline by creating and stimulating tomorrow’s workforce. They chose Rad Lab, a rewarding mobile game that middle and high schoolers love to play. Whether at home, on the bus, in rural regions or inner cities, the more students play, the more they learn, and the more it pays off for them in attaining higher point levels and a chance to win prizes.

The result has been phenomenal in the early going.

After initial beta testing with a few hundred students from Fisher Middle School in Greenville and additional locations, SCBIO and Skillionaire Gamestm launched Rad Lab this fall, rolling it out in regions across the state, much to the delight of students.

Said one enthusiastic middle school gamer upon downloading the app and trying out the game, “The game was made really well. I would play this game instead of watching TikTok.”

Collaborating with partner schools across the state and promoting the gaming app at student Career Fairs and Expos, early results show more than 25,000 students reached in 14 counties across the state – and the main promotional schedule is yet to begin in November and early Spring 2023. Already, organizers have visited STEM events and student career gatherings in Piedmont, Anderson, Greenwood, Columbia, Laurens, Newberry, Charleston, and more communities, with dozens of events still on the schedule for the 2022-2023 school year.

The game provides organizers with trackable geographic data and customizable incentives based on a player’s location, performance and proficiencies as they compete to gain ever-higher levels of skill in various STEM-based life science areas.

With states, regions and industry all seeking the same thing – a qualified workforce pipeline extending into the future – the Rad Lab initiative transforms skills development and career pathway exploration into mobile gaming technology. It revolutionizes how the next generation engages in and views skills-based careers at an early age and encourages their consideration of life sciences as a career path.

Earlier this year, Governor Henry McMaster issued a proclamation recognizing South Carolina Life Sciences Week in the Palmetto State in testament to its growth of more than 42% since 2017 – making it the fastest-growing industry among South Carolina’s knowledge economy sectors. The industry has a $25.7 billion annual economic impact in the state, ranking it among South Carolina’s largest economic contributors. And life sciences impact the entire state, with a current industry presence in 42 of 46 state counties.

November kicks off the program’s introductory “Who Wants to be a Skillionaire?” Rad Lab Prize Month with weekly prizes being announced each week to students who have downloaded and played the game. Prizes will be awarded to students at various levels of participation and accomplishment, and include Apple Air pods, iPads, Xboxes, Nintendo Switches, and much more. There is no cost to download the app or to participate in any of the programs.

“Meeting our future workforce where they are – on their phones – can change the game in advancing South Carolina’s life and health sciences industry,” noted SCBIO Chief Operating Officer and Project Champion Erin Ford. “Rad Lab builds career awareness of Medical Devices, Pharmaceuticals, Logistics and Distribution, Labs and Research, Health Sciences and Digital Health, and provides geo-specific pathway access and great player incentives and prizes based on industry proficiencies. We are literally training and encouraging the workforce of tomorrow to learn about and enjoy our industry.”

In addition to SCBIO, the statewide life sciences industry organization, key sponsors of the initiative include Nephron Pharmaceuticals, SC Power Team, MUSC, Vikor Scientific and Rhythmlink – along with partners Skillionaire Games and Skillsgapp. The South Carolina Department of Education has also been highly supportive of the STEM-focused learning initiative.

The relaunch is part of SCBIO’s strategic emphasis on developing a growing workforce for the fast-evolving life sciences industry. The statewide life sciences organization, which represents more than 1,000 organizations statewide employing more than 87,000 professionals across the state, supports and advances organizations in multiple arenas including drugs and pharma, medical devices and equipment, digital health, research and medical labs, bioscience distribution, bio-ag and more.