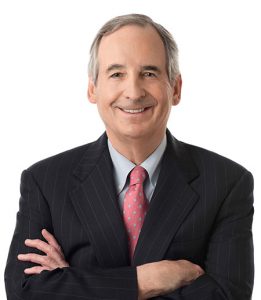 “I don’t know anyone who has had more of an impact on international economic development in South Carolina over the last 40 years,” said Bobby Hitt, former South Carolina Secretary of Commerce.

Mr. Wolfe is partner and co-chair of the Economic Development Practice Group at Nelson Mullins Riley & Scarborough LLP and founding board member of the Columbia World Affairs Council. During his career, he created and amended tax and incentive laws that positioned South Carolina to consistently be one of the leading states for capital investment in the Nation. He has represented companies from Australia, Canada, China, France, Germany, India, Italy, Japan, The Netherlands, Sweden, Switzerland, and the United Kingdom.

The first recipient of the Global Vision Award was the late Gov. Carroll A. Campbell in 1994. It was during Campbell’s tenure that Mr. Wolfe helped create the economic development legislation that led to BMW of Germany’s first manufacturing facility in the United States in 1992, in Spartanburg County, which today represents an investment of more than $11.4 billion and employs some 11,000 people.

Mr. Wolfe represented the Swiss pharmaceutical giant Hoffmann-La Roche in its $750 million research and manufacturing facility in Florence. He also represented Toray of Japan when it made the single largest initial economic development investment in South Carolina history with its $1 billion carbon fiber plant in Greenville to supply Boeing in Charleston.

Mr. Wolfe served as deputy general counsel and counselor to the Secretary for the Department of the Treasury under President George W. Bush and helped create the modern-day financial system and currency in Iraq during two tours in the leadership of the Coalition Provisional Authority in 2003 and 2004.

In 1992, Mr. Wolfe helped create the Columbia World Affairs Council with Fred Monk when he chaired the International Committee of the Columbia Chamber of Commerce and helped establish the organization committee that led to the Council’s formation. Besides its international programs, the Council administers the Sister-City Program for the City of Columbia in seven countries. George has been a long-serving board member.

“There would not be a Columbia World Affairs Council without George Wolfe” emphasized Fred Monk, who was business editor of The State Newspaper when he wrote a column on Jan. 1, 1992, calling for the establishment of a World Affairs Council in Columbia because of Columbia’s broad and deep international ties. At a Committee of 100 meeting that Monk covered, Wolfe asked: “What do you need?” He then proceeded to help Mr. Monk establish the stellar organizing committee of leaders in Columbia that formed the Council.

“We founded CWAC in 1993 to better connect our region with an increasingly globalized world,” said Wolfe. “Through the years, the Council has increased South Carolina’s visibility on the global stage while firmly establishing the State as an important destination in the global economy. Today, the Council serves an increasingly important role in building international relationships and helping our community better understand the rapidly evolving global dynamics.”

The 2020 Global Vision Award was given in honor and remembrance of the late Harry Arthur Huge, Honorary Consul of the Republic of Estonia for South Carolina, attorney, venture capitalist, and philanthropist.