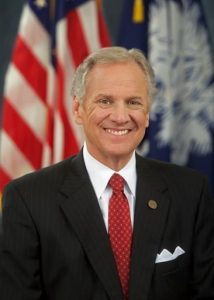 “We are deeply concerned that Congress is considering legislation that gives union labor a competitive advantage over non-union labor in the electric vehicle market.  We oppose this legislation that seeks to exclusively increase tax credits for electric vehicles built by U.S. factories where employees have a collective bargaining agreement,” the governors wrote. “One proposal would provide as much as $4,500 more in tax credits for the purchase of vehicles produced by union labor.  We cannot support any proposal that creates a discriminatory environment in our states by punishing autoworkers and car companies because the workers in their plants chose not to unionize.”

The letter continued: “This legislation is not about supporting emerging technology but is instead a punitive attempt to side with labor unions at the cost of both American workers and consumers. By putting certain vehicles at a cost disadvantage, this legislation works against our states, undercuts our residents, and negatively impacts the U.S. economy. Congress should not enact proposals that favor vehicles produced by one workforce over another, particularly when doing so dramatically limits consumer choice and undermines larger carbon emission reduction goals.”

Governor McMaster first called upon Congress to reject the legislation in a letter to leadership on October 13.