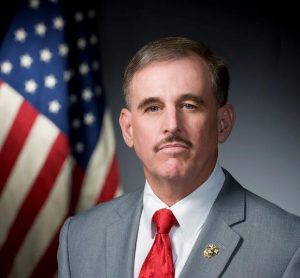 We have all read or heard the words of the Prophet Isaiah who in the presence of God, audibly hears the words: “Whom shall I send, and who will go for us?” To which Isaiah unhesitatingly responds, “Here I am! Send me.” – A divine call and valiant response which I and others were reminded of during two recent ceremonies which we’ll get to momentarily.

I remember as a boy the first time I read Isaiah 6:8, and imagining the prophet, deeply bowed or prostrate, certainly trembling, before Almighty God as he managed to utter those five simple words.

My initial thoughts at no more than eight-or-nine years old were, “Someone actually gets it. He knows what [I believe] I am feeling.” NOT that I was in-anyway acting on those feelings, but I was certainly experiencing them at a young age, unable to describe them and somewhat ashamed of my selfish inaction. In other words, I knew what I was supposed to do. I just wasn’t sure why, and I knew I wasn’t doing it.

Years later, the utterance of Isaiah was precisely what I experienced in my heart as a young man joining the Marine Corps under a guaranteed infantry contract, though the feelings remained as impossible to adequately articulate as they had ever been.

Still, as altruistic as I wanted to believe my feelings were, they were not entirely void of “self.” I wanted to go overseas and I wanted to fight. I also believed that the Marine Corps with a secured “0311 scout rifleman” MOS provided me with the best opportunity to do both.

Many men join the military for many different reasons. For me there was an air of adventure about it all (which appealed to me in my late teens and early 20s) and a chance for glory (I tried to pretend that wasn’t so, and I actually hate the use of the word “glory” in this context). But there was something even greater, and that was the piece of it that I could not quite explain to anyone at the time, not even to myself. But I knew that undefined “piece” existed because I had felt it since I was a boy.

There was a sense of what Isaiah felt – “Here I am. Send me” – which had much more to do with loving something or someone so much you wanted to put yourself out in front of them to make sure you were between them and the darkness that you knew pervaded the rest of the world.

I think it had something to do with innate responsibility. I don’t know. That may be the best explanation for it that I will ever come up with.

As a boy of about 10-years-old, I remember Mom would often wake me when Dad was out of town because she thought she had heard a noise in the front of the house. So while my sister and two brothers slept, Mom and I would proceed throughout the house investigating what always proved to be nothing. But we never knew for sure.

I always took the lead. Mom was about 20 feet behind me with a loaded .32 caliber revolver. She would often say, “Don’t worry son, I’m right behind you.” To which I somewhat wryly responded, “That’s actually what worries me, Mom.”

Nevertheless and as frightened as I may have been at that very young age, I could not fathom having my mom out in front. That would have been even more frightening for me, because that would’ve been something akin to violating one of the cardinal laws of the jungle. I actually, strangely, felt safer in the lead.

The late great lay-theologian and philosopher G.K. Chesterton once said: “The true soldier fights not because he hates what is in front of him, but because he loves what is behind him.”

That’s it! It is love in the purest sense. And perhaps more love than is necessary. Maybe too much.

My mom once told me, “Son, I think you love too hard.” She wasn’t suggesting that I should not love, but that the degree to which I felt love put me at risk: It exposed my heart and made me more vulnerable than others to the pain of this world.

I think Mom was right. I also believe the world needs men and women who, perhaps, “love too much.”

That I think is found in the spirit of Isaiah wherein the prophet immediately responds to God’s appeal.

Jesus tells us: “Greater love hath no man than this, that a man lay down his life for his friends.”

Isn’t that essentially what Isaiah was offering to do? Isn’t that what soldiers do? And missionaries and mothers, and fathers and brothers?

I was again recently reminded of this difficult to define deep-core love.

During an awards ceremony I attended at the Governor’s Mansion, last week, Governor Henry McMaster said to those gathered: “To understand what it takes for a man or a woman to step forward and say, ‘Send me,’ we must also understand that it takes a team to do that.”

A few days later, I attended the swearing-in ceremony for my good friend Chris Cowan, the new Cayce (S.C.) Chief of Police and a former deputy chief at the Richland County Sheriff’s Department (RCSD) where the entire theme of the proceedings was: “Here I am. Send me.”

Cowan’s longtime friend, retired South Carolina Law Enforcement Division Agent Edward E. Smith, Jr. reiterated those five words of Isaiah’s in his remarks about the new chief, reminding all present that Cowan’s primary motivation for service was: “Here I am. Send me.”

Richland County Sheriff Leon Lott, for whom Cowan worked for more than two decades of his 29 years at RCSD, said: “Everybody here is proud of you [Cowan]. Everybody here loves you. You earned it. Nobody has given you anything. And it is a reflection of your selfless devotion to duty.”

The Sheriff was right. And again, selflessness is key in an understanding of the spirit and meaning of Isaiah’s words.

Everybody in 2021 who is acting out of kindness or charity is now somehow “selfless,” and everybody who does something good or noteworthy is now “heroic.” Neither is true.