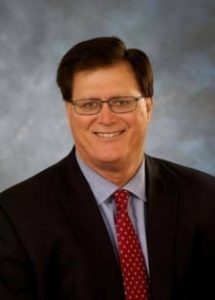 House Speaker Jay Lucas (District 65-Darlington) pre-filed six individual bills intended to protect ratepayers and restructure various agencies involved in the VC Summer nuclear facility collapse. This is the first of two pre-filing legislative dates where bills can be submitted before the legislative session resumes in January. Once received by the Clerk’s Office, the bills are sent to the Speaker and assigned to a Committee.

“Protecting the South Carolina ratepayer in the aftermath of the VC Summer nuclear facility fallout has been the House Utility Ratepayer Protection Committee’s sole focus throughout its extensive and thorough study. The legislation introduced today lowers current rates and prevents consumers from paying a single penny more for the costly failed project. Additionally, the bills gut existing law and put proposals in place that advocate for the ratepayer rather than utilities and its investors.

“In recent months, it has become overwhelmingly evident that increased oversight and necessary reforms must be made to several state agencies in order to prevent a fiasco of this magnitude from occurring again. I am confident that the solutions offered in this legislation will require utility companies to meet strict criteria and present significant evidence before a single rate increase is approved in the future,” Speaker Jay Lucas stated.

Speaker Lucas has assigned all six bills included in the Utility Ratepayer Protection Package to the House Judiciary Committee for debate.  With the impending litigation and legal ramifications associated with the VC Summer fallout, the Speaker believes that Members who have legal expertise are best suited to review the series of bills. The committee process is tentatively scheduled to begin in the coming days.

H.4375 – Ratemaking – Requires the utility to pay for debt obligations, interest payments and shutdown costs associated with VC Summer; Halts the 18% rate payment on SCE&G consumers’ bills; and Authorizes the PSC to implement a new interim rate that protects ratepayers by lowering costs and removing all VC Summer fees

H.4378 – Creation of Utility Oversight Committee – Replaces the PURC with a new 12-member board comprised of legislative and gubernatorial appointments

H.4380 – Ratepayer Refunds – Authorizes the PSC to require SCANA to issue refunds to the ratepayers