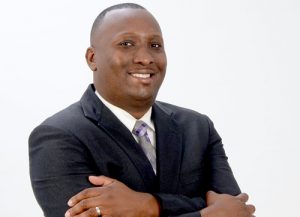 Lavinia Corley Thompson was born into slavery in South Carolina on June 3, 1844.

She would follow her master into battle in the Civil War, serving the Confederate army as a cook. Six decades later, she would be among about 100 black South Carolinians who received small pensions for their involuntary service to the Confederate cause.

At noon on Friday, Aug. 28, her great-great-great grandson, Walter Curry, will share what he has learned about her remarkable story in a lecture that is part of the South Carolina Confederate Relic Room and Military Museum’s monthly Lunch and Learn series. Dr. Curry is the author of The Thompson Family: Untold Stories from the Past, 1830-1960. The program will be presented live on Zoom, rather than at the museum itself.

Although the museum is now open again, it is still following procedures to prevent the spread of the coronavirus, and that includes presenting live programs that might normally draw a crowd via the Web. Visit relicroomsc.com or check the museum’s Facebook page for details on how to participate.

Dr. Curry has pulled together an extraordinary amount of information about his enslaved ancestors, following them from Africa, through the Middle Passage, through the years of slavery before the war and their lives well after emancipation.

It all starts with a generation-to-generation oral slave narrative that Lavinia Thompson told to her descendants. At one point, Nettie Thompson Johnson – Dr. Curry’s great-grandmother’s half sister – wrote the stories down, beginning with Lavinia’s account of how her mother, Phyllis Corley, “came over on a boat.”

Of course, Phyllis Corley wasn’t her original name, but one given by her owners in South Carolina. Her first master was named Matthew Borden. When he died, he left Phyllis and several other slaves to his friend Joshua Corley. The Corley plantation was located in the Barnwell District – now part of Aiken County – around the Kitching’s Mill area, near Salley.

It’s where Lavinia grew up. At one point, an arrangement was made to sell her for $100 to someone in Tallahassee, Florida. The overseer came to get her to take her away, but she protested – and was beaten so badly that her white dress ran red with blood.

She was never sent to Florida, but was instead assigned to the Webb plantation next door. Samuel J. Webb had married Joshua and Anna Corley’s daughter, Charlotte. Webb was the Confederate soldier she followed into battle as a cook at the age of 19, serving in that capacity from 1863 until the war’s end in 1865. Dr. Curry will tell in detail what it was like to have the task of feeding the poorly provisioned Confederate soldiers on the front line.

Dr. Curry will also talk about what Lavinia’s life was like after the war as she settled down with a family of her own, working as a homemaker and farmer. He has a sample of her handwriting – the signature that obtained her a Confederate pension on May 25, 1925. She died on June 8, 1928, five days after her 84th birthday.

Walter Curry received the 2019 International Afro-American Historical and Genealogy Society Book Award in the Non-Fiction Category-Genealogy for his book about the Thompson family. The South Carolina General Assembly later recognized him for his contribution to African-American history and heritage in South Carolina.