One word. That’s all it takes, and the brain’s mystifying chemistry swirls past and present into an amalgam we call life. Phases pass before us in an experience akin to schizophrenia. We’re different people as we navigate life’s phases. Foolishness, dissolution, disappointment, jubilation, and God knows what else lay their hand upon us. We can’t believe what we did, but we did. We forget things, of course, but a catch 22’s at work here. What we forget makes us who we are as much as what we remember.

I remember plenty. At the corner of Gervais and Lincoln Street in Columbia a historical marker ferries me across the river, Time. I see my fifth-grade teacher sitting upon her desk reading a letter from a fifth-grade pen pal class in Illinois. Mrs. Turner wears black-framed glasses, a white blouse, and red skirt. She laughs and crosses and re-crosses lean legs as she reads. “These northern students can’t believe a place in the Deep South took its name from Abraham Lincoln.” 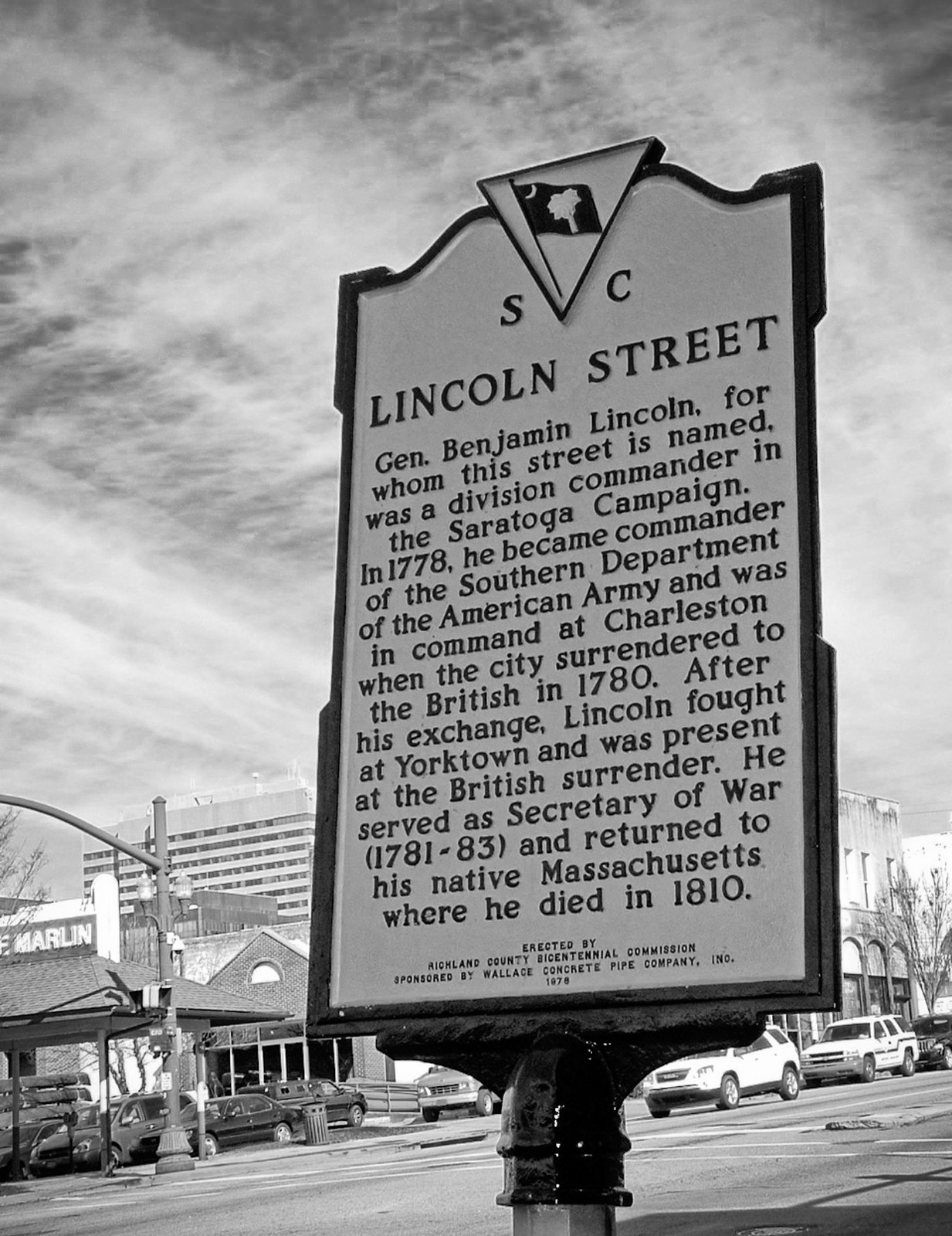 Some 41 towns and cities carry the name “Lincoln.” A state, Lincoln, was even proposed for North Dakota.

Years ago, following a major life shift, my habit was to dine alone at the Blue Marlin on my birthday. Just outside was where I boarded the Silver Star at 12:15 years earlier. A few other nightriders—nomads come to mind—joined me. Our ribbon of rolling steel pulled out of Lincoln Street and crept through town. We eased past a building where “ADLUH” glowed red, a place where men milled flour and cornmeal. And then city lights were no more.

We hurdled through the darkened countryside swaying in a rhythmic clacking that would be our accompaniment all night. How mournful the horn in the dead of night, how mystifying to those in blackened countryside beds. To what magical venues are people headed? Why they’re headed to that mythical place, “Somewhere Else.”

All the night clacking conveyed me somewhere else all right. To Steve Goodman’s song of regret, “The City of New Orleans.” Arlo Guthrie transformed Goodman’s lament into a 1972 hit. A train sounds its dirge-like notes with good cause. It’s a goner. Darkness, doleful horns, riding with sad strangers … altogether it’s a requiem. To this day whenever I hear a train in the dead of night the blues take over me.

Throughout the night we swung like pendulums as the train swayed side to side.

In Savannah a drunken rowdy woman boarded. She must have combed her unruly hair with a firecracker. She went from man to man, “My name is Mandy, and I have sweet candy.” She sang at a local bar, said this gypsy chanteuse. The conductor put her off at the next stop, and all grew quiet but for the clacking of wheels.

There was nothing to do but sit in the dark and gaze out the window. I saw a blur of ghostly trees and fields punctuated now and then by yellow lights and occasional pale water as the Silver Star crossed rivers, swamps, and estuaries’ outermost tips. Perhaps alligators watched as we hurtled through, our diesel breath rattling palmetto fronds and streaming Spanish moss back like an old woman drying her hair. Across a field I thought I spied a faraway interstate but a forest closed off my view.

We came to a dead stop. I pressed my face against the window. Swirling phantoms approached. The Silver Meteor roared by, bound for the Big Apple.

My journey ended in the Deland depot at 7:30 in the morning. In a large field sat noble old locomotives and rusting coaches. A station attendant said a fellow was providing a resting place for 1930’s luxury trains. They rested in a graveyard of sorts and I thought of Goodman’s song again.

Lincoln Street. It sounds like a television series, and in a way it is. We all should have Lincoln Streets where stories rise from within, an archaeological dig of sorts.

Many years later on a cobalt-sky October afternoon I was driving I-95 to Jacksonville. I glimpsed a trestle over golden marsh. “My name is Mandy and I have sweet candy.” What happened to the unruly woman from Savannah? Dead I’m sure. The glory days of Zephyrs. Dead. Steve Goodman? Dead. My teacher? Dead.

No, they’re not dead. They live on and all it takes to summon them is one word. Just one word. “Lincoln.”