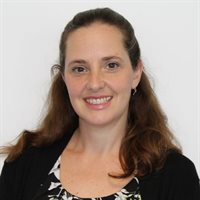 This tour was organized to promote climate change action, support ending the U.S. economic blockade against Cuba, and to offer information about Cuba’s international medical collaboration in the fight against COVID-19.

“Climate change and COVID-19 both disproportionately affect marginalized groups like Black, Brown, and Indigenous folks. These groups—often composed of working class people—bear the brunt of the socioeconomic effects of environmental change. We hope to learn more about Cuba’s model from Dr. Yaffe and compare that nation’s approach to fighting climate change and COVID-19 to our own experiences here in the Lowcountry,” said Erica Veal, co-founding member of the Lowcountry Action Committee.

Yaffe’s speaking tour in more than 15 U.S. cities will feature campus and community meetings to build support for local environmental actions and will offer virtual options, like the Lowcountry event.

Community members can register for the virtual screening and join the discussion on March 23rd by visiting www.tinyurl.com/climate-talk-chs.

Dr Helen Yaffe is a Senior Lecturer in Economic and Social History at the University of Glasgow and a Visiting Fellow at the Latin America and Caribbean Centre at the London School of Economics. Since 1995 she has spent time living and researching in Cuba and participating in solidarity campaigns.

She has co-produced two documentaries: Cuba & Covid-19: Public Health, Science and Solidarity (2020) and Cuba’s Life Task: Combating Climate Change (2021). She is the author of Youth Activism and Solidarity: The Non-Stop Picket against Apartheid (2017), We Are Cuba! How a Revolutionary People Have Survived in a Post-Soviet World (Yale Press, 2020), and Che Guevara: the Economics of Revolution (2009).

About the People’s Budget Coalition

The Charleston People’s Budget Coalition is a united front advocating for an equitable city budget, the elimination of poverty and racial disparities, and a redistribution of power to create true accountability with city officials in Charleston.

Charleston Climate Coalition is a 501c3 non-profit that creates alliances between community, private, and public organizations to tackle the global climate crisis by starting at home, in the Lowcountry.

About the Lowcountry Black & Hispanic Coalition

About the Lowcountry Action Committee

The Lowcountry Action Committee is a Black-led grassroots organization dedicated to Black liberation through service, political education, and collective action in the Lowcountry.