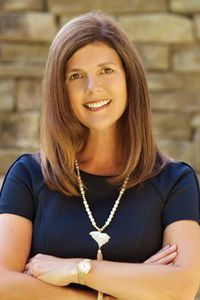 The goal of the challenge is for 10,000 South Carolina households to complete the census before the end of the day. This would represent an approximate two-percent increase in the state’s census response.

“The one thing we have to stress is that the census only happens once every ten years, so we do not get a second chance,” said Lt. Governor Evette. “We will be living with the consequences of these numbers for the next 10-years especially when we are making important changes in our state with broadband, roads, schools, and healthcare.”

“Completion of the Census is critical,” said Brenda Murphy, President of South Carolina NAACP. “The data gathered by the Census is used to determine how billions of dollars will be spent every year for the next ten years in our communities. We want to make sure everyone is counted because those numbers are critical.”

A complete count of S.C. residents will drive local funding allocations for schools, healthcare, disaster response, and more than 50 other federal programs for the next 10 years.

“We believe that every South Carolinian should be recognized, acknowledged, valued, and counted,” said Naomi Lett, President and CEO of United Way Association of South Carolina. “In order to make sure that they are recognized, acknowledged, and valued it is important to make sure that they are counted. We want the folks who have been invisible in the last Census, whose communities did not get funding, to receive funding this year because of the Census.”

State agencies, local governments, and over 200 nonprofit organizations are working together to encourage South Carolinians to respond to the census. Statewide, communities are holding events including census drive-thrus, raffles, and social media challenges to raise census response rates.

“The Census is for all of us,” said Guillermo Espinoza, Chair of Latino Alliance of the Midlands. “It provides funds for various programs, like education, public housing, workforce, and community development. All of that in your own community. Filling out the Census is safe, confidential, and by taking ten minutes of your day you’re able to provide these resources to your own community, your family, and yourself.”

“Let’s make today, our South Carolina Census Day of Action, our best response day ever,” said United States Census Bureau Representative Lindy Studds. “If you haven’t responded, go online or call today. If you have responded, reach out to ten family, friends, coworkers, and neighbors and remind them, because it’s about all of us being in this together.”