On a hot, windless Sunday, I found a place where wind swept up and over a cliff to pour through pines. The cooling torrent felt like a sea breeze off Pawleys Island, though I was nowhere near sea level. It made for a great place to see the smoky blue Georgia horizon reveal Earth’s curvature.

Far below, a parched basin with its acid pool and barren, rocky land looked like an alien planet in a science fiction movie. I was gazing upon some alien world. A mesa overlooking a wine-colored pool reinforced the feeling I was seeing a setting in a sci-fi film, and I was. 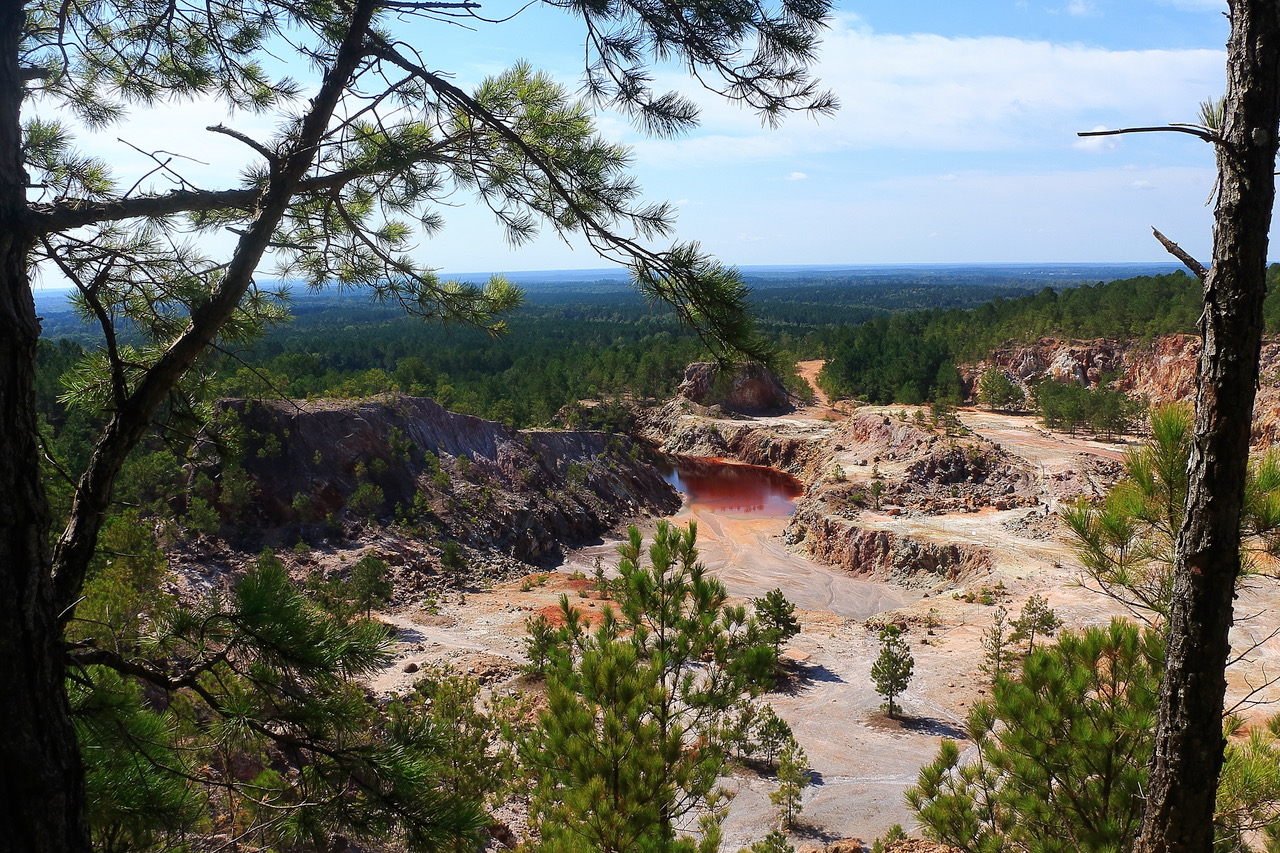 The Tomorrow War, a 2021 military science fiction action film, used this familiar mountain as a setting. The plot, if you’re intrigued, involves alien invaders who kill off most humans in no time. Militaries make their way into the future via a worm hole to save Earth. After a lot of explosions and weaponry kill screaming aliens who look like giant camel crickets, heroes save Earth and humanity.

The movie’s producers used Lincoln County, Georgia’s, Graves Mountain as the setting for a scene where good guys and a gal capture a strategic alien female holed up in the mountain’s interior. (If you want details, stream it. The movie was never intended for theaters.)

Yes, Sunday, I went up on the mountain. Sounds Biblical, “I went up on the mountain.” I went to watch folks crack rocks at the annual October Rock Swap & Dig, but that movie was on my mind. I worked in film once, a kindergarten version of Hollywood at best. Even so, I know how movie magic transforms the ordinary into the extraordinary. Add some computer-generated special effects and most anything can be faked these days. Thus did we have camel cricket monsters with faces akin to that monster in Sigourney Weaver’s Alien in Lincoln County, Georgia. 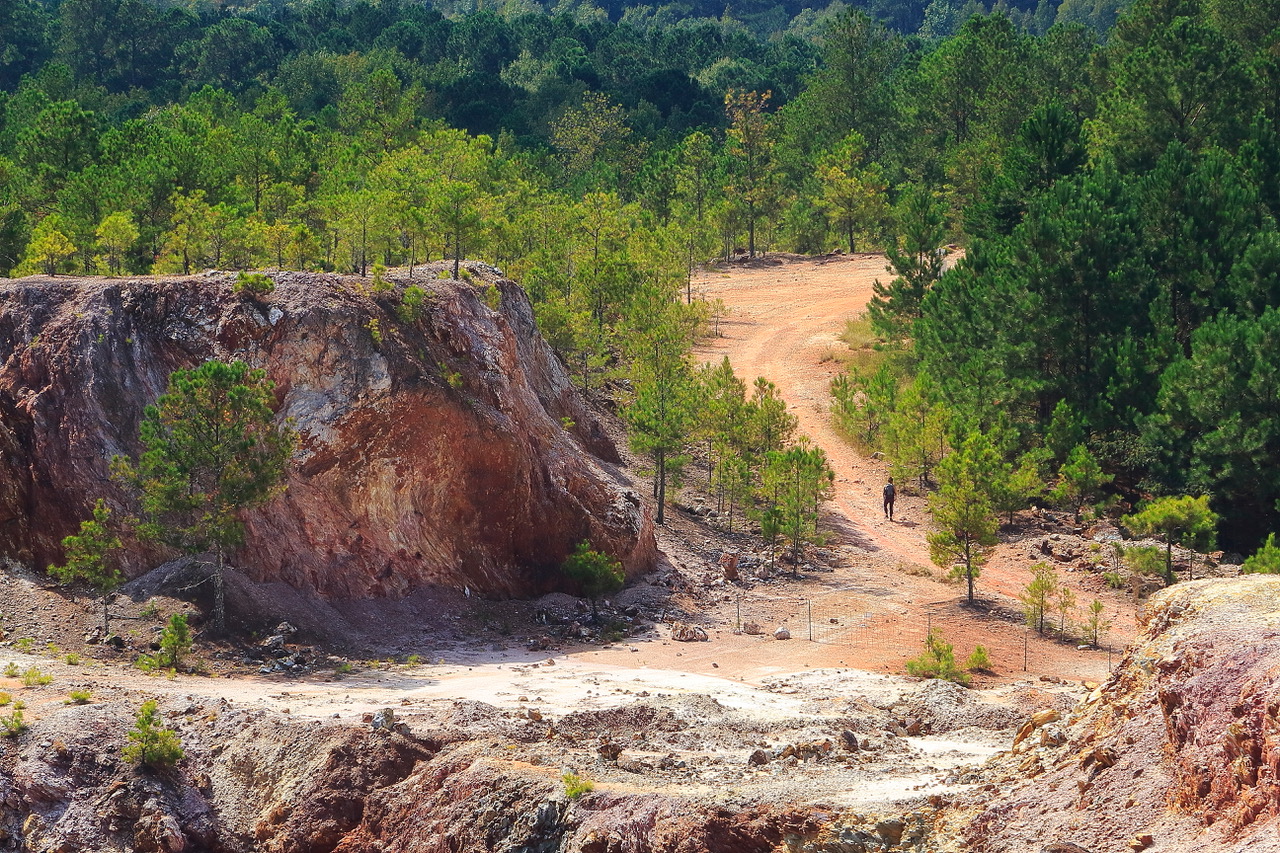 Reality and a bit of imagination, however, are pretty good too. From my windy perch on high I watched one lonely fellow trudging uphill on a road of rocks and packed earth. Seen from hundreds of feet above he looked like the last man on Earth. He brought to mind The Road and Mad Max, movies that evoke the word, “dystopian,” a state or place where all is abysmal. If nuclear war brings nuclear winter and wholesale destruction, we’d experience a dystopian world.

Sunday night my brother-in-law and I watched the scene in The Tomorrow War where Graves Mountain is the star, and wouldn’t you know it? My windy cool perch was where alien invaders, “Whitespikes,” streamed over the cliff to attack soldiers and helicopters.

I saw no evidence that a movie crew had been there. I certainly saw no aliens. All I saw were rocks and pines. And what did I hear? It wasn’t death rays or helicopters firing rockets or blood-curdling alien screams. I heard the wind and clink, clink, clink of rock hounds from all over the United States seeking rutile and other precious minerals. Aliens were not on their mind. Just mine. A hometown boy visited a Hollywood set on a mountain he’s long visited, and that felt a bit magical.