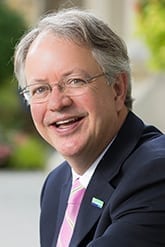 August 30th, Mayor John J. Tecklenburg sent the following letter to the chair of the city of Charleston’s Commission on History:

Earlier this year, my wife Sandy and I had the pleasure of giving tours of Marion Square to out-of-state designers who were finalists to design a proposed memorial at Mother Emanuel AME Church. It became apparent to me during those tours that a more complete telling of the history of Marion Square was needed, to put into historical context the statue of John C. Calhoun and the memorial to Wade Hampton, along with the pivotal history of this special place in our City. I feel that adding to the historical story enables us to more fully understand and learn from our past. This approach is also a practical reality as the state legislature (by way of the Heritage Act) prohibits the removal of certain historical markers and artifacts without legislative approval. In addition to a review of Marion Square, I also would propose a broader review of memorials and historical markers throughout our historic city.

I thank you for your service on the History Commission and for your consideration of these recommendations.