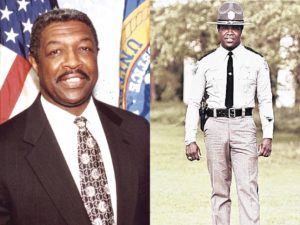 My recollections of the late Israel Brooks

The late United States Marshal Israel Brooks was a larger than life law enforcement leader. I was reminded of this and him after reading a piece in the July 17 edition of the Newberry (S.C.) Observer about the Newberry Museum’s new Israel Brooks exhibit which opened June 29 and will run through early Oct. 2021.

I first met Brooks in the mid-1990s when Brooks, Coroner Frank Barron, and I had lunch at Monterrey Jack’s in Five Points, one of my regular watering holes in those days. I’ll never forget that particular day though, because the three of us sat there and talked for several hours with Frank laughing and telling stories about mutual friends and long-forgotten cousins, Brooks laughing and reminiscing about his own, and I, being the youngest of the three, mostly listening.

Brooks and Frank were both born in 1944. I was born in 1959. They would have been in their early fifties at the time, and I was in my thirties. So for conversation’s sake, I attempted to defer to the two older more experienced guys at the table.

Brooks would have none of that: As fascinating as his and Frank’s stories were, he wanted to know more about me and my experiences as a Marine rifle squad (infantry) leader. He seemed truly interested as he too was a Marine, an exceedingly proud one at that, and we both had chewed a bit of mud, sand, and seawater in some of the same places, just at different periods of time. And so that afternoon, we all three sat there in one of those quiet, comfortable booths in Monterrey Jack’s; eating chips and salsa, drinking Diet Cokes, ordering more, sharing “war stories,” talking briefly about God and faith, and laughing like we had known each other all our lives.

Brooks was a serious guy, but he was also amiable, funny, and when I would see him on other future occasions and at events, he always welcomed me into his presence with a big powerful handshake, an embrace, and an even bigger smile on his face.

Brooks was a man’s man. I know it’s not politically correct to say that these days, but he was a former old corps sergeant of Marines, the first Black state trooper in the history of the S.C. Highway Patrol (SCHP), and the first Highway Patrolman to hold supervisory rank. Brooks rose through the ranks of the SCHP to become a major, and in 1994 he resigned his SCHP commission to become the U.S. Marshal for the District of South Carolina. I met him soon thereafter.

Brooks passed away too soon in 2007, but not before amassing as the Newberry paper said, “a plethora of awards” including Highway Patrolman of the Year; a National Public Service Award; and the Order of the Palmetto, the state’s highest award presented by the S.C. governor.

In 2018, Brooks was posthumously inducted into the S.C. Law Enforcement Hall of Fame. Today, the S.C. Criminal Justice Academy presents the ‘Israel Brooks Physical Fitness Award’ to one of its basic graduates in each training series. Now the Newberry Museum has a special Israel Brooks exhibit.

Another friend, former U.S. Attorney Pete Strom, said of Brooks that he was “a lawman’s lawman” and “a cop’s cop.”

Best of all, in my estimation, ISRAEL BROOKS LOVED GOD and he was passionate about his faith and committed in his service to his family and others.

So I was thinking about our lunch that day – Israel Brooks, Frank Barron, and me – and how in terms of my faith then, I would have been the weakest Christian in the bunch. Brooks was a great example. Frank still is. And I’d like to think that God was not and is not yet finished with me.