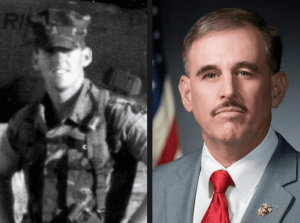 Governor Henry McMaster presented the award in recognition of Smith’s 35 years of work and experience in military and national security matters, both in and out of uniform – most notably his recent work with the S.C. Military Dept. (SCMD) wherein he served as founding director of the Counterterrorism Task Force for the SCMD’s Joint Services Det. and later as special advisor to Maj. Gen. (Ret.) Thomas S. Mullikin, previous commanding general of the S.C. State Guard.

A former U.S. Marine Corps Infantry leader, counterterrorism instructor, SWAT team officer in the nuclear industry, and retired SCMD officer; Smith is a professional writer, a New York Times bestselling editor and an internationally acclaimed military technical consultant. A veteran war correspondent, Smith has covered conflict in the Balkans and throughout the Middle East (twice in Iraq during the war).

On Dec. 27, 2018, Smith was named to the National Security Task Force of the South Carolina Floodwater Commission.

Smith’s service began in the U.S. Marine Corps as a rifleman serving as a special-weapons security and counterterrorism instructor – personally training Marines and sailors ashore and aboard ship. Following sea duty, he served as a rifle squad (infantry) leader with 1st Battalion, 5th Marines. He is a graduate of infantry, airborne, mountain warfare, amphibious raid, and sea schools, and he was further trained in close-quarters-combat by the FBI and the U.S. Secret Service. Among his many awards and decorations, he is a recipient of the Navy and Marine Corps Achievement Medal for his leadership in both nuclear security operations and counterterrorism training. He holds the title “Honorary Ranger” in the South Korean Marine Corps, and he was named “Honorary Green Beret” by the Army Special Forces Association.

Following his service in the USMC, Smith served on a paramilitary SWAT (Special Weapons and Tactics) team in the nuclear industry. He was the HONORMAN graduate — first in his class — of both his nuclear-security force class and his armed tactical-response force class.

As a war correspondent and military analyst, Smith has reported from battlefields in the Balkans and the Middle East – from the West Bank to Iraq (two tours) to Lebanon – and he covered the immediate aftermath of the 9/11 attacks from “ground zero” in New York. He has written extensively about the global war on terror with a focus on international terrorism and counterterrorism, seaborne piracy, amphibious warfare, special operations, and ground combat.

Twice recognized by the S.C. Senate and having received a Senate commendation; also the Palmetto Patriot award, the highest award presented by the lieutenant governor of S.C.; and the Maj. Gen. James E. Livingston Award; Smith has provided analysis to numerous departments, agencies, commands, and media services including international media and the U.S. Special Operations Command. He has served on the military affairs committee of the Greater Columbia (S.C.) Chamber of Commerce. He has served as an advisor to the S.C. Military Base Task Force. He was the media relations director for the Medal of Honor Society’s 2010 national convention. And he served as a member of the Homeland Security Subcommittee of the State Public Health Preparedness Advisory Committee.

Smith is a special deputy with the Richland County Sheriff’s Dept. (RCSD) and the director of RCSD’s Elder Abuse Awareness Team.

Smith was nominated for the Order of the Palmetto by Gen. Mullikin, Sen. Thomas Alexander, and Sen. John Scott. The award was presented by Gov. McMaster, Jan. 22.

Chris Carter is a military writer whose work appears in Canada Free Press, Deutsche Welle, and NavySEALs.com among others.