“The Eagle has landed.”

We’d been waiting for those four thrilling words. In those heady days, we all had a good case of moon fever. We had primed ourselves super good for perhaps man’s greatest accomplishment. We had moon fever all right and the cure was black and white grainy shots of Neil Armstrong and Buzz Aldrin setting foot on the moon. They did so July 20, 1969 at a place called Tranquility Base, the name of the site where the lunar excursion module set down. 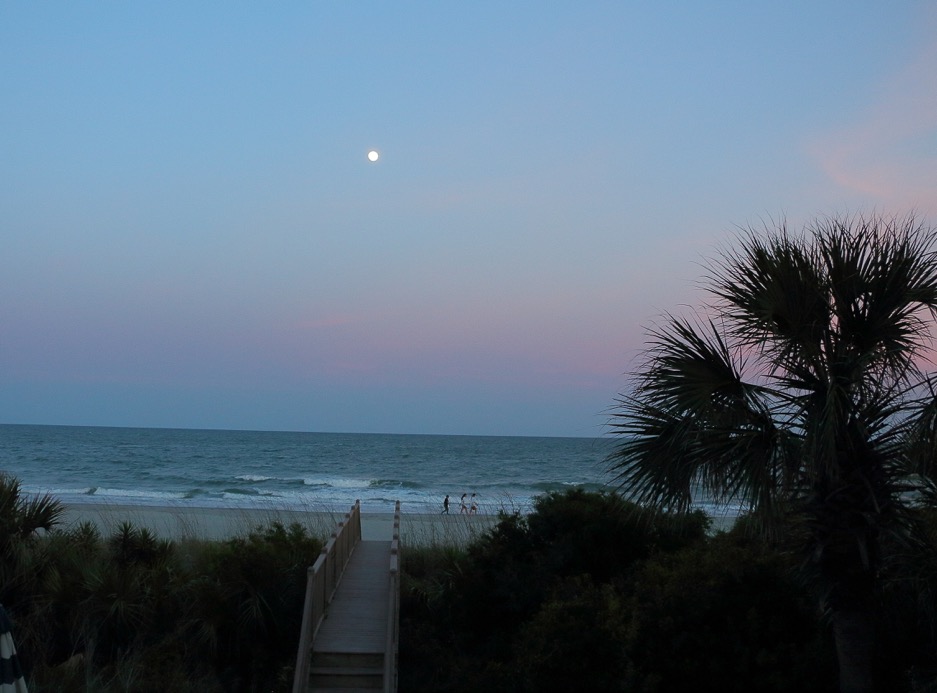 At 10:56 p.m. EDT, Armstrong, 240,000 miles from Earth, made his quote heard round the universe: “That’s one small step for man, one giant leap for mankind.” More than a billion people were listening. Stepping off the lunar landing module Eagle, Armstrong became the first human to walk on the surface of the moon.

Where were you? Those of us who watched the Apollo 11 astronauts set foot on the moon can tell you exactly where we were. I watched the grainy black and white images in my parent’s living room. It was a moment no one wanted to miss.

For eight exciting days the world watched the mission from launch at Cape Kennedy July 16, 1969 to the moon and to splashdown in the North Pacific Ocean July 24, where the USS Hornet recovered the command module, Columbia.

The race to the moon was a good thing. For eight days the world put aside its differences and watched spellbound as man set foot on a heavenly body that has long given us tides that I describe as planetary breathing, an in-and-out exchange of water that floods marshes, turns rivers brackish, and helps keep the seas stocked with life. Consider it a big part of nature.

We have a lunar-rich culture, too. Savannah-born Johnny Mercer wrote “Moon River,” which takes its name from a river down Savannah way named “Moon.” Werewolves and full moons made their way into novels and movies, and Michael Jackson perfected his moonwalk.

That wafer-thin silver disk surely has enriched our language. Lunatic refers to lunacy, which translates to insanity. And moonshine hardly needs an introduction nor does that bawdy act when some brazen but foolhardy soul drops his pants and “moons” some hapless soul. (That’s a good time for a bee or wasp to make a lunar landing of its own. I guarantee you it won’t be tranquil.) The infamous RC Cola and moonpie treat gives us yet another example of the moon’s influence. Next time you hear a football player has torn his meniscus, know that “meniscus” comes from the moon. The list goes on, but that first trip to the moon trumps all. It came at a good time and was just the prescription a fractious, war and racially torn country needed.

There’s no topping man stepping onto the moon even though many major news events went down in 1969. The Beatles made their last public performance on the roof of Apple Records in London. The Manson cult murdered fie people. Woodstock attracted over 350,000 rockers, and the Vietnam War raged on. For eight days, though, we all focused on a tin can hurdling through space to its rendezvous with the moon 240,000 miles away.

There was a moon over Miami and there’s long been a moon over me. From a boy with a telescope to now, I stare at the moon (but I don’t howl). To this day when I look at the moon I think about the twelve men who walked on the moon, and including extreme heroism in war, those twelve are among the world’s most courageous men.

I hope we’ll go back someday or even better send a crew to Mars. We could use another diversion, a great, long diversion in a world that I’ve already described as fractious, a word Mom used to describe ill-tempered children, and that’s an accurate assessment. Going to the moon or Mars? That would be good medicine for this world.