In a place called Childhood, Georgia, I worked for a country store grocer, Clifford M. Goolsby, who loved to hunt turkeys. Each spring the small town weekly, The Lincoln Journal, ran a photo of Mr. Clifford posing with the wild tur­key he shot. Dressed in hunting garb, Mr. Clif­ford would pose on one knee with his shotgun and bearded bird, and be quoted thusly. “I shot it somewhere down yonder.”

Now “down yonder” is a fine, South­ern saying that means “at some dis­tance,” and I like it. “Yonder,” in Mr. Clifford’s case, meant, “I ain’t telling you where my turkey paradise is.” Well, I had a notion where it was. It was a verdant tract off White Rock Road for that’s where I bumped into sage, old hunters with names like Tom Beck, Johnny, and Curry. It was Mr. Clifford, however, who always made the Journal’s front page. Mr. Clifford, you see, set the gold standard for hunting turkeys in his day. The Royal Canadian Mounted Police always got their man, and Mr. Clifford always got his bird. 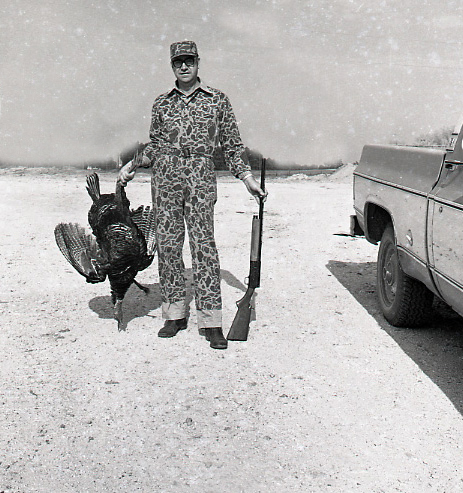 I hoped to follow in his footsteps. I got permission to hunt a fellow’s land where Dad always saw turkeys in a hollow. That would be “holler” in the Southern vernacular. That holler lay adjacent to Mr. Clifford’s turkey heaven. After exploring it, and finding me a spot, I made a blind of hog wire with pine branches woven into it. Stationed at the edge of pinewoods, that blind rendered me invisible.

Inside the blind I wrapped up in Uncle Joe’s green goose down sleeping bag but it was no ordinary sleeping bag. It was U.S. Air Force issue and Uncle Joe had tested it through and through in the Aleutian Islands in sight of glacial Russia.

“It was so cold in the Aleutians,” said Uncle Joe, “that I could toss a glass of water into the air and lumps of ice would fall to the ground.” I believed him. 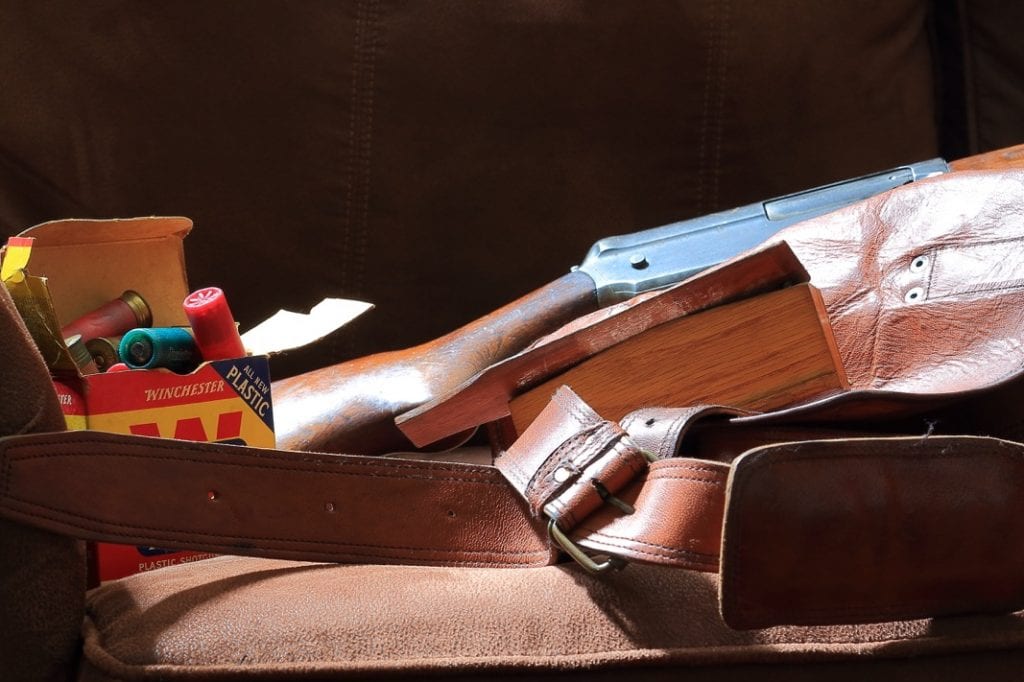 He survived the Aleutians, no doubt, thanks to that sleeping bag which was like being wrapped in an electric blanket and stretching out by a wood stove. With that bag under my arm, I stole away to the holler one morning in pre-dawn darkness. Walking to my pine-bough-festooned blind I shook from the cold. Y’all know how a March morning likes to give you one last icy jolt. Well the frosty morn set my teeth to chattering. Inside the blind? No problem. I wrapped up in that sleeping blanket and fell asleep beneath a sky salted with a million stars.

A squeaking broke into my sleep and woke me up. Dawn had broken. Gold daylight lit up the frost, which glinted like glass and 10 yards away a gobbler was pulling up wild onions. Each one squeaked as he had at it. I eased into position, and like some slow-motion scene in a Hollywood epic, I scarce moved as I aimed. I clicked the safety off Dad’s 12-gauge Winchester 1911 Widow Maker. A cold “clink” sounded sending that wary gobbler a flapping. He must have flown off down yonder somewhere cause soon I heard a blast.

Mr. Clifford’s photo made the Journal the next week. It pointed out that he belonged to the National Wild Turkey Federation.

Thus did I miss my one chance at a gobbler, but it was for the best. The Winchester 1911 Widow Maker is considered among the more dangerous guns made and it was the first firearm Winchester Repeating Arms Company lost money on. It’s a wall hanger today.

Still, I wanted to bag a wild turkey. I read all I could about wild turkeys and I even bought a cedar box scraper from a talented fellow who made a crossbow from a buggy spring and piano wire. Albert’s cedar box scraper worked beautifully. I didn’t hunt much longer, though, as failure took the wind out of my sails.

My turkey hunting days ended with no Tom turkey trophy. Mr. Clifford, though, never had any problems. Each spring the Journal ran his photo with a bronze gobbler he shot “somewhere down yonder.”

Old hunters don’t fade away, they die. When Mr. Clifford departed this world in September 2003, earthly turkeys breathed a sigh of relief. If there’s such a thing as hunting for heavenly turkeys, then that’s what he’s doing, and if Heaven has a newspaper, and why shouldn’t it, then he’s on the front-page each spring.

By now you know what the caption will say.

“I shot it down yonder.”