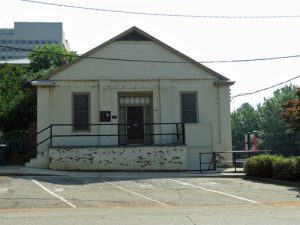 The Confederacy has never been known for its manufacturing capabilities. The fictional Rhett Butler told us “there’s not a cannon factory in the whole South.” In real life, the Confederate secretary of war, Judah P. Benjamin, said, “Laws cannot suddenly convert farmers into gunsmiths.”

Consequently, most martial hardware the South used in the Civil War was imported. But some weapons were made, right here in South Carolina, in the 19th century, and some of those were carried into battle.

The South Carolina Confederate Relic Room and Military Museum has a significant collection of such items and has borrowed more, and it will open a new exhibit showing them starting July 30. The exhibit is called “Plowshares to Swords: Arming 19th Century South Carolina.”

During the course of the war, the largest armory in the Confederacy – in Richmond – would produce 37,000 weapons. But that was a relative drop in the bucket. Up North, one manufacturer alone – Springfield in Connecticut – would produce 800,000 rifle muskets during those same years. The South tried to make up the difference through imports, and would bring in about half a million weapons from Britain.

But there were efforts to make guns and swords at home as well.

As Benjamin said, South Carolina was home to an agrarian culture. From colonial days and throughout the 19th century, it depended on imports from the North and England for manufactured products. And well before secession, swords and firearms were an important part of this trade. Even in peacetime, hunting for food and for sport, militia service, and of course the occasional duel were important aspects of life.

Then, as the issue of slavery pulled the country apart more and more and secession fever rose, two armories were established in South Carolina. One of them was the Palmetto Armory, started in Columbia in 1850. The building still stands on, of course, Arsenal Hill. It’s across Lincoln Street from the governor’s mansion, and today it’s a community center.

In the Malvina Gist gallery, visitors will be able to see a variety of items that reflect not only those efforts to make guns at home, but other artifacts that illustrate the brisk trade in imports that ran the U.S. Navy blockade to arm the South:

• The Morse Carbine – Probably the most technologically advanced firearm made in the Confederacy, this breech-loading carbine was manufactured in Greenville late in the war. (See a video about the Morse on the museum’s Facebook page: https://www.facebook.com/watch/?v=473056880178522.)
• Dueling Pistol – Made by J.M Happoldt & Son of Charleston. Fashioning firearms was often a family trade. J.M. Happoldt trained his sons J.H. and B.G., who went on to become prominent Charleston gunsmiths.
• J. Henry Longrifle – This is marked “SOUTH CAROLINA,” but that doesn’t indicate it was initially manufactured here. J.H. Happoldt altered the product of a Philadelphia manufacturer to accept a socket bayonet, then added the local marking.
• Confederate “Dolphin Head” Naval Officer’s Sword – Actually, the heraldic “dolphin” peering out from the hilt resembles a sea serpent more than any real-life aquatic mammal. This elaborate edged weapon was carried by officers of the Confederate Navy. It was made by Robert Mole of Birmingham, England, and imported by Courtney & Tennent of Charleston.
• British Pocket Knife and Razor – The blockade runner Bermuda carried these items from England, but they never made it to Charleston. The Bermuda was captured, and its cargo sold at auction in Philadelphia.
• British Shotgun – Another item imported by Courtney & Tennent, this was sold to the civilian market. Shotguns were only effective at a short range and never became standard military issue, although cavalrymen sometimes carried them.
• Arms from the Palmetto Armory – The Armory produced weapons based on some then in use by the U.S. Army. These included the Model 1842 musket, the Model 1842 pistol, the Model 1841 rifle, the Model 1840 cavalry saber, and the Model 1840 artillery saber.
• Various silver items – These include everything from imported Eagle-Head officers’ swords and uniform buttons to spoons and forks made by Charleston silversmiths.

The exhibit will be open to all visitors to the museum.