I first saw Patrick Davis in Columbia. The skirts were short, the heels were high, and the bar was open. The women crowded the stage to get as close to Davis as possible.  We danced badly and sang loudly.

I started following Davis on Facebook. I was impressed, but not surprised, to read about him opening for Hootie in Europe. I was a little confused by his January 2020 line up: Greenville, Atlanta, Charlotte, Charleston, Augusta and Bishopville. Bishopville? Turns out Davis is a small-town boy from Camden who loves supporting small-town venues like the Bishopville Opera House.

The Bishopville Opera House was sold out for the Patrick Davis concert. Davis draws an eclectic mix. Thursday night’s crowd was different from my first Patrick Davis experience. This was a ticketed event with VIP seating. Lots of season ticket holders and a good many out-of-town folks. There was a meet-and-greet before the show, but I missed that party. I walked in minutes before Davis took the stage.

This was a more sedate crowd and a more refined Patrick Davis, and I was in for a treat. 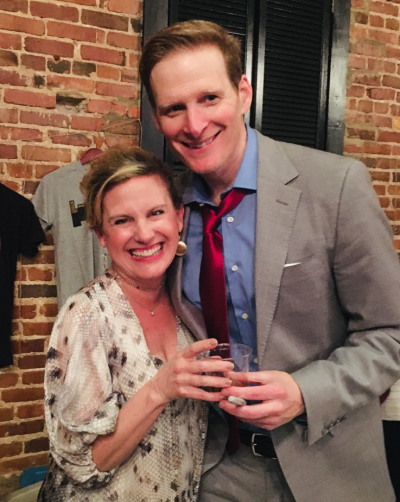 Davis opened with his sister, Megan Campbell. She spent the rest of the evening singing backup with another woman. Both were outstanding.

It was a classy, clean-cut kind of night. Every man on the stage wore a coat and a tie. Davis’s father/lead guitarist shed his jacket pretty quickly, but he had made the gesture. Senior Davis is beloved in the community as a guitar teacher and owner/operator of Davis and Sons music shop in Camden. Nobody minded him getting comfortable.

This was an intimate evening of music, not a raucous party scene. Davis shared the backstory of almost every song. The room hushed as he told about his brother’s death. His brother died on his ex-wife’s birthday. He broke up the heaviness of the message against drunk driving with a line about being married 13 years but only being happy for two. He honored his brother, he made his point about drinking and driving, and then he made everyone laugh because that’s what great showmen do.

Davis read the crowd perfectly. He did not do his famous Gamecock song. Since I was sitting beside my mother, I appreciated that omission from the line up. It was very hard not to stand up and dance to L-O-V-E, but staying in my seat forced me to come up with a very cute, very discreet little hand-gesture routine. My Tik Tok-loving students would approve.

Black And White Jesus is one of Davis’s best songs. Davis addressed racism the way a wise man does – without using the word “racism.” He simply kept hitting the theme of “we’re all in this together.”

Davis introduced all his band members, but spent a little more time on the piano player whose father is a minister. The piano player sometimes fills in for his father so Davis called that member of his Midnight Choir a part-time preacher. I think Davis has a bit of preacher in him as well.

Davis wanted the crowd to sing along to That’s Where I’m From, but they were hesitant.  I was about to purchase and start passing a bottle of Davis’s Whiskey Jam whiskey to loosen them up, but Davis didn’t need my help. He told the audience to close their eyes if they needed to, and he started to sing that classic simple line: “Amazing grace, how sweet the sound.” Each time he repeated that line a few more folks joined in. Before long every voice was lifted to the sound of Patrick Davis and his daddy and his sister and the Midnight Choir. Amazing Grace with Patrick Davis in my sweet little home town in their beautiful Bishopville Opera House – it doesn’t get much better than that. Amazing grace, how sweet the sound. In that moment, every single person – some with eyes open and some with eyes closed – sang “amazing grace, how sweet the sound” and I thought yes, indeed, we are all in this together.

Tammy Davis is from Bishopville, SC. She has always been proud of her home town.  As she sat in the Bishopville Opera House and listened to Patrick Davis sing “Where I’m From,” she felt it more than ever.