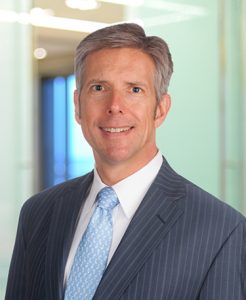 By David Dubberly and Brittany Clark

On July 9, 2021, President Biden issued an executive order on “Promoting Competition in the American Economy.”  The order directs more than a dozen federal agencies to address a wide range of competition-related issues.  One such issue is non-compete covenants with employees.

The executive order does not make non-competes illegal.  It simply states, in Section 5(g), that the Federal Trade Commission (FTC) is “encouraged to consider” exercising whatever legal authority it may have under the Federal Trade Commission Act (FTC Act) to develop rules to “curtail the unfair use of non-compete clauses and other clauses or agreements that may unfairly limit worker mobility.”  So while there is no immediate impact from this order, employers should be alert to further developments.

It is unclear whether the FTC has any authority under the FTC Act to regulate employment non-competition agreements.  Currently each state has rules on the use of non-competes with employees.  For example, in the Carolinas, while generally disfavored, non-competes are often upheld if they are:

Under state law at this time, a covenant that fails to meet any one of these criteria will likely not be enforced by a South Carolina or North Carolina court.

If the FTC were to ban non-competes for all employees, including employees who have key roles with an employer or who have access to an employer’s trade secrets or other confidential business information, its effort would no doubt result in litigation challenging the agency’s authority to issue such a ban.

Also, if the FTC were to limit customer or employee non-solicitation clauses or other restrictive covenants that are currently enforceable in many states, its action may be challenged in court.

Whatever action the FTC takes, it is unlikely to result in new rules for at least several months.  But President Biden’s focus on this issue could result in more states passing laws to limit the broad use of employee non-compete covenants.  Employers would be wise to review their non-competes and other strategies to protect trade secrets and confidential information to make sure their agreements would be enforceable in court under applicable laws.

Attorneys on Nexsen Pruet’s employment and labor law team are available to advise on non-competes and other contractual provisions that can help protect against unfair competition.