March 3rd is a day I’ll long remember. A bit earlier I had given a talk to the Kiwanis Club at the Darlington Country Club. Returning home I chose to get lost. Just drive and see where I end up. Thus did I arrive at a crossroads out in the country. I pulled up to a stop sign and looked to my right. There stood Rinda’s Grill & Grocery where an old friend loitered. He looked bad. Abused even. 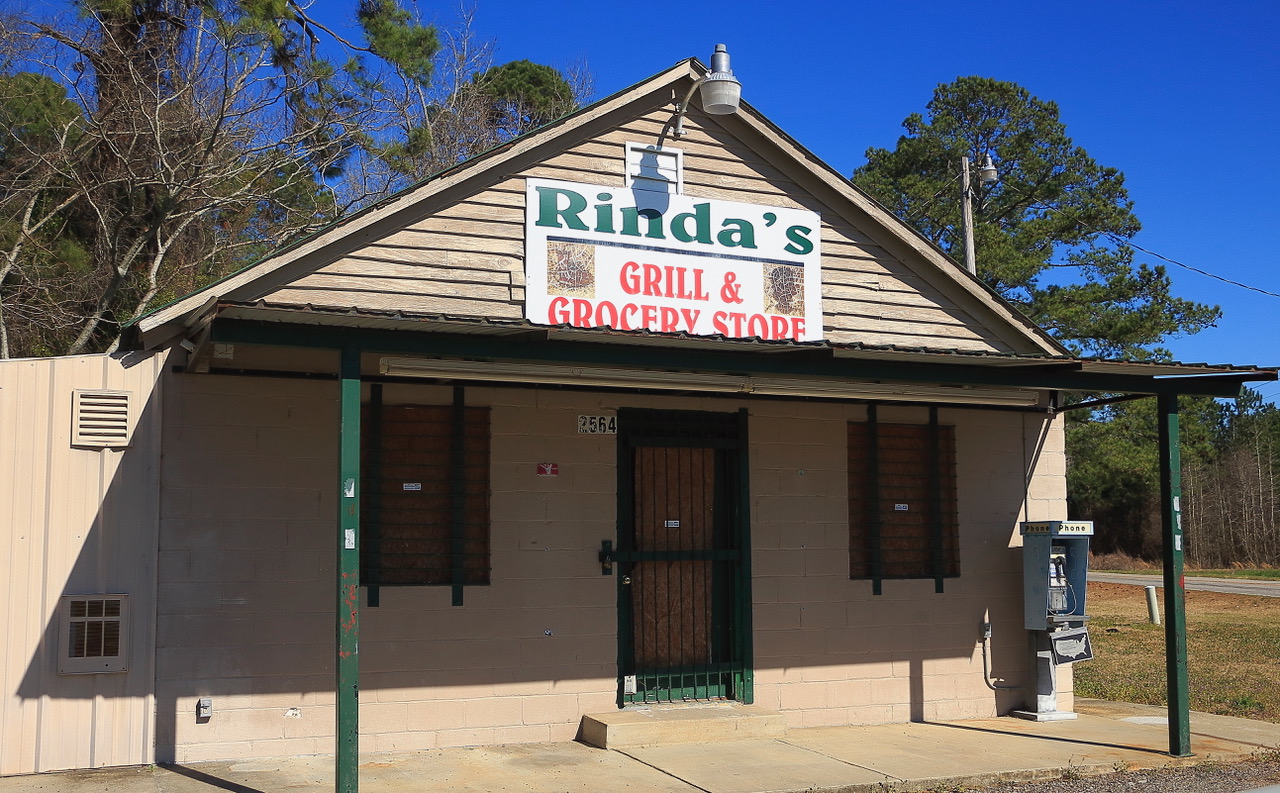 In 1999 some two million pay phones gobbled quarters across the USA. Since 2007 the number of payphones has fallen by 48 percent. I’d say the percentage has to be much higher. Approximately 96 percent of Americans own cell phones. Who needs a pay phone? An entire generation is out there that’s never used a pay phone.

The old relic brought back memories of just how useful a pay phone was. In BC (Before Cells) there were times in my life when I knew just where to find a payphone. On my trips to and fro the Southland, a payphone was as essential as a mailbox. I kept quarters in my car. If a parking meter didn’t eat them a payphone would. And many a pay phone put money in my pocket. How many times did I check the coin return in pay phones and find quarters. 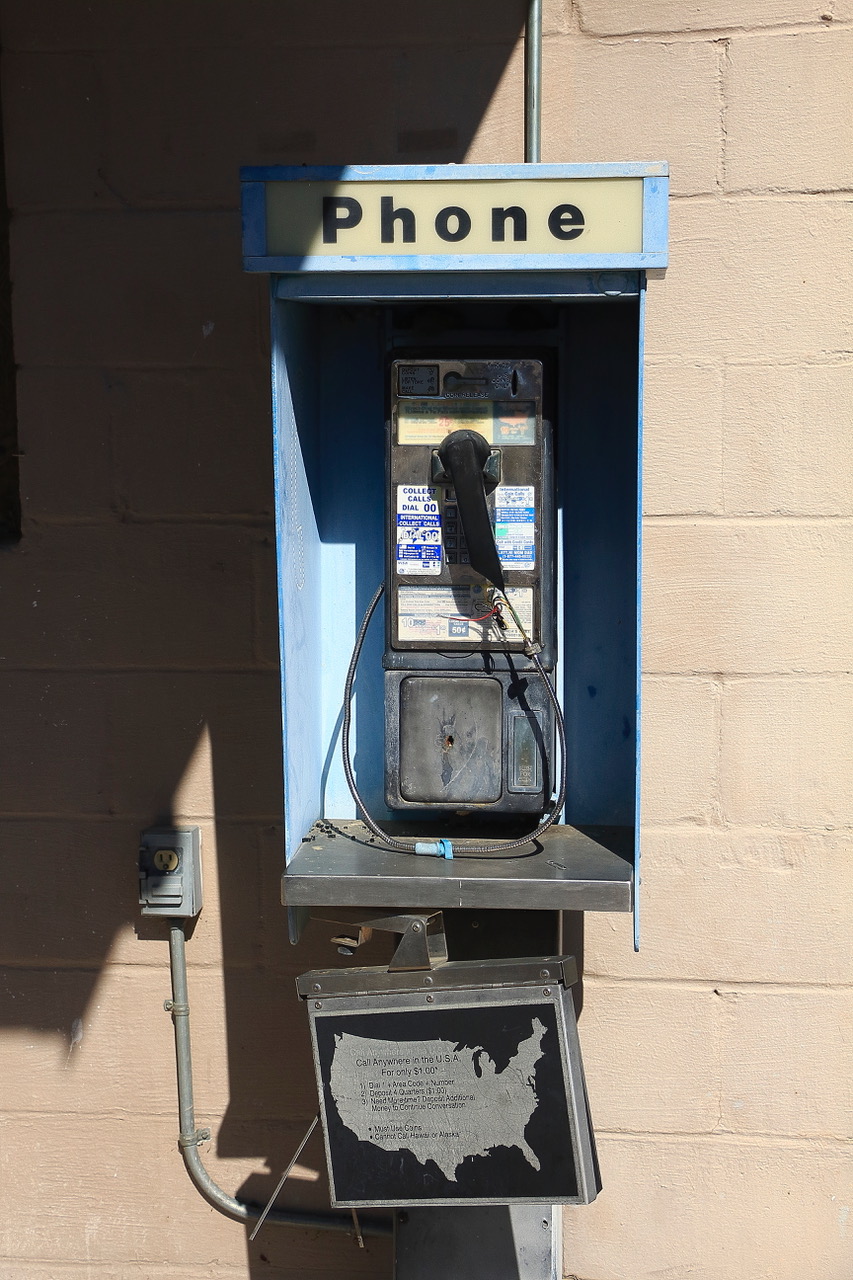 Its mouthpiece missing, this relic’s days of collecting quarters has passed.

I recall pay phones had a smell about them. It was metallic and a tad perfumy. For sure a pay phone housed in a booth reeked. It was a human sweat kind of odor, and you could count on seeing graffiti and obscenities, the work of dirty minds. I daresay in this era of viruses running amok the old pay phone—if one dared use it at all—would require hourly cleansings.

The old phone was an American institution that made its way into song. “Long distance information, get me Memphis, Tennessee” written by Chuck Berry and famously sung by Johnny Rivers. I don’t think I’d like a song about cell phones.

The old pay phone. We used it so often even now we can hear it clanging as quarters make their way into its innards. You’d drop your coins in and there would be a click, a moment of nothing, then you’d get a dial tone. Dial tones. Remember those?

Another recollection comes to me. In the era of the pay phone you memorized people’s numbers. Not so now. You enter a number in your cell phone’s contacts and just touch the name or ask the phone to dial the person. If you lose your contacts somehow, good luck calling someone. You probably won’t remember the actual number.

If you’re in a remote place where there’s no cell signal it’d be nice to come across a pay phone would it not? Wires prove reliable. I can’t recall a landline call ever dropping.

The telegraph is long gone and the pay telephone for all practical purposes is gone. Well, this old friend’s still around when most of its kin are missing. A wounded warrior, it’s still standing as the song goes, a reminder of how life was before everyone and his brother began ringing and chatting in just about any place you can imagine.