Editor’s Note: Parts of this column appear in the Sept./October issue of South Carolina Wildlife where Tom once served as managing editor.

One thing I love about my so-called work is the people I meet. Earlier this year I spent some time in Dry Branch, Georgia, with rock legend Chuck Leavell and his rock-star wife, Rose Lane. They live on a beautiful plantation nestled among pines and hardwoods—when they’re not touring the world with the Rolling Stones.

The Stones’ “band mother,” Rose Lane helps with wardrobe, makeup, and negotiating the enormous stages they play on these days. Rose Lane worked at legendary Capricorn Records, a studio synonymous with Southern rock. The Allman Brothers, Wet Willie, Elvin Bishop, and the Marshall Tucker Band recorded there. She met Chuck there, where the Allman Brothers Band asked him to join them in 1972. 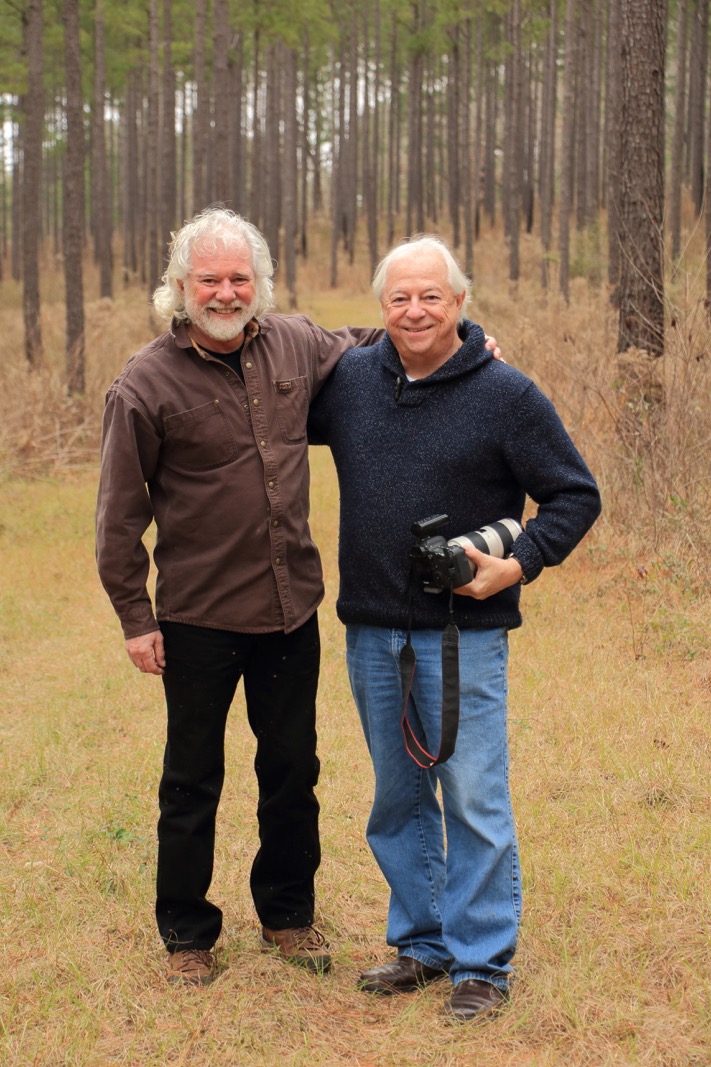 Chuck and Tom in the Georgia pines. Photo by Robert Clark

Charles “Chuck” Leavell came to fame playing the rollicking piano feature in “Jessica,” an Allman Brothers classic. His piano and keyboard work would go on to grace and sparkle the works of Eric Clapton, John Mayer, The Black Crowes, George Harrison, The Indigo Girls, Blues Traveler, Train, Lee Ann Womack, and others.

For 38 years now Chuck has played keyboards and served as musical director for the Rolling Stones. He’s played with David Gilmour of Pink Floyd fame, and when he’s back home he plays with his beloved German shorthair pointer, Babe. “My passion for hunting,” said Chuck, “is upland game—pheasant, grouse, quail.” While Rose Lane doesn’t shoot so much anymore, she is a cracker-jack shot with a .410 and is a tough, independent Southern woman. “Daddy taught me to hammer a nail in a tree and to shoot straight,” she said.

The farmhouse they live in, dubbed The Home Place, circa 1870, and expanded over time, consists mostly of pine harvested from their forest. Rose Lane and Chuck, stewards of those 4,000 acres, manage their plantation as a hunting preserve and sustainable forestland. You’ll find beggar lice along with native grasses, weeds, and legumes that provide excellent habitat for quail, doves, turkeys, deer, and other wildlife here, and you’ll find a piano-playing, tree farmer conservationist. Said Mick Jagger, “Chuck loves trees.” Consider Chuck Leavell the world’s most recognizable tree farmer.

Chuck drove me into the woods where we got out and let the dogs roam. As we walked uphill through tall pines, cloud cover dispersed winter light. No shadows. The dogs worked up several birds. I asked Chuck if he had a good quail population. “We have a good wild population. I love whistling them up and hearing them answer.”

As we walked through tall Georgia pines, Chuck said, “It’s all about the habitat for quail. We’ve been grooming this place for 35 years now. It takes a long time to get the habitat correct with the right diversity and density of wild grasses, legumes, and weeds.” 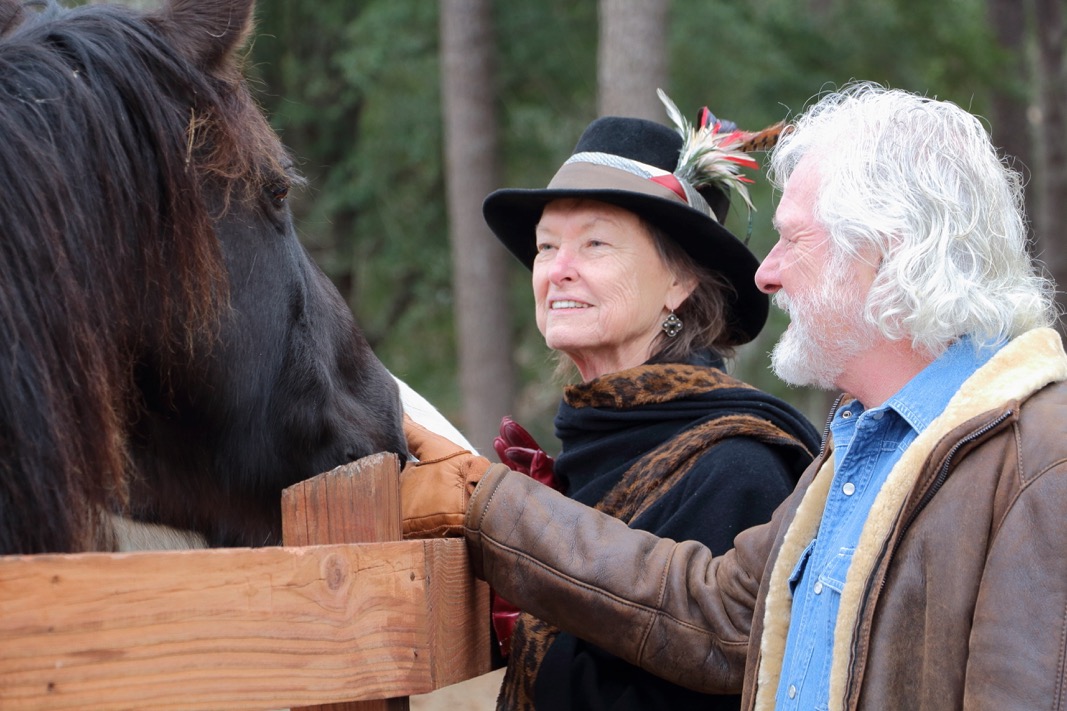 “You have to keep an eye on predation,” said Chuck. “Everything is out to get that little bird.” As the dogs worked, I asked Chuck if he was a good wing shot.

Chuck studied forestry by correspondence and did homework while riding a tour bus with the Fabulous Thunderbirds in the mid 1980s. In time, he and Rose Lane would turn the plantation into a textbook tree farm. Their success would take them on the road. In autumn 2018, Chuck and Rose Lane visited Moncks Corner to film the third episode of “America’s Forests With Chuck Leavell.” The episode focused on a program to help African American landowners keep in their families and better manage forested land they inherited or own. While in Moncks Corner, Chuck accompanied the choir on piano at a local church.

He didn’t overlook children. “It’s so important to engage young people about forestry because that is the future. So, I did a children’s book, The Tree Farmer, about a grandson who visits his grandfather’s tree farm for the first time. The grandfather shows him what he does as a steward of the forest.”

I asked Chuck if writing books was difficult. “Challenging, but all of them had been on subjects I have a passion for. I find song writing more difficult. I have never been a great lyricist; never seem to have that gift. So, most of the material I write musically is instrumental. I enjoy painting pictures and colors with the fingers and with themes, but the books were not that difficult. I did have help with them by the way, co-authors.”

Chuck said his more recent book, Growing a Better America, “arose from the concern that we have, what, 327 million people in our country now, and that’s a lot of pressure on our natural resources. How do we deal with that and how do we go forward and continue to see the growth in the population and not do too much damage to the land? That’s the theme of that book.” 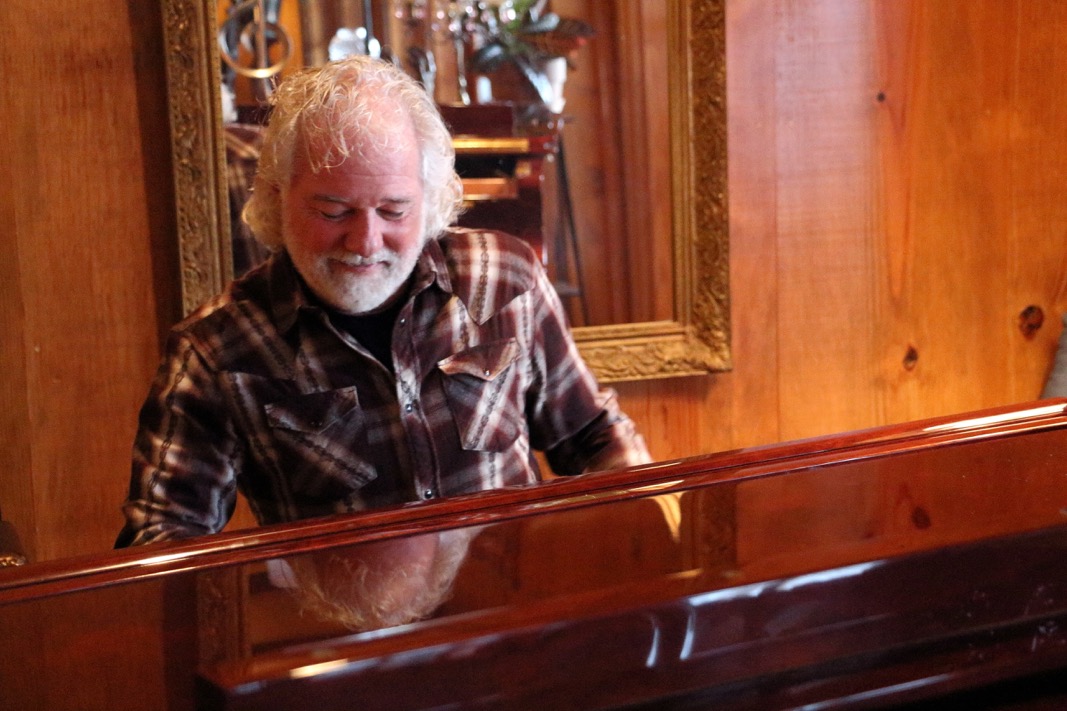 While I was with Chuck and Rose Lane, he sat down to his Grand Piano. “Chuck,” I said, “You know I love “Jessica.”

“Ok, here we go,” he said, launching into the song that brought him so much fame. I cannot tell you what a special moment that was. Live and in person as they say.

In part two, we learn of Chuck’s website on nature, the world’s most visited online network for news and information about the environment and responsible living. Part Two, click here: https://whosonthemove.com/rocking-the-georgia-pines-part-two/