Sometimes you’re a rock star. Sometimes you are a 68-year-old man with the flu. Recently at Columbia’s Township Auditorium, REO Speedwagon lead singer Kevin Cronin was both.

Cronin owned it almost immediately. His voice was shot. He felt bad, and the crowd felt bad for him. The audience didn’t get what they came for – the chance to hear Cronin singing 50 years‘ worth of hits. No, the audience got something a little different. They got to learn more about the very real side of Kevin Cronin. In Columbia, SC, on February 29, Cronin was less rock star and more older, but wiser, man.

Cronin said that rock stars often don’t feel human. They are super stars – rock stars – but sometimes, on nights like that night, he reminded us how very human we all are. 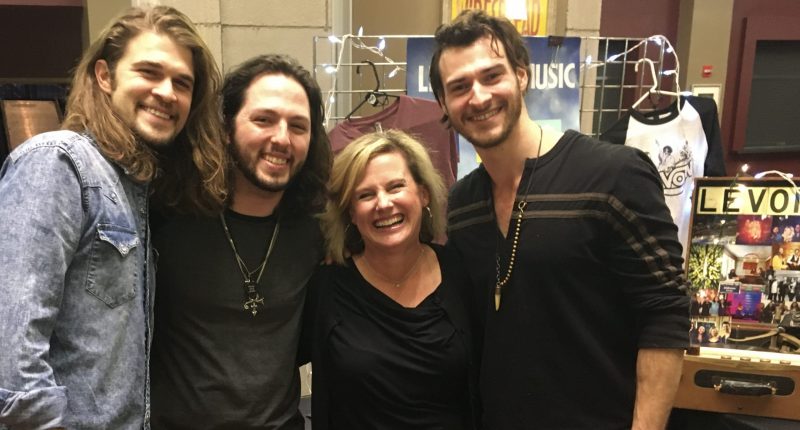 He promised to do his best with the music and encouraged everyone to sing along. The Illinois-born, California resident sounded folksy, almost country, when he joked that he “shorely” would appreciate everyone’s help.

The crowd responded in the way that devoted fans do. They cheered and did their best to carry him through the show by singing along. 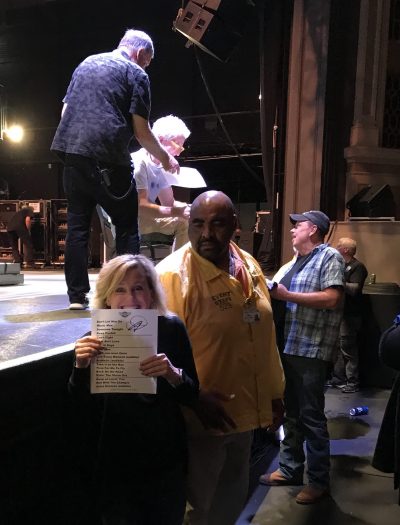 Cronin’s misfortune provided a break for the opening act, Levon. The young trio, based out of Nashville, got called back on stage to help REO Speedwagon close out the show with “Roll with the Changes.” They had wowed the crowd earlier with their opening act. They did mostly covers, but their original “With My Eyes Closed” is worth a quick download.

Levon worked the crowd well at the beginning and the end. It was an older audience, as you would imagine for a band started in 1967. Levon asked if anyone was married 20 years or more. Then they called for thirty and even forty years. The youngsters asked the married couples to come out to dance and many did. Nice touch.

While I am disappointed that I didn’t get to hear Cronin’s distinct sound, I think some good came out of Kronin’s bad health. We got some good life lessons that night. None of us is getting any younger. Some days we feel like rock stars. Sometimes we feel like old men or women with the flu. Sometimes we play the guitar and sing hits and dance for hours on stage while crowds scream and cheer. Sometimes we have to sit in a chair because we don’t have the energy to stand. We all do what we have to do. We all do the best we can with what we’ve got. And, like Kronin, we all keep on rolling. We keep on rolling. We roll with the changes. Yes, we’ve all got to learn to roll.

Tammy Davis is a freelance writer based in Columbia, SC, with podcasts on Spotify, Apple, and Anchor. Visit her website at www.tammydavisstories.com.