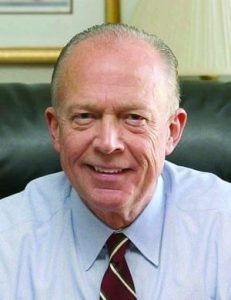 The S.C. Comptroller’s Office closed the books today on state government’s fiscal year that ended June 30, 2020 (FY 2020).  The state’s general fund spending totaled $8.6 billion in FY 2020, which was a six percent spending increase over the prior fiscal year.

According to S.C. Comptroller Richard Eckstrom, “This year has been like a roller coaster ride for state government.  The year took off smoothly but then began careening and lurching once the COVID virus hit without warning.  It felt like the ground had fallen from under us and everyone did what they could to survive while hoping for a quick end to the wild ride.”

The state began the year in a strong position as it carried forward $350 million of surplus funds from the previous fiscal year to spend in FY 2020. It also had $152 million in reserves which the state was planning to spend on capital projects. With individual state agencies being conscious of the impact of the severe revenue reductions they had experienced during the great recession of 2009-2010, agencies had collectively accumulated $432 million of previously authorized but unspent funds which they carried forward to use in FY 2020.

The books are now closed for FY 2020 and the state has finished the year with a surplus of $672 million plus a balance of $103 million in its Contingency Reserve.  These are critical resources to state government as it continues facing the significantly increased costs and decreased revenues caused by COVID-19.  No one knows when this threat will disappear.

COVID-19 has impacted the physical and financial health of S.C. citizens.  It’s also taken a toll on state government’s revenue streams.  However, one of the silent damages from COVID-19 has been incurred by the state Retirement System, which even before the onset of this virus was struggling under the weight of a $23 billion funding shortfall.  While the General Assembly previously created a plan to eventually pay off this shortfall, the plan has been suspended this year presumably to save budget dollars.  This decision resulted in further harm to the financial health of the state Retirement System, which already was almost the worst funded state-run retirement plan in the nation.

Any state official in a position to do something about the deteriorating financial health of the state Retirement System should immediately accept that responsibility.  There’s too much at stake for state leaders to fail to correct this serious problem.