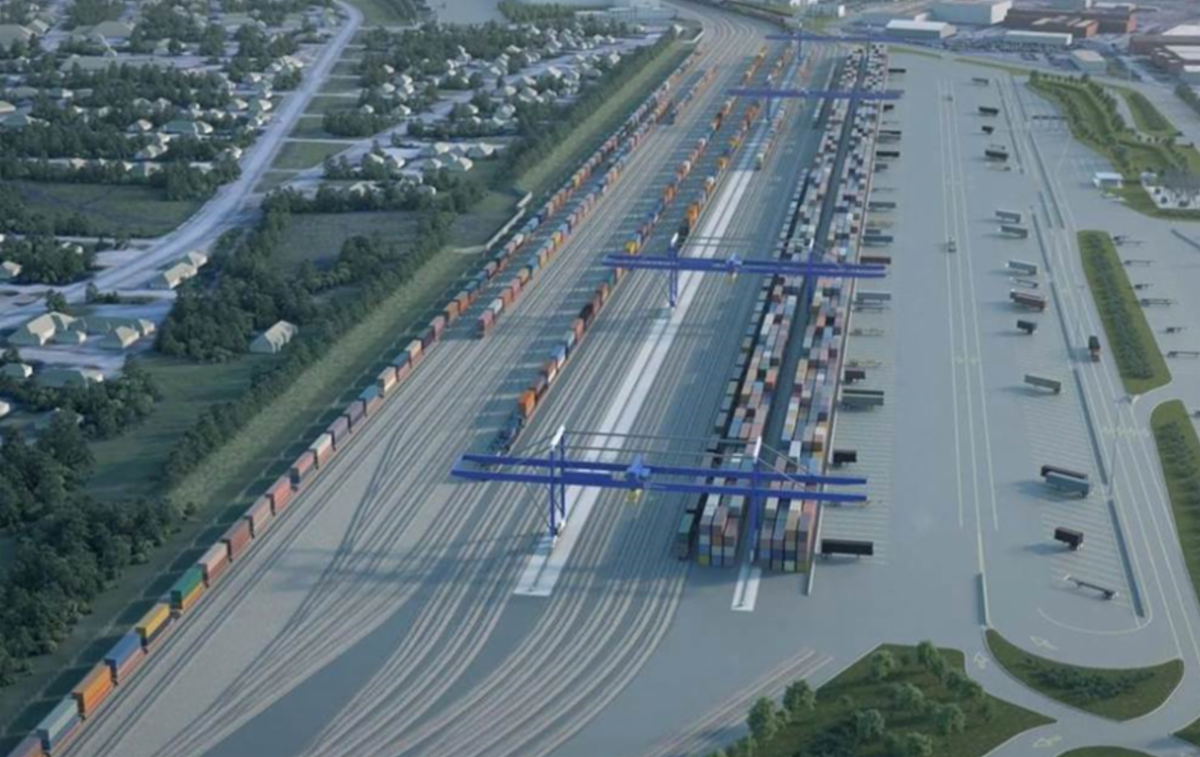 With support from South Carolina elected leaders, South Carolina Ports will soon have near-dock rail and an inner-harbor barge operation to ensure fluidity and capacity for the Southeast supply chain.

SC Ports officials and elected officials gathered in North Charleston to celebrate the groundbreaking of the Navy Base Intermodal Facility. SC Ports is developing the rail-served intermodal yard to provide near-dock rail to the Port of Charleston.

“This resolves the last remaining competitive disadvantage we have as a major East Coast container port,” SC Ports President and CEO Barbara Melvin said. “This critical infrastructure project will greatly enhance SC Ports’ capacity, allowing imports and exports to swiftly move between the hinterland and the Port of Charleston.”

“We are so grateful to our state leaders for their bold vision and for understanding what South Carolina’s businesses need to be successful,” Melvin said. “Because of their support, our strategic investments in critical port infrastructure will yield dividends to South Carolina for decades to come.”

These projects, which are slated to open in July 2025, will complement the more than $2 billion SC Ports has already invested in its infrastructure and operations to remain competitive as a top 10 U.S. container port.