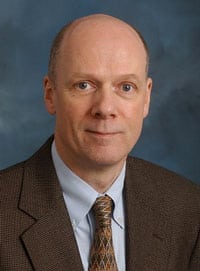 CHARLESTON, SC – After nine years of service to the Medical University of South Carolina (MUSC) and the University of South Carolina (USC), Joseph T. DiPiro is about to attend commencement for the last time as executive dean of the South Carolina College of Pharmacy (SCCP). Fittingly, he’ll be doing it twice. Once on May 9, during the USC Commencement in the Colonial Life Arena in Columbia and again on May 16 during the MUSC Commencement at the McAlister Field House on the Citadel campus in Charleston. He will assume the position of dean of Virginia Commonwealth University (VCU) School of Pharmacy effective July 1. MUSC and USC campus deans, Phillip Hall, PharmD., and Randall Rowen, PharmD., respectively, will helm the school while the provosts of both institutions meet with stakeholders to determine next steps.

A nationally-known scholar in pharmacy education, DiPiro has been the only executive dean at the SCCP, which was founded in 2005 by MUSC and USC and has expanded its program to the campus at Greenville Healthcare System (GHS). DiPiro guided development and full accreditation of the SCCP, which by many quality measures is among the best colleges in the U.S. During DiPiro’s administration, SCCP reached several notable achievements in quality and stature:

“Everything that has happened at the college during the last few years is a testament to the intellectual rigor, hard work and dedication of our faculty, staff and students,” DiPiro said. “It may have happened with my hand on the tiller, but they were the ones powering the ship. I’m excited about the opportunity at VCU but it is certainly hard to leave the outstanding people I’ve worked with in South Carolina.”

A hallmark of the DiPiro administration has been the introduction of qualitative benchmarks for measuring success, both in strategic implementation and performance improvement. The latter, called SCCP Excellence, has been featured in a national journal on pharmacy education. DiPiro has published more than 200 journal papers, books, book chapters, and editorials in academic and professional journals, mainly related to antibiotics, drug use in surgery, and pharmacy education. For more information, visit http://www.sccp.sc.edu/content/dipiro-commences-last-time-sccp-exec-dean

Founded in 1824 in Charleston, The Medical University of South Carolina is the oldest medical school in the South. Today, MUSC continues the tradition of excellence in education, research, and patient care. MUSC educates and trains more than 3,000 students and residents, and has nearly 13,000 employees, including approximately 1,500 faculty members. As the largest non-federal employer in Charleston, the university and its affiliates have collective annual budgets in excess of $1.7 billion. MUSC operates a 750-bed medical center, which includes a nationally recognized Children’s Hospital, the Ashley River Tower (cardiovascular, digestive disease, and surgical oncology), Hollings Cancer Center (one of 68 National Cancer Institute designated centers) Level I Trauma Center and Institute of Psychiatry. For more information on academic information or clinical services, visit www.musc.edu. For more information on hospital patient services, visit www.muschealth.com.