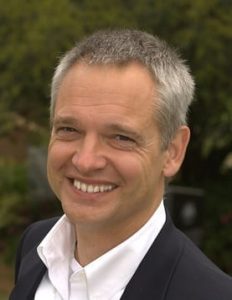 As South Carolina turns the page on the decade, I’d like to paint a picture of where we were in 2010, where we are now, and whether we are well positioned strategically as we start the next decade. There has been a seismic shift in the South Carolina economy over the past decade.  Ten years ago, our main strength was our ability to attract foreign direct investment and branch manufacturing, but we lacked an innovation-driven, entrepreneurial economy.  As we turn the calendar into 2020, that is no longer the case.  South Carolina is good at manufacturing AND innovation. The marrying of these two sectors will open up incredible opportunities for the state over the next decade.

The seeds for success in attracting manufacturing companies were sown long before the beginning of this decade. BMW was originally established in Spartanburg county in 1992 and then the BMW expansion in 2010.  Boeing was announced in October 2009. South Carolina is the ‘beast of the southeast’ when it comes to attracting manufacturing companies and we are the envy of our neighbors North Carolina and Georgia. This was an area of strength in 2010 and the SC Department of Commerce has continued to build on this foundation. In this decade, South Carolina had major announcements from Continental Tire in 2011, Volvo and Mercedes-Benz Vans in 2015 and Samsung in 2017.  There have been more than 1,200 economic development projects announced since 2011. We admire the ‘Team SC’ approach that SC Commerce has taken to promoting the state and their “a rising tide lifts all boats” philosophy.

Digest a few of these stats. South Carolina:

And here is a cool stat.

It has been a great decade economically.

At the beginning of the decade, we lacked two main inputs to execute on a successful innovation economy strategy:

In 2010, Blackbaud and Benefitfocus were two Charleston-based technology success stories, but they were pretty much the only game in town.  If these two companies wanted to attract talent from outside the state, they faced a major hurdle.  Sure, someone could locate to Charleston, but what if it did not work out at Blackbaud and Benefitfocus, where would he or she go?

Today more than 350 technology companies are building their business in the Charleston area. As Silicon Valley becomes more expensive, tech talent is increasingly searching out a better quality of life in places like Charleston, Greenville, and Columbia, South Carolina. The local talent pool is in place.

Another tremendous area of growth during this decade has been in the life sciences. What are the life sciences? They include the research, development and commercialization of healthcare, industrial, environmental and agricultural biotech products and services. In 2019, South Carolina has 15,000 professionals employed in 678 life sciences firms. Life sciences has an $11.4 billion annual economic impact in the Palmetto State. Credit here has to go to the energetic push over the past ten years of the SCBIO organization and all of its partners.

Talent is always going to be a challenge, but it is no longer a constraint for South Carolina.

If you go back to the beginning of the decade, SCRA had started its SC Launch program in 2006. They were a critical ‘first to the table’ initiative for funding innovation in the state.  If you look now, at the end of the decade, SC Launch celebrated over $1B in follow-up investments from third-party investors to SC Launch companies.

If you go back to the beginning of the decade, South Carolina did not have a formalized system in place for funding and supporting entrepreneurs. Seed capital? Angel investing?  Venture capital? Incubators? Accelerators? Mentorships? Ties to academic institutions? Wet labs? Cool places for fast growing companies to locate?  The answer was not much. If you go back to 2010, despite a decade of efforts from 2000 to 2009 to build a ‘knowledge-based’ economy, South Carolina was not on anyone’s radar for innovation.

We spent a lot of time during the previous decade comparing ourselves to RTP (Research Triangle Park), Atlanta and even Silicon Valley. But here is my favorite quote from Jack Dorsey, Founder of Twitter: “You can worry about the competition or you can focus on what’s ahead of you and drive fast.”

South Carolina has done a great job of driving fast over the past decade. Through the efforts of countless people and organizations trying to execute on an innovation strategy, we have reached a critical mass, a tipping point.

So where are we today? Seed capital. Angel investing. Venture capital. Incubators. Accelerators. Mentorships. Ties to academic institutions. Wet labs. Cool places for fast growing companies to locate. The answer is yes! There is simply too much to mention in the scope of this article. But here is just one.

WestEdge is an ambitious mixed use development project on the west side of the Charleston peninsula along the Ashley River. Importantly, it is a unique opportunity to improve the physical and business connections between MUSC and the Charleston community. 22 WestEdge is the community’s first research and office building in this innovation corridor. It was recently announced that medical diagnostics and life sciences company, Vikor Scientific, will occupy over 20,000 SF of space in the new building.

As we hit the end of the decade, the infrastructure and talent gaps have been filled.

We may not be Research Triangle Park. We may never be. Who cares?

Here is what we do have.

The seismic shift that has occurred in South Carolina over the past decade is the growth of the innovation economy.

We are going to continue to build on the homegrown innovation success stories and hit more singles, more doubles, more triples and more homeruns.

NEW: We are going to capitalize on the intersection of these two – the marrying of advanced manufacturing and innovation.  We are also going to help the manufacturers innovate as well  as solve their most pressing problems through research and development and process improvement. We are going to attract the research and development function of more Fortune 500 companies to locate in South Carolina.

Manufacturing + the Innovation Economy = a unique source of competitive advantage for South Carolina over the next decade (2020-2030).

Are we well positioned strategically as we start the next decade?

Let’s drive fast for another decade and find out.

Thanks to SCRA and the SC Department of Commerce for their help with this article.