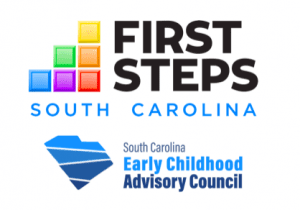 South Carolina First Steps will present about the activities of the state’s Early Childhood Advisory Council to the Early Childhood Study Committee in the Blatt Building (1105 Pendleton Street) at 10 a.m., Wednesday, October 30. The Committee’s findings will be presented to the 2019 legislative session to make recommendations to the general assembly regarding the best structure for the early childhood state system.

Additionally, she will be presenting a nationally-recognized governance model for integrated early childhood state systems that builds on the Early Childhood Advisory Council. This model is commonly referred to as a Children’s Cabinet. The legislation creating South Carolina’s Early Childhood Advisory Council does not currently name the ECAC as the state’s Children’s Cabinet, although in many states the early childhood advisory council serves in this capacity. According to Mjartan, “It will be up to the General Assembly to decide whether to amend ECAC legislation formally establishing it as South Carolina’s Children’s Cabinet.”

About SC First Steps
South Carolina First Steps to School Readiness (SCFS) is both a nonprofit and state agency and is the only statewide, dedicated comprehensive early childhood agency in South Carolina focused on getting children ages birth through five ready for school and life success. First Steps serves more than 30,000 children in 81 school districts across 46 counties. At its core, SC First Steps is a children and family first organization. Its work to support the success of all children from birth through age five by serving families, their communities and early childhood education providers. Established in 1999 by the South Carolina General Assembly to close the gap on students’ preparedness for success in school, South Carolina First Steps takes a holistic approach to accomplishing its mission of preparing all children for success in school, work and life, offering services that improve children’s health, strengthen families, expand access to quality child care, increase participation in four-year-old kindergarten programs and help transition rising kindergartners into school.

About the Early Childhood Study Committee
The Early Childhood Education Study Committee was established to make recommendations to the General Assembly regarding the best structure for coordinated early childhood services provided to children from birth to age 5 currently operating across multiple systems and funding streams for the purpose of improving the delivery of services, maximizing the number of children served, ensuring that all children are ready to enter school, and delivering cohesive high quality early childhood education, care and parental support to all children in South Carolina. The Committee must solicit input from and consider the recommendations of affected constituencies, such as the report of the Office of First Steps Study Committee established pursuant to Act 287 of 2014, in the development of its report. Programs to be included in the study must include, but are not limited to: Head Start Collaboration Office, Office of Early Learning, ABC Childcare Program, Childcare Licensing Office, Childcare Resource and Referral Network, Child Early Reading Development &amp; Education Program, BabyNet, Women, Infants and Children Supplemental Food Program (WIC), and the Postpartum Newborn Home Visitation Program.