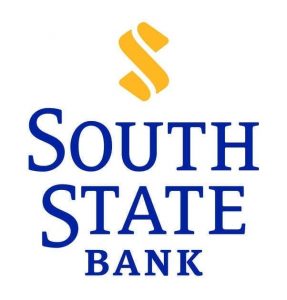 Merger Creates the 8th Largest Bank Headquartered in the Southeast

WINTER HAVEN, FL & COLUMBIA, SC – CenterState Bank Corporation, the parent company of CenterState Bank, and South State Corporation, the parent company of South State Bank, jointly announced that they have entered into a definitive agreement under which the companies will combine in an all-stock merger of equals with a total market value of approximately $6 billion to create a leading Southeastern-based regional bank.

“We are excited to partner with CenterState,” said Robert R. Hill, Jr. “We have great respect for John, the management team and the company CenterState has built. This is a great combination of cultures, which will create tremendous value for our shareholders.”

“We have known and admired Robert and his team for over a decade, and we believe our two organizations are an outstanding fit,” said John C. Corbett, CEO of CenterState. “Combining these two high-performing teams will allow us to build an even stronger company together.”

Strategically Compelling for Both Organizations

The merger will combine the executive management teams from both organizations. In addition to Robert Hill, Executive Chairman, and John Corbett, CEO, the executive team of the combined company will include three members from each legacy company.

The merger is expected to close in the third quarter of 2020, subject to satisfaction of customary closing conditions, including receipt of customary regulatory approvals and approval by the shareholders of each company.

CenterState operates as one of the leading Southeastern regional bank franchises headquartered in the state of Florida. Both CenterState and its nationally chartered bank subsidiary, CenterState Bank, N.A. (the “Bank”), are based in Winter Haven, Florida, between Orlando and Tampa. With over $17 billion in assets, the Bank provides traditional retail, commercial, mortgage, wealth management and SBA services throughout its Florida, Georgia and Alabama branch network and customer relationships in neighboring states. The Bank also has a national footprint, serving clients coast to coast through its correspondent banking division.