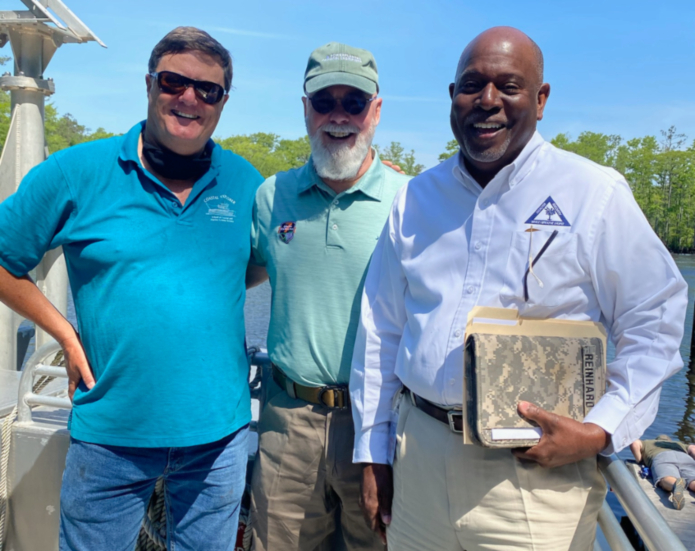 Conceived by the S.C. Floodwater Commission’s Smart River Task Force, the research program was developed by CCU’s Burroughs & Chapin Center for Marine and Wetland Studies. The program was unveiled with a sensor-technology demonstration, May 17, at the Osprey Marina in Myrtle Beach with sensors being placed in and along the Waccamaw River in Horry County.

According to a CCU statement, the newly installed water-level sensors were made possible by a RAPID grant from the National Science Foundation as well as private sector funding in the amount of $100,000 from the Duke Energy Foundation which will enable increasing resolution beyond the regional sensor-coverage in place through U.S. Geological Survey (USGS) stream flow gauges in tributaries, neighborhoods, and areas between USGS gauges.

“It is encouraging to see this kind of broad collaboration between government, the academic communities and the private sector addressing this extremely complex scientific challenge,” said S.C. Senator Stephen L. Goldfinch, whose district includes Charleston, Georgetown and Horry Counties. “This science will allow us to develop effective solutions to meet this growing concern.”

S.C. Rep. Heather Ammons Crawford, representing Horry County, said, “A reoccurring problem faced by waterfront residents in the Socastee area is the lack of an effective warning system notifying them the water will soon rise. This technology, and the partnerships which have brought it to fruition, will help us to better understand the complex watershed so we can continue to develop strategies to address floodwater issues in Horry County.”

“The Atlantic Hurricane season begins in two weeks and serves not only as a period of storm preparation and vigilance, but as a stark reminder that coastal regions like those here in Georgetown and Horry Counties are extremely vulnerable,” said Mullikin, who was appointed chair of the Commission by Gov. Henry McMaster in 2018. “We simply cannot say we are preparing for the worst without creative approaches and solutions to that preparation. That’s what this Smart River technology represents today.”

Goldfinch thanked Duke Energy and the S.C. Boat Manufacturers “for their generous and ongoing assistance” with the initiatives conceived and planned by the S.C. Floodwater Commission. “We are also grateful for the leadership of the CCU’s Burroughs and Chapin Center for Marine and Wetland Studies and of course CCU’s Dr. Paul Gayes and others for their leadership in addressing flooding issues in Horry and Georgetown Counties,” said Goldfinch.