Saluda Shoals Park is seeing a resurgence of visitors following the global pandemic that kept many guests away last year.

In in average year, the park hosts more than 700,000 guests throughout the year. And during this year’s first quarter – typically the slowest months – the park welcomed more than 130,000 visitors.

The turnaround has been welcome news to many, including park ranger, Zach Pensa. When Saluda Shoals closed in March of last year, Pensa wasn’t sure what was going to happen as Covid-19 had just made its first serious push onto U.S. soil. 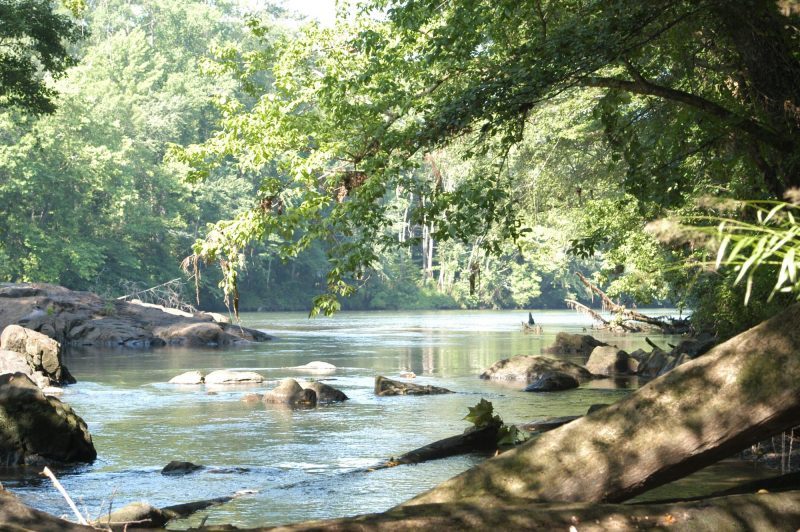 “I don’t think anybody had any idea. There was always the threat that the park would close, maybe not permanently, but long enough that we would lose our jobs.”

The pandemic hit just as Saluda Shoals was about to enter its busiest time of year, from around April to August. Before the pandemic, the park offered a variety of services, including environmental education courses for the local youth, kayak and canoe rentals, sports leagues, and summer camps. Coronavirus ensured that rangers like Pensa would be much less busy over the next few months though.

“We had to stop pretty much everything. I had a full spring of environmental education classes booked, and we just had to stop halfway through March,” he said.

Another concern was finances, as Saluda Shoals is not fully funded by taxpayer dollars. “We really feared the worst. If we can’t have people come to the park and pay admission fees and all that, we don’t make money,” Pensa said.

However, after more information came out about the pandemic and the CDC released more guidelines, Saluda Shoals slowly began to reopen in May of 2020. According to Pensa, it was a slow process.

“At first, we just let people in. All the buildings, including the restrooms were closed, and we couldn’t run any programs, but it was good to have people back in the park,” he said.

After the park reopened, park management decided it would be safe to run the park’s summer camps, with major safety measures in place.

Not only did Pensa and other park employees benefit from the reopening of the park and the restart of their programs, but so did park volunteers.

“We had one of the busiest summers I can remember. Not just for the kids, but regular park goers, people who were just dying to get back out there,” Pensa said.

Some of the most consistent park goers are the numerous volunteers Saluda Shoals employs were even more excited than the general public. One volunteer, who leads a monthly bird walk at the park noted the impact that the reopening had on the community.

“The reopening meant I could leave my house and walk in nature to relax, to be refreshed, to watch how change was occurring. It had a great impact on the community.  People come there to walk their dogs, to see friends, to exercise, and you could see the relief on faces.”

Pensa and the other rangers worked hard to get the park to that point, and the community recognized that.

“We definitely got thanks from a lot of people, for finding ways to stay open and run the programs,” he said, noting how understanding most of the parents were in signing extra waivers or dealing with the extra regulations. “The community really came together.”

Above all though, Pensa said that the best part was getting the children back out at the park. “It definitely gave them a sense of normalcy. They’re used to going to school every day and seeing kids their age, so when they were able to come here and do that, it really helped them cope.”

Even so, it was not lost on Pensa the impact the pandemic had on the parents. “I’m sure at that point they were ready to do anything to get them out of the house,” he joked, “but we were more than happy to take (the kids) off their hands for a few hours.”

However, he knows there remain the possibility of more pandemic related challenges, even with the finish line seemingly in sight. But Pensa and the volunteers are willing to do what it takes to keep the park open.

“Even now, although I’ve had two vaccinations, I wear a mask in the park.  Many people don’t but a few of us do,” Pensa said. “It’s a reminder of something we could do to keep the park open should such an event happen again.”