The hills were red. Barren, like some alien landscape. Nothing green. Could have been Mars.

I was just ten or so when Dad drove us through Copper Basin. I saw the results of copper mining that one time but it burned itself into my memory. How did this come about?

Between the 1840s and 1987 men mined copper in those hills. The copper there contained sulphur, so the men set bonfires to burn off the sulphur. That meant cutting trees for fuel. Then acid rain started falling from all that sulphur gone skyward. Grasses and vines and shrubs died. Here comes more rain and there goes the topsoil. All that was left was red clay. Mining laid the land bare … stripped, denuded, cleared, robbed, deforested, defoliated—ugly words all.

Today reforestation has helped heal the land but it’s still a draw for people who want to see where copper came from. And so Copperhill, Tennessee is a tourist destination. Right above the Georgia line it sits. And Copper Hill has a sister, McCaysville, Georgia, right below the Tennessee line it sits. 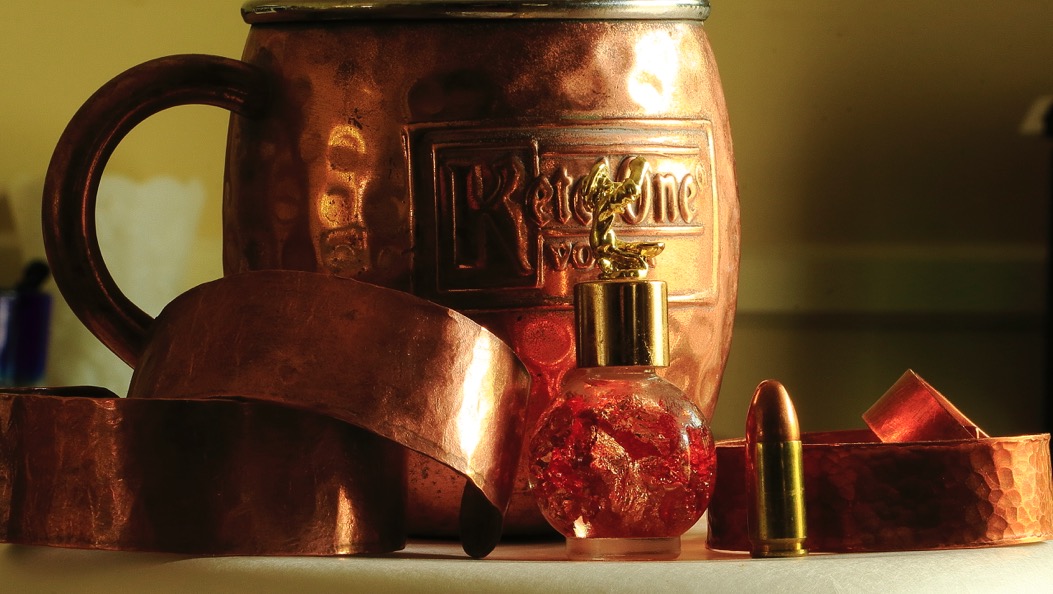 Copper hid in them thar hills. In 1843 men found it. That wasn’t long after the Blue Coats forced the Cherokee Indians to walk the “Trail of Tears.” Well now, what to do? Just what to do with that beautiful ore. Let’s bring in tin miners from Cornwall, England, and other countries. They can use their tin skills to extract copper from them thar hills.

By the 1870s over 50 square miles had been stripped bare of trees. A domino effect took hold and the land suffered, and that meant man would suffer too. Elizabeth Dulemba, writing in “The Copperhill Story” gives us a glimpse of what man had wrought. “The wind was too corrosive for tin roofs (everybody had asphalt shingles) and could eat up a pair of nylon stockings hanging on a clothesline in a matter of minutes. There were no bugs, and there were certainly no birds.”

Sounds a bit like a wasteland does it not. The good news is reforestation efforts have reclaimed much of the region damaged by copper mining. Wetlands exist even. Well, somewhere else men still mine copper and we put it to good use. I have four copper bracelets. I wear two daily. I read that copper does good things for our health. It might provide therapy for Alzheimer’s and Parkinson’s disease. I read that wearing a copper bracelet fights off viruses but I don’t think that’s true. Zinc, I hear, combats viruses but that’s when it’s taken as a dietary supplement. The jury’s out as wearing copper goes, though a woman told me she wears copper for the balance it gives her. Balance as in standing erect.

Still I like my copper bracelets. And I love the green patina copper produces when it oxidizes, but there was no green in them thar hills back in Copperhill, Tennessee for many a moon. Copper is mined today in Utah, Arizona, Michigan, Nevada, and Montana. I hope it’s done in a more environmentally friendly way.

That ductile reddish chemical element easily draws into wire, and it’s second only to silver as a conductor of electricity and heat. It possesses a pleasing color and luster and takes a high polish. It forms alloys readily with almost all metals but it has to be wrested from the ground somehow. The allure of copper carries a price.

I was a boy when I saw Copperhill, Tennessee, and it frightened me. Today it makes me think of Robert Ingersoll’s opening statement when he defended some Southern boys out in Sutter’s Field. “I’m very happy to talk to the gold miners. I’m very happy, today, to be your guest in this courtroom, guest of you hardy souls who earn your precarious living by wresting the precious metal from the clutches of the miserly rock.”

Ingersoll romanticized mining and its wresting of precious metal from miserly rocks but he also wrote this: “In nature there are neither rewards nor punishments; there are consequences.”