Like Halley’s Comet, I’m predictable. I come around to the same subject matter every so often. When I do, it’s because something triggered memories. A few days ago I drove past Washington, Georgia’s Mule Day Festival at Callaway Plantation. Headed along Highway 78 to the Georgia-Auburn game, I kept on keeping on, but a good crowd milled about on Mule Day.

The turnout for the Chamber of Commerce’s 41st Annual Mule Day Festival warmed my heart, as I’ve long been an admirer of the mule, that stalwart, dignified laborer. The mule deserves its day in the sun.

Once in a blue moon, and I mean the bluest of blue moons, I’ll see a man plowing with a mule. It’s like being a time traveler. Otherwise, I see mules here and there browsing, peering over a fence, and in general minding their business. Each time I see these noble beasts of burden, my mind jumps to three things. 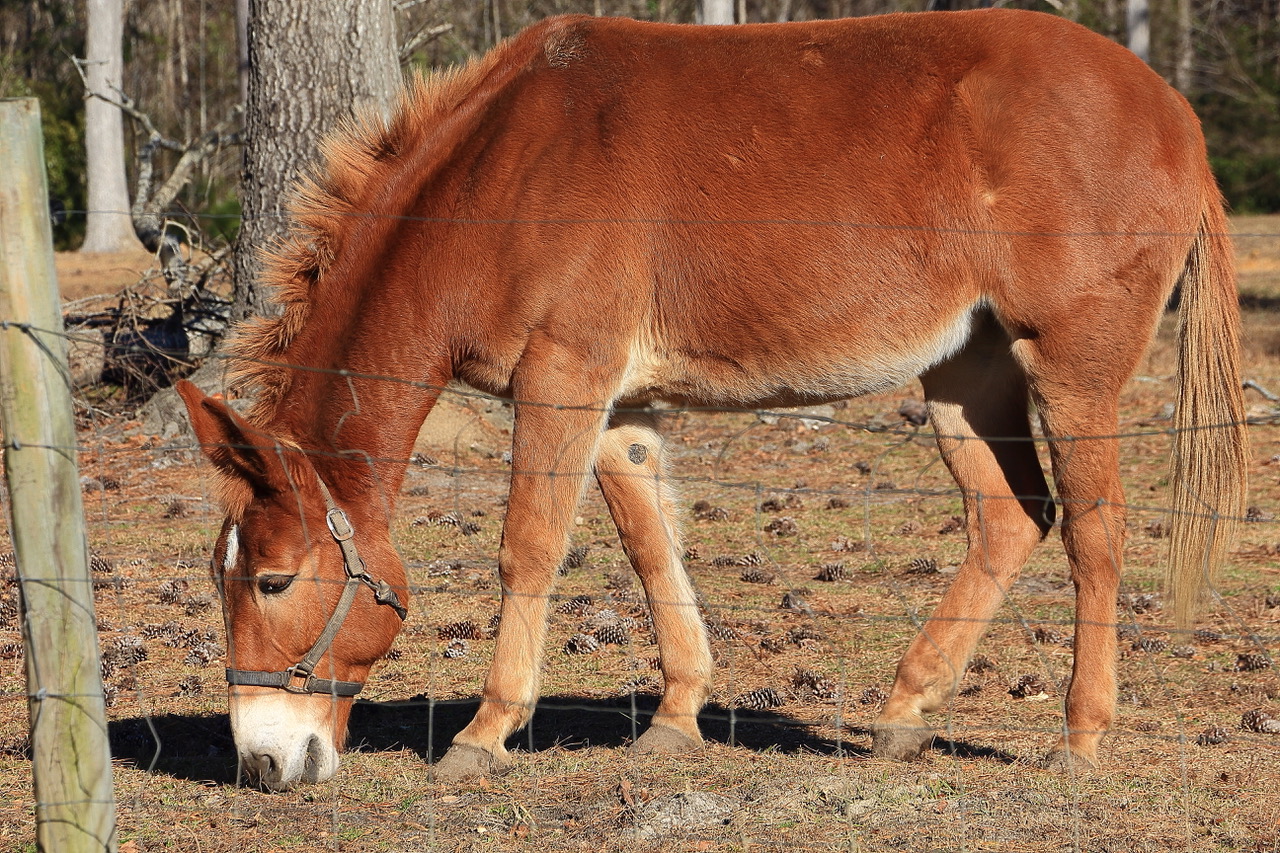 The hardworking mule, often perceived as stubborn when it was just using good sense.

First among my mule memories are boyhood days at my grandfather’s farm. I rode a mule on Granddad’s farm, no saddle. The mule’s sharp, bony back chewed into me and left a sore reminder of what makes saddles benevolent. That old mule had pain of his own, a large, festering abscess on a knee. Granddad had fastened a chain to the mule with an old tire attached to it. Wherever the mule wandered, the tire trailed it.

Looking back through hindsight’s clear lens, I figure the tire kept it from jumping fences, and that takes me to Edgefield, South Carolina, and its feud that led to eight people’s death when a mule jumped a fence and broke a heifer’s leg. It’s a winding, shocking tale and if you haven’t read it, google my story “How A Mule Kick Killed Eight People.” Granddad, having roots in Edgefield, had to have heard about the infamous mule kick and didn’t want his mule getting into another man’s pasture.

The third place my mind jumps too is the mule’s prominent role in Southern literature. Scholars have studied the mule’s contributions to stories and there’s no shortage of writers who put dead mules in their stories. Among them are Truman Capote, William Faulkner, Erskine Caldwell, Richard Wright, Doris Betts, Reynolds Price, Clyde Edgerton, Larry Brown, and Cormac McCarthy.

Jerry Leath Mills, a University of North Carolina professor, deceased like the mules he studied, developed a litmus test for what makes Southern literature Southern. “It has a dead mule in it.”

Indeed, many Southern stories feature deceased mules. Cormac McCarthy’s novel Blood Meridian makes him the king of literary mule carnage. Men shoot them, roast them, drown them, stab them, and mules die for want of water. In one scene, he does in fifty out of a conducta of 122 mules. They’re packing in quicksilver for mining when an ambush runs them off a cliff.

“The animals dropping silently as martyrs, turning sedately in the empty air and exploding on the rocks below in startling bursts of blood and silver as the flasks broke open and the mercury loomed wobbling in the air in great sheets and lobes and small trembling satellites …. Half a hundred mules had been ridden off the escarpment.” That’s a tragic but fictional end to noble beasts of burden.

I admire mules and it does my heart good to see others pay them homage. Such is the case with a book I have, The Natural Superiority of Mules. Its dedication points out that farmers bought hundreds of thousands of mules across the South. The progeny of a male donkey and female horse, the mule long provided power for farming, timbering, gristmilling, and other labor-intensive work. But mules knew when to call it a day.

There’s an old saying “mule sense?” Mules would sometimes refuse to carry a weight too heavy or lie down when ridden to the point of exhaustion. It wasn’t stubbornness; it was good sense. It knew when it had hit the wall and its health was in danger. Mule sense. Something we humans need.