As you drive from here to there in a rush, how many times have you turned around to stop at an abandoned store? I do that a lot. The older I get, the less I hurry, and being in a hurry on the back roads just doesn’t happen for me. I take the back roads to pay homage to those who came before us and to save my sanity in this crazed mad rush of a world.

Returning from a book event in Greenville a few days ago I passed the dignified old store you see here on Highway 25 near Ware Shoals, South Carolina. The stone supports begged me to turn around and I did. Those supports? They looked new and old at the same time. Stone ages well doesn’t it.

Stacked stone. Cormac McCarthy wrote that the oldest profession in the world is not prostitution. It’s stacking stones. I believe it. Stacked stones worked for primitive man and it works for us, and for sure it has worked for this old store, and there it stands, abandoned yet dignified. 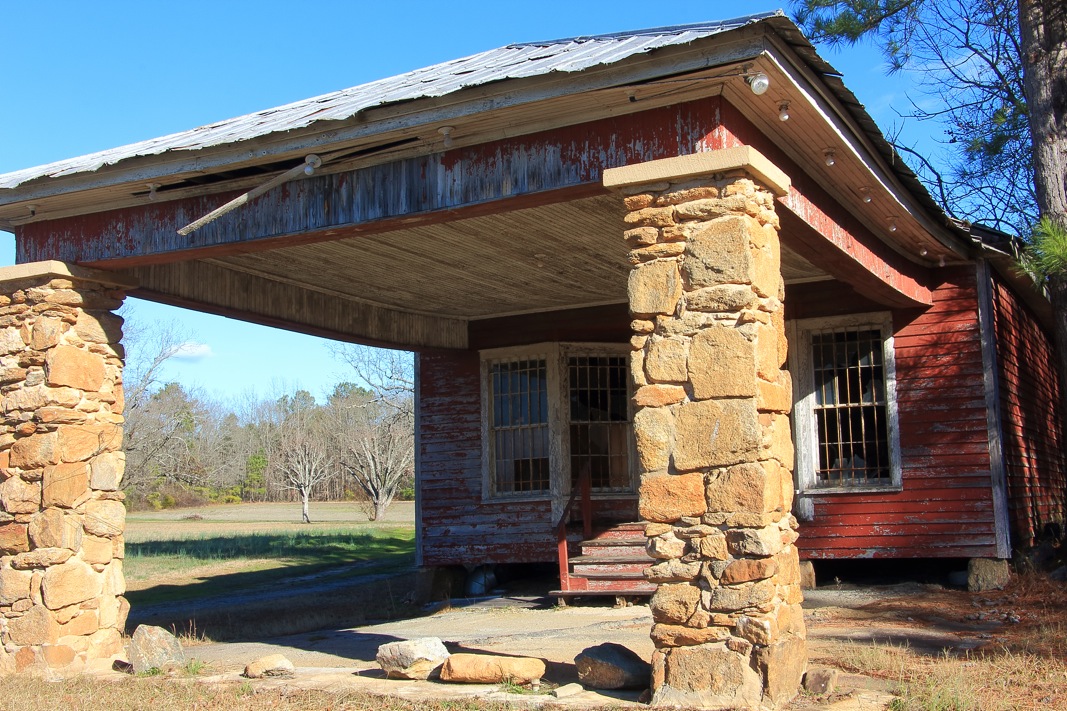 I was on my way to visit family in Lincolnton, Georgia, but I just had to go back and photograph the old store and peer through its broken windows. I saw an old chair and an old bicycle. “Those stone supports sure look new,” I thought but Greenwood’s Norma Britt, she of Blazer’s Restaurant fame, told me they’ve been there as long as she can remember. Kudos to the men who built them. They combined beauty with function and gave a Georgia boy something to get excited about.

Moving on, as I resumed my drive toward the Georgia border that old store stayed in my mind. I needed to see more old places, so just before hitting the state line I detoured onto SC Highway 7, which I refer to as the Mt. Carmel Highway. I take it often, veering right at a fork a short ways past Hickory Knob State Park. After passing a small gem of a church, Bordeaux, I turn left onto Highway 81 and make my way to Willington and on to Mt. Carmel where I check on daffodils in front of a church this time of year. Seems the Highway Department always mows ’em down and I’ve yet to photograph that old church with butter-gold daffodils in the foreground. Better luck next year, Tom. 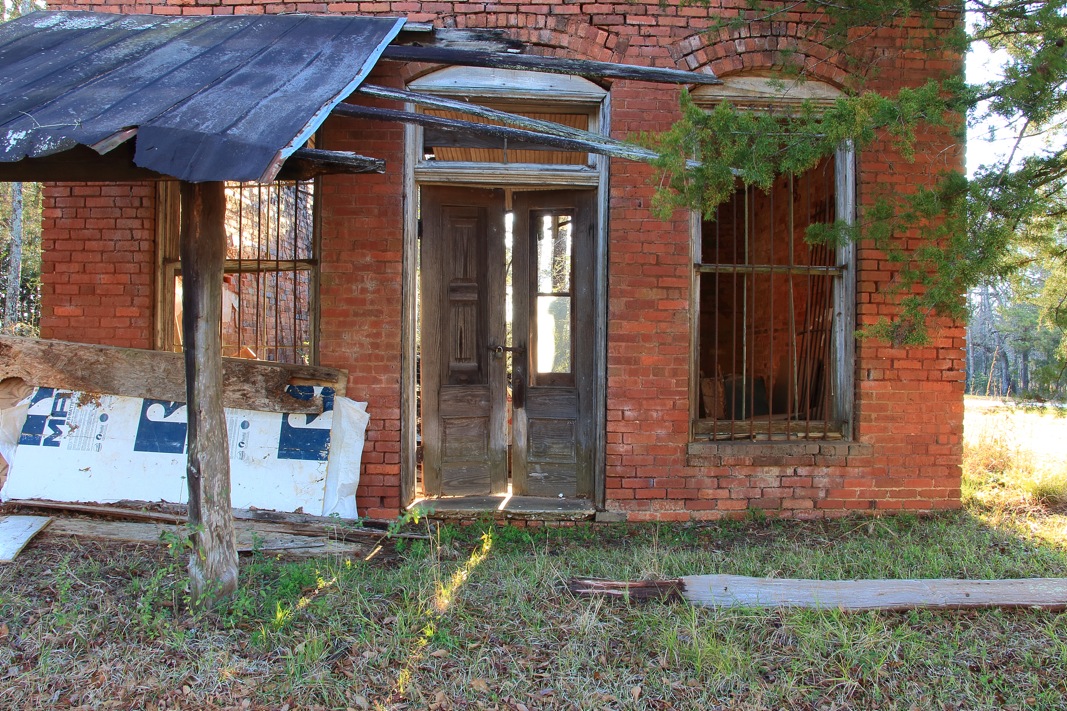 Driving past Willington toward Georgia yet again, an old building that reminds me of a jail caught my eye. You guessed it. I turned around to photograph it. Brick, iron, stone, and wood, what a splendid combination. This old building retains its dignity too despite having a sheet of insulation mar its face.

Abandonment. It surrounds us and it isn’t always charming. I see many a deserted strip mall. I’m sure they’re wired for the Internet, flaunt fantastic insulation, sport big picture windows and fluorescent lights, but they’re ugly as Hell. Why can’t we make stores that possess dignity anymore? Is the rush to worship God Efficiency and look like everyone else responsible for this blight? I’d say so. Builders combine brick, wood, and steel to create monotony, and like some bland species of mushrooms, they pop up everywhere. And when one strip mall dies, another one shoots up nearby. God save us.

I’m sure newer, more efficient building techniques will arrive and in some even blander future some fellow like me will pass an outdated box store like the ill-fated Circuit City and HH Gregg, or a closed Walmart and go, “Wow! I’ve got to go back and photograph that.”

Well, you know I am just being a smarty-pants. No one will photograph urban rot. But the classic old buildings from yesteryear? The ones crumbling that nonetheless maintain their dignity? They’re the ones with character and they pull on me hard. So, I’ll continue to turn around and pay old places respect because each day that passes means seeing the likes of them and their brethren grows less likely.