The old book and instrument of wood and ivory need each other. In fact, they share what biologists call a symbiotic relationship. In my recall of days of yore, the hymnal and old piano made beautiful music. And they still do.

When boyhood held me in its tenuous grasp, church didn’t thrill me. Oh the wasps that congregated in New Hope Baptist Church’s sanctuary entertained me. I had a secret longing that a wasp would sting someone slap dab in the middle of a sermon. What might unfold? A sting never happened but magical music did, and it lives in me still. 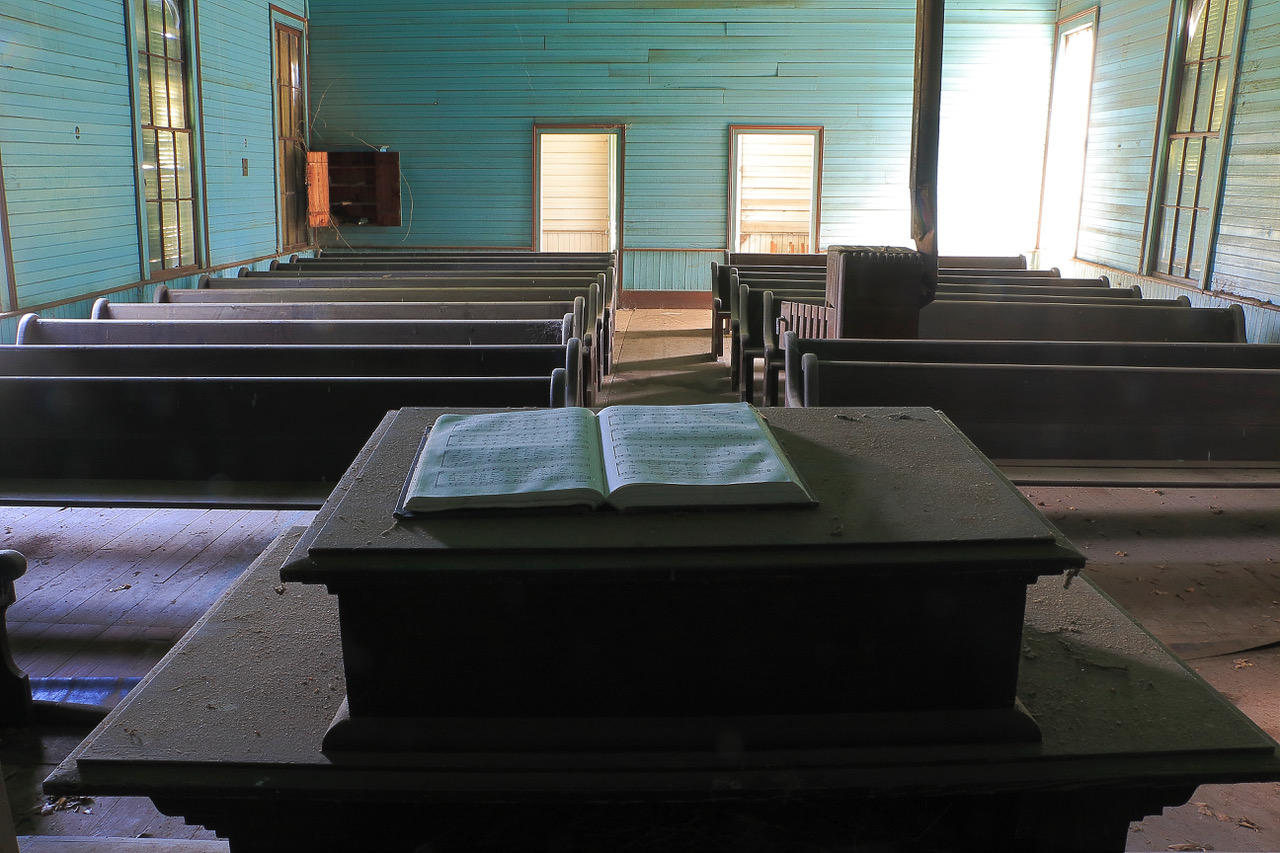 The music moved me through its power and it came from ordinary folk. Men, women, and children, old ladies with their hair in buns, and many a bald man and daresay one or two wearing rugs joined in the chorus to make a mighty sound to the Lord. The music proved memorable and provided a rare live performance for me, living as I did in a bit of a cultural desert.

Gospel music. It changed lives in intended and unintended ways. Read the bios of some legendary musicians and you’ll learn that church music steered them toward their careers. Elvis loved gospel music. So did Little Richard, Aretha Franklin, Ray Charles, and Sam Cooke.

Gospel takes its place among Chuck Leavell’s early musical influences. Hardscrabble musician Carl Perkins grew up the son of poor sharecroppers near Tiptonville, Tennessee, and like many Southerners, gospel music caught his ear at a young age. Gregg Allman’s rendition of “I Believe I’ll Go Back Home” hints of a gospel message—“Acknowledge that I done wrong.”

We must acknowledge that gospel music constitutes a genre of American Protestant music. Rooted in the religious revivals of the 19th century, it branched off into several directions within white and black communities. Gospel and 1920’s blues and 1930’s country music provided dark rich loam for rock ‘n’ roll’s roots. Throughout the country, gospel, folk, and blues in cities such as Memphis, Chicago, New Orleans, and others contributed to rock. Early rock ’n’ roll featured a piano or saxophone as lead instrument, but legendary bluesman Robert Johnson went down to the crossroads where the devil gave him a guitar, and the guitar would rise to prominence in the late 1950s.

As the 1950s go, the piano sits prominently at my crossroads of memories. My parents, ever dutiful, took my sisters and me to church every Sunday. I can’t sing, never could, but those old songs still play in my head. I’m going out on a limb here but seems I recall “Marching to Pretoria,” but no doubt it’s “Marching To Zion,” I recall. Pretoria doesn’t ring Biblical but I remember how the congregation sang certain songs with gusto, songs such as “What A Friend We Have In Jesus” and “Bringing In The Sheaves” was one such song also. And “Blessed Assurance,” which just popped into my head.

I can’t recall the pianists who passed through church doors but I hear them playing and see them on the bench pounding the keys and swaying. The old piano put off a honky top sound, a saloon timbre, perish the thought, but I liked it. The preacher or self-appointed song director would say, “Stand and turn to page so and so,” and the pianist would bang out a few introductory notes and folks were off to the races.

All that was long ago. These days I come across inactive churches in Georgialina. Birds nest in them. The churches stand in pine thickets, at the edge of fields, and some overlook forever-forsaken parking spaces. Pews sit empty. A piano sits in each, and now and then I spy an old hymnal.

When I’m in them I take photos and remember my childhood Sundays at church. I could always count on wearing my Sunday finest, music, preaching, and piano playing. I remember and remember and remember, and then magic takes over. In an old abandoned church, tombstones just outside its windows, I close my eyes, wasps take wing, the choir stands, music comes to me, and when some player piano cranks out a honky-tonk sound, Mom and Dad stand and the congregation bursts into song and it’s the 1950s all over again.