Here in the classic South, we have two choices when it comes to national parks. We have the Great Smoky Mountains National Park in Tennessee and we have Congaree National Park near Columbia, South Carolina. Chances are it’s the closest national park to you. 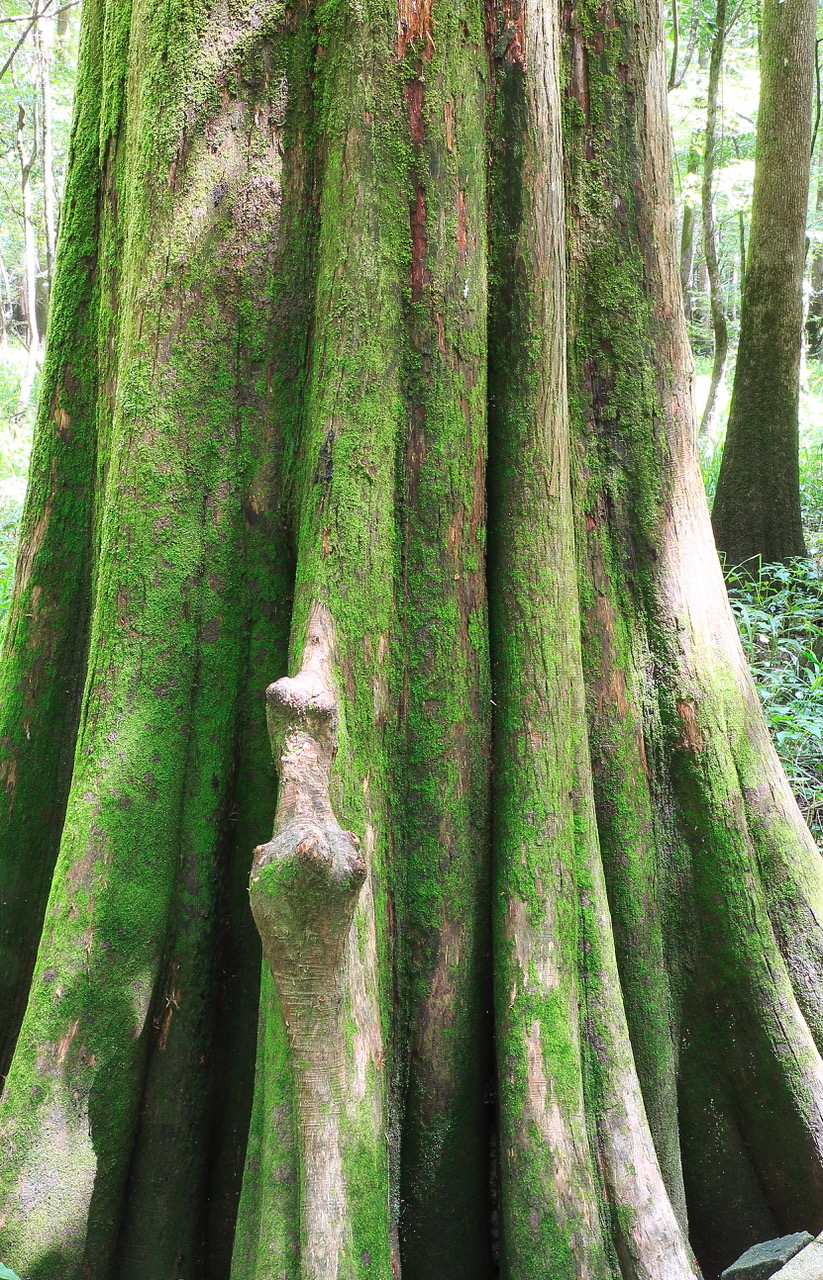 Green dominates the park. From massive buttressed trunks to ferns.

On a hot and humid Sunday I paid it a visit. Right off I saw a brass relief of Harry Hampton on the visitor’s center, and with good reason. For many a day Hampton led a lonely campaign to save Congaree Swamp, a 15,000-acre tract of pristine bottomland hardwood forest along the Congaree River’s north bank some 20 miles southeast of Columbia.

As I walked the 2.4-mile boardwalk, I saw a red-bellied watersnake, whitetail deer, brilliantly colored spiders, and evidence of wild hogs. But the show here comes down to trees and at key times synchronized lightning bugs. I walked through South Carolina’s last virgin forest, which stands as tall as any temperate deciduous forest the world over. As civilizations rose and fell, Congaree’s trees grew upward and outward, some of them for 800 years. Light resonates here among the boughs of one of Earth’s highest canopies. 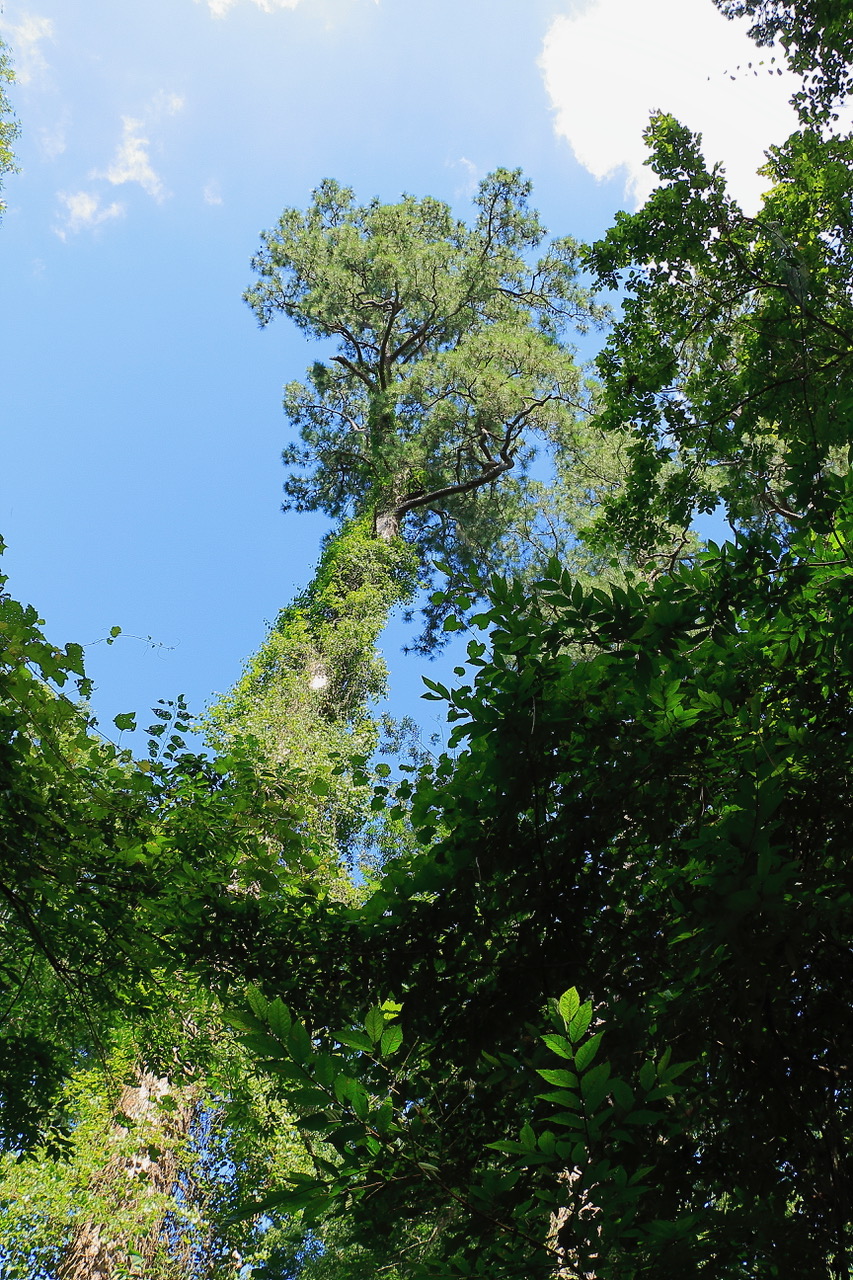 Massive pines soar into the sky.

Ninety protected tree species—half the number Europe boasts—take their place among California’s redwoods and Yosemite’s sequoias. Three-hundred-year-old loblolly pines, exceeding 15 feet in circumference and 150 feet tall, rise into a sky-blocking canopy. Before the saws and dams, 24 million acres of lofty bottomland beauty carpeted the East Coast. Congaree Swamp—the one bottomland that refused to go quietly in the night.

In the 1890s, loggers felled bald cypress monarchs whose water-soaked logs sunk in revenge rather than float downriver to sawmills. The oft-flooded swamp, too bemired for road building, frustrated the loggers who abandoned their quest. Only nature has touched Congaree since. In 1989, Hurricane Hugo toppled several national champion trees, including Shumard oak.

We can thank Harry Hampton for his role in saving Congaree. In time, others took note of his efforts and a grassroots effort swelled to the point that a new designation arrived in 2003—Congaree National Park, a 26,276-acre national park in central South Carolina, the culmination of the campaign Hampton ignited in 1969. The park preserves the largest tract of old growth bottomland hardwood forest in the United States. It’s a green-variegated gem—the country’s 57th national park and South Carolina’s first. Here, a 22,200-acre biome, the country’s largest contiguous tract of old-growth bottomland hardwood forest, delights visitors. Know that it’s the twelfth least visited national park. So, it’s not swarming with people, and I like that. 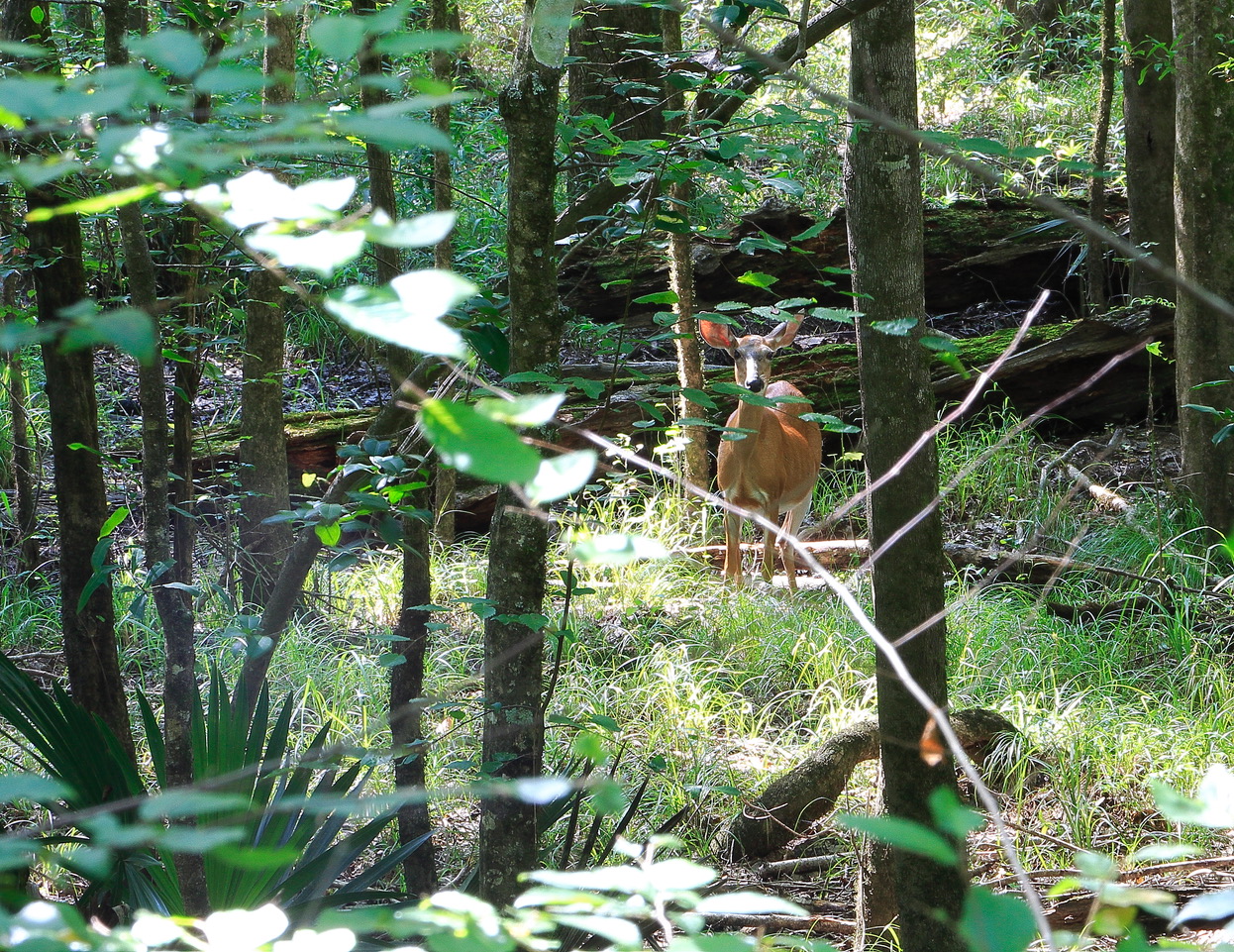 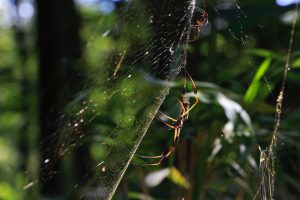 Throughout the park, spiders cast their nets in search of prey.

Hampton devoted his life to the state’s natural resources, and he’s known as the father of South Carolina’s conservation movement. The Harry Hampton Wildlife Fund, South Carolina Department of Natural Resources, and fans of the great outdoors follow Harry Hampton’s lead. They’re doing good things for wildlife, its habit, and nature in general.

You live in striking distance. Why not spend a Sunday beneath one of the world’s taller canopies. Some of you might want to plan backcountry camping there. Whatever your preference, if you’re a bit like me, you’ll come away with a thought … Never have I seen so much greenery.”