Hauling two wire cages of stacked stone, the flatbed turned right and crept uphill. Cormac McCarthy wrote that the oldest profession in the world is not prostitution. It’s stacking stones. Well, you can stack stones as they are and you can stack stones shaped by man and nature. You’ll see small river-carved rock stacks on the Chattooga, and you’ll see stacked stone supporting the overhang of old stores.

Stacking stones crafted by the hand of man make beautiful structures but they aren’t immune to gravity. The stones you see here are part of Badwell Cemetery in McCormick County. After quarrying, stonecutters gave them a rough shape and stonemasons sculpted them into a precise shape.

I admire stonewalls, stone walkways, stone arches, and stone bridges. I’m not that big a fan of cement “stones” from big box hardware stores used for walkways and borders, and walls. They’re just not genuine but along back roads stonemasons’ art endures as walls, church markers, and entranceways to antebellum homes long gone. Rock endures just about everything you can throw at it. Not dynamite but otherwise it lasts. 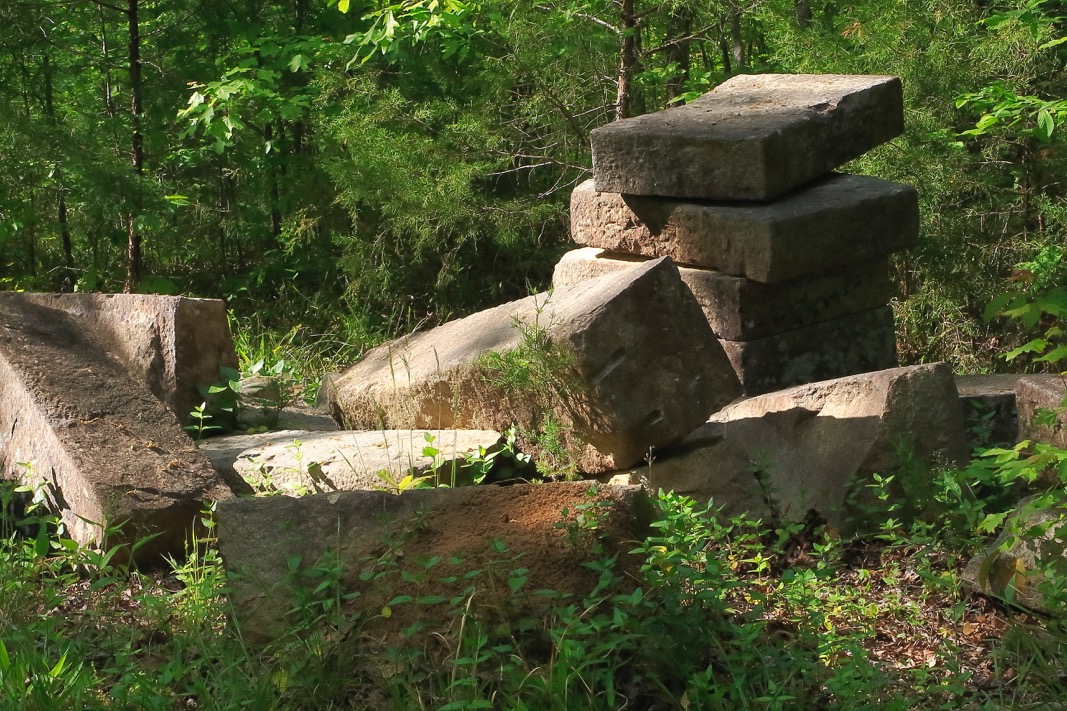 In Chester County at Landsford Canal you’ll see the early 1800’s handiwork of Irish stonemasons who crafted the canal’s guardlock that lowered boats into the canal during floods. The finely cut, precise granite stones still stand. In the river, an old diversion dam of rock continues its prolonged tumble. The right front wall of Badwell succumbed to gravity and toppled into the cemetery as revealed by a photograph. Today the fallen stones sit outside the cemetery, moved off the graves they fell onto.

Badwell Cemetery’s stone blocks came from a local quarry but I have yet to find it. I hope to. Could be it’s beneath nearby Clarks Hill/Strom Thurmond Lake. If I find that quarry, I’ll have yet another story about the French, many who came here to die in the mid to late 1800s.

As the Huguenots, led by the Reverend Jean Louis Gibert, built and oversaw the building of Badwell plantation, its springhouse, and cemetery, the sounds of mallets and chisels rang out. Hoists groaned and creaked as men struggled to put the stones in place. I don’t know how much those stones weigh but I know no one man can lift one. Metal straight edges flashed in sunlight as stonemasons perfected and aligned blocks. They might have fashioned a lewis and used it combination with a block and tackle. Let lewis pick ’em up. A lewis, that’s a device that grips heavy blocks of stone for lifting. Once the stones were in place, mortar held them in place.

No doubt ruined backs, crushed toes and fingers, and a lot of maiming took place in building Badwell Cemetery. How could it not? Crushed and crippled or not, men built a stately cemetery, one still standing. I stood within those walls among the dead. I heard the cries of pileated woodpeckers and the electric squeak of hummingbirds in the canopy. Man’s oldest profession doesn’t wall the souls resting here from the forest. No, they are part of it and long will be. We all should have such a peaceful place of rest. 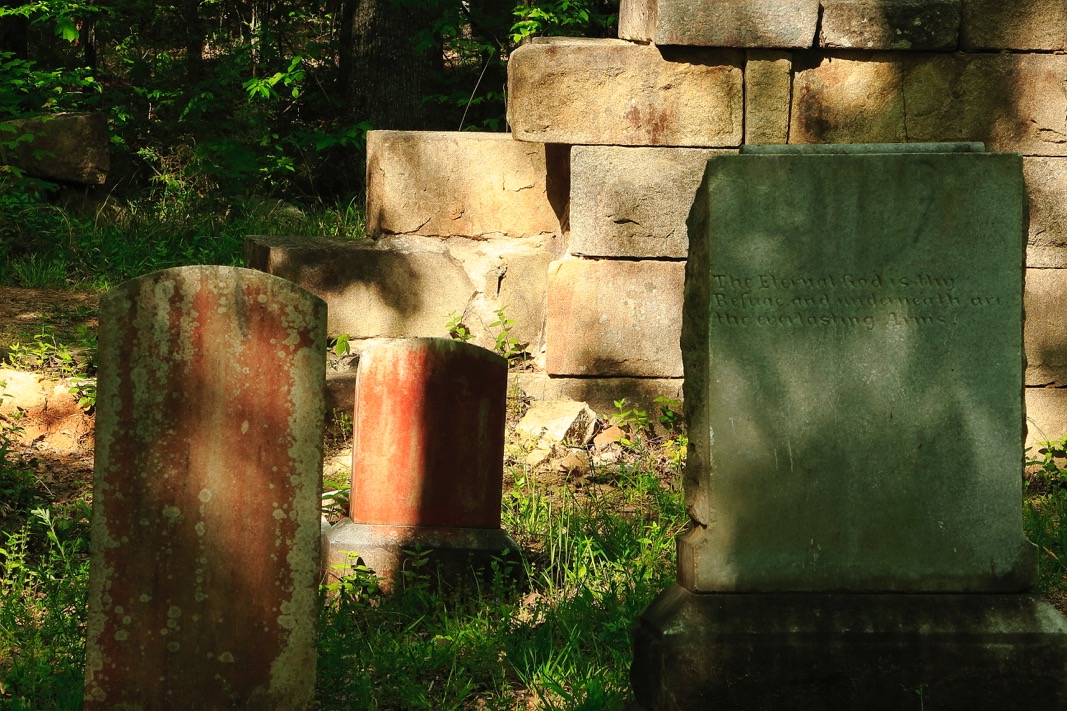