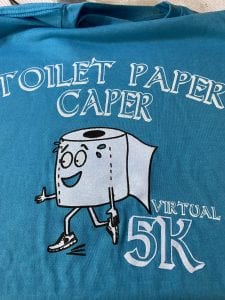 I just finished the Toilet Paper Caper, a virtual 5K.

Thank goodness I registered under a fake name.  Nobody needs to see that slow time. 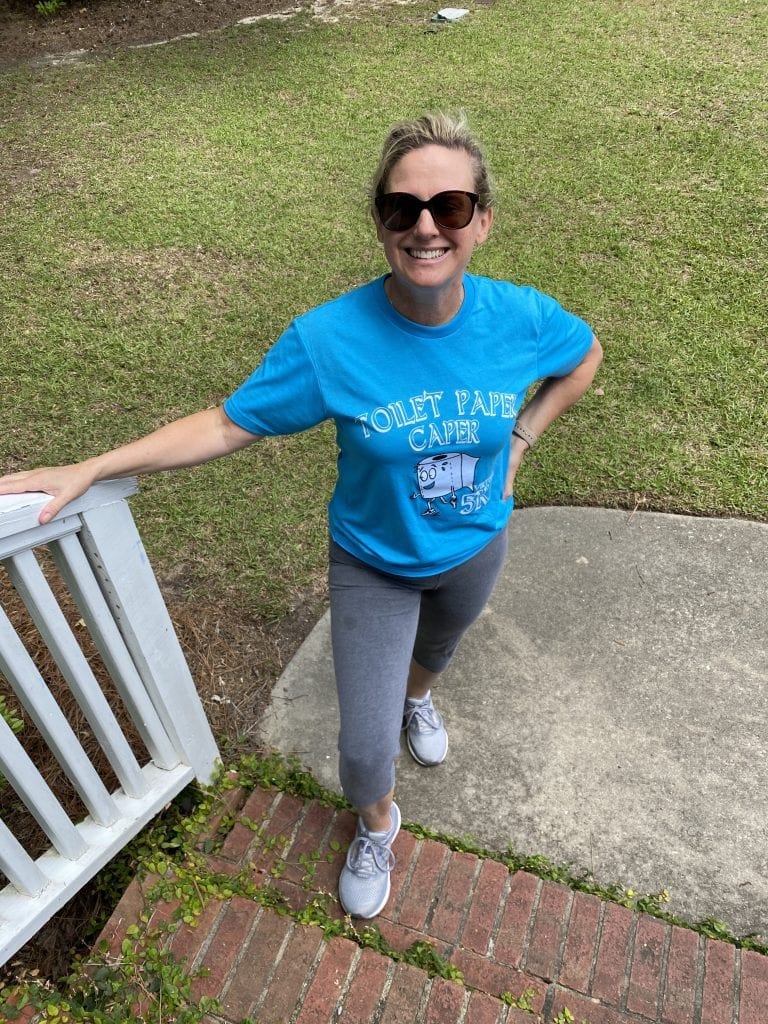 I love to exercise but hate to run.  Back in March, I downloaded a couch to 5K app, an interval training program that promises to have non-runners race ready in six weeks.  At week four, I’m up to five-minute stretches of running with brief times to walk and catch my breath.

The Toilet Paper Caper reminded me of another race I completed, the Shandon Turkey Trot.  There was a ten-mile option, but I did the five. I did a little running, but mostly I walked the course.  The finish line was in sight, normally a good thing, but something was very wrong.  I spotted one of my co-workers, who is a serious runner, ahead of me.  We should not be finishing at the same time.

Monday morning, I told her I finished closely behind her and was confused how that could be.  She said she was having an off morning and her time was unusually slow.  That still didn’t seem right.  We continued talking about the race, and she said she didn’t know I was such a strong runner. I’ve been called many things but “strong runner” is not one of them.  I knew there was something else going on.  Turns out she completed ten miles in the same amount of time it took me to finish five.  She was literally twice as fast as I was, even on what she called a bad day.

During this shutdown, I’ve been exercising as much as I can.  These are unusual times, and even the most laid-back folks feel the stress.  Exercise cures many ills.

I’ve done lots of 5Ks, usually very slowly, but never a virtual race. I hope the Toilet Paper Caper will be my first and only virtual race.  Races need people.  Runners and walkers need to stand behind the start line and look at the American flag while they sing the national anthem.  They need to feel strong when they pass someone, even if it’s someone much older or someone pushing a stroller.

A race isn’t a race without volunteers handing out cups of water and friends and family cheering from the side.  Running or walking a race in isolation is not the same. I applaud our local running store, Fleet Feet, for trying to make the best of a difficult situation.  I appreciate them encouraging folks to stay active, but I look forward to a 5K with people and a real start and finish line.  Maybe I’ll use my real name.  We’ll see.  Depends on how this training program goes.

Tammy Davis is a writer and teacher in Columbia, SC.  Visit www.tammydavisstories.com for parts one-four of the Corona Chronicles and to read more stories about her attempts to stay fit and healthy.