Two Lexington County School District One students earned prestigious National Merit Scholarships this week. Reagan K. Green, a senior at River Bluff High School, and Emma G. Powers, a senior at Lexington High School, were chosen from a talent pool of more than 15,000 outstanding finalists in the 2020 National Merit Scholarship Program. They will each receive a $2,500 scholarship.

The finalists in each state demonstrated the strongest combination of accomplishments, skills and potential for success in rigorous college studies. The number of winners named in each state is proportional to the state’s percentage of the nation’s graduating high school seniors.

These scholars were selected by a committee of college admissions officers and high school counselors who appraised a substantial amount of information submitted by both the finalists and their high schools, including the following: the academic record, including difficulty level of subjects studied and grades earned; scores from the Preliminary SAT/National Merit Scholarship Qualifying Test (PSAT/NMSQT®); contributions and leadership in school and community activities; an essay written by the finalist; and a recommendation written by a high school official.

Green, who achieved a weighted grade point average of 5.18, scored a 1520 on the SAT and a 35 on the ACT. She is a member of the National Honor Society, Beta Club and National Spanish Honor Society. She is also a member of RBHS’s Chamber Choir and the South Carolina All-State Choir. Green was accepted in the University of South Carolina’s Honor College and named a Top Scholar, as one of the university’s most distinguished merit award recipients. She plans to study English and linguistics, and become a college professor.

“For me, our school district has been a great place to learn,” said Green. “I’ve been surrounded by some really great and smart classmates who challenge me, help me keep up my drive and not become complacent. My teachers also continuously support me and challenge me academically and personally.”

Powers earned a weighted GPA of 5.27 and scored a 1530 on the SAT and a 32 on the ACT. A member of the National Honors Society, she was named a Palmetto Fellow. Captain of the Lexington High girls’ soccer team and an all-region player two years in a row, she is also a member of the South Carolina United travel soccer team and a worship leader at Mt. Horeb United Methodist Church. She enjoys writing, recently completing and self-publishing a book of poetry as well as a novel.

“I feel my teachers have prepared me 100 percent for success in college,” said Powers. “I’m excited about the new challenges I will face at college this fall. I look forward to having more independence and figuring out which career will be best for me.” 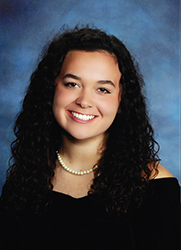 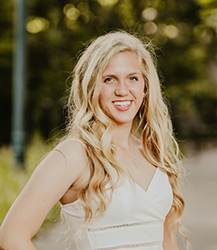 This year’s National Merit Scholarship Program began in October 2018 when more than 1.5 million juniors in approximately 21,000 high schools took the PSAT/NMSQT, which served as an initial screen of program entrants. Last fall, the highest-scoring participants in each state, representing less than one percent of the nation’s high school seniors, were named semifinalists on a state-representational basis. Only these 16,000 semifinalists had an opportunity to continue in the competition.

From that semifinalist group, some 15,000 students met the very high academic standards and other requirements to advance to the finalist level of the competition. At the conclusion of the 2020 program, about 7,600 finalists earned the “Merit Scholar” title, receiving a total of more than $30 million in college scholarships.