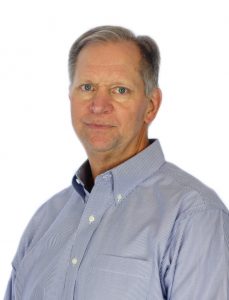 “We are pleased to add someone with Mike’s wide-ranging expertise and in-depth understanding of all aspects of our business,” said Jefferson Harralson, Chief Financial Officer of United Community Bank. “As our balance sheet continues to grow, Mike’s industry insights and oversight of our financial operations will be critical to our ability to scale successfully.”

Prior to joining United Community Bank, Mr. Buttner was a founding member of Milepost Capital Management, a bank treasury advisor and mortgage fund. He also served as Chief Risk Officer at Hatteras Financial, where he managed all aspects of the mortgage REIT risk. From 1990 until 2013, Mr. Buttner held a number of senior positions with First Union and its successors, Wachovia and Wells Fargo. This included Head of Bank Strategy and Head of Mortgage Trading at Wells Fargo Securities. Earlier in his career, he was CEO of Wachovia Bank International, Wachovia’s European bank platform, and led Wachovia’s portfolio management team.

“I’m thrilled to join United Community Bank. This is an exciting time for the bank and I look forward to working with the whole team. I hope to utilize my broad experience to help as the bank looks to expand services, products and capabilities across the Southeast,” said Mr. Buttner.

Mr. Buttner began his career in New York working for Contitrade Services, a Continental Grain subsidiary followed by Salomon Brothers in analyst and accounting roles. He moved to Charlotte in 1990 to join First Union as an asset liability analyst in the treasury department. Mr. Buttner holds a BS in Finance and Accounting MBA from Fordham University.