South Carolina’s economy is strong and has recovered from most COVID-19 pandemic-related losses, according to University of South Carolina economists Douglas Woodward and Joey Von Nessen at the Darla Moore School of Business. The outlook, which was presented on Tuesday, Dec. 7, in-person and via livestreaming, highlighted this strong statewide recovery, including the job and income gains the state has made along with broader rates of economic growth that have returned to pre-pandemic norms.

“There’s no question that South Carolina’s economy is in good shape as we head into 2022,” according to Von Nessen. “Barring any new setbacks resulting from new COVID-19 variants, we anticipate that South Carolina will be fully recovered next year.”

This recovery is most noticeable in the Upstate and in the coastal regions of South Carolina, which contain high concentrations of the surging logistics, manufacturing and construction industry sectors.

“The demand for consumer goods in the United States is more than 25 percent higher than it was just before the pandemic began, and South Carolina manufacturers are directly supplying this high level of demand. In addition, because population growth in the southeastern U.S. is leading the nation, we are seeing historically high demand in our state’s logistics sector — helping deliver consumer goods to more people,” Von Nessen said. “All of this activity places South Carolina at the center of our country’s economic recovery on both the supply and demand side.”

“The current high rate of inflation is having real consequences for South Carolinians,” Von Nessen said. “Roughly 40 percent of South Carolina’s workforce has seen a loss in purchasing power this year due to rising prices.”

While high inflation may begin to subside in 2022 if the Federal Reserve raises interest rates as is currently expected, the state’s labor shortage represents a long-term challenge for the state.

“Approximately two-thirds of people who move to South Carolina are aged 55+. This means that a majority of in-migrants are either close to or past traditional retirement age, which will likely exacerbate the state’s existing labor shortage over time,” Von Nessen said. “Businesses are already adjusting to this worker scarcity, but the upside is that for workers themselves, this is the best job market in a generation.”

Woodward discussed the consequences of the Federal Reserve pumping an unprecedented $5 trillion into the U.S. economy during the pandemic and keeping interest rates at historic lows. 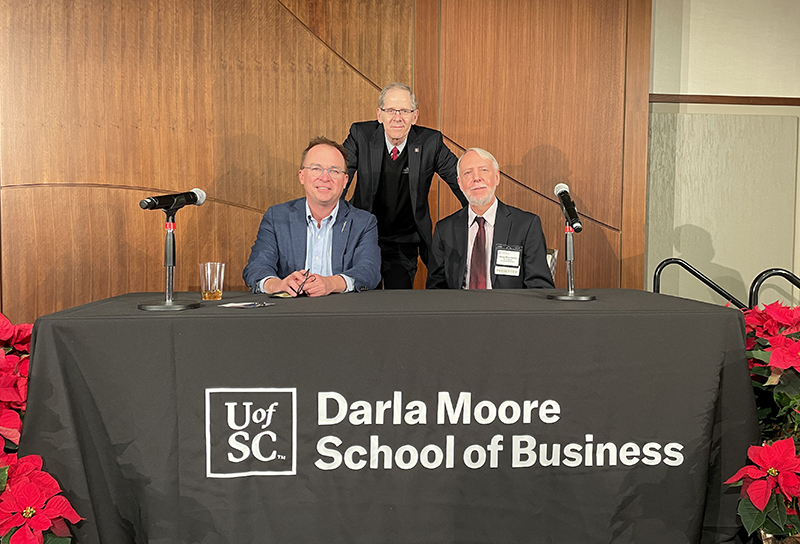 As a result, asset prices have soared — from home values to stocks and cryptocurrencies. An unintended consequence, Woodward says, “…has been to exacerbate America’s wealth inequality between ‘haves’ and ‘have nots.’”

Woodward also raised concerns about what will happen as the central bank scales back this easy money policy in the coming year. 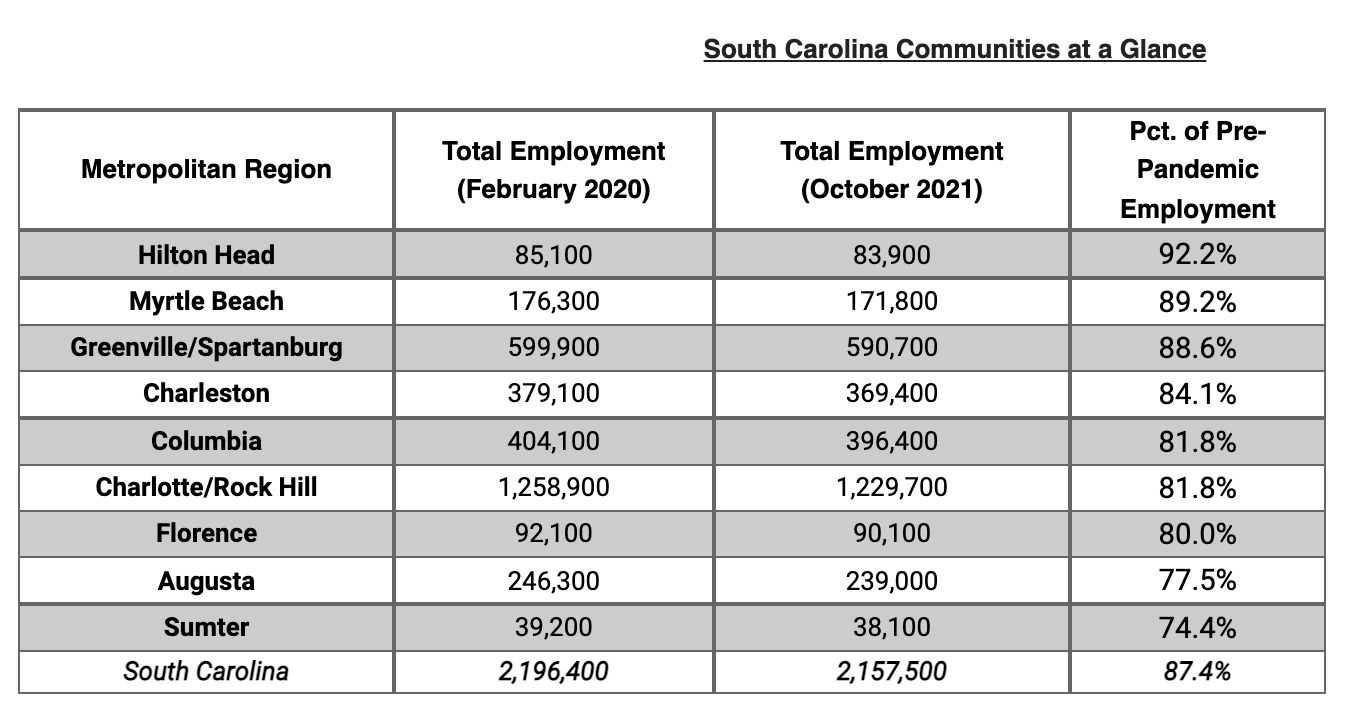