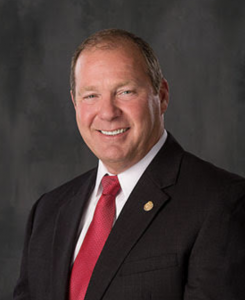 After 37 years of dedicated service to the West Columbia Police Department, Chief Dennis Tyndall is announcing his retirement. Chief Tyndall will remain with the Police Department during the search for the next Police Chief.

Over the years, Chief Dennis Tyndall has achieved many awards and been recognized for his accomplishments including:

West Columbia Police Chief Dennis Tyndall said, “Serving the City of West Columbia as Police Chief for 24 years has been one of the most rewarding experiences of my life. It has been an honor to lead one of the best groups of professional law enforcement officers and staff in the state of South Carolina. I look forward to assisting the City during the transitional process as they bring on a new Chief.”